Friday, May 19, 2017.  Chaos and violence continue, The Mosul Slog continues, AP doesn't think the refugee crisis created by the slog is important for US news consumers (differs on the international scene), and much more. 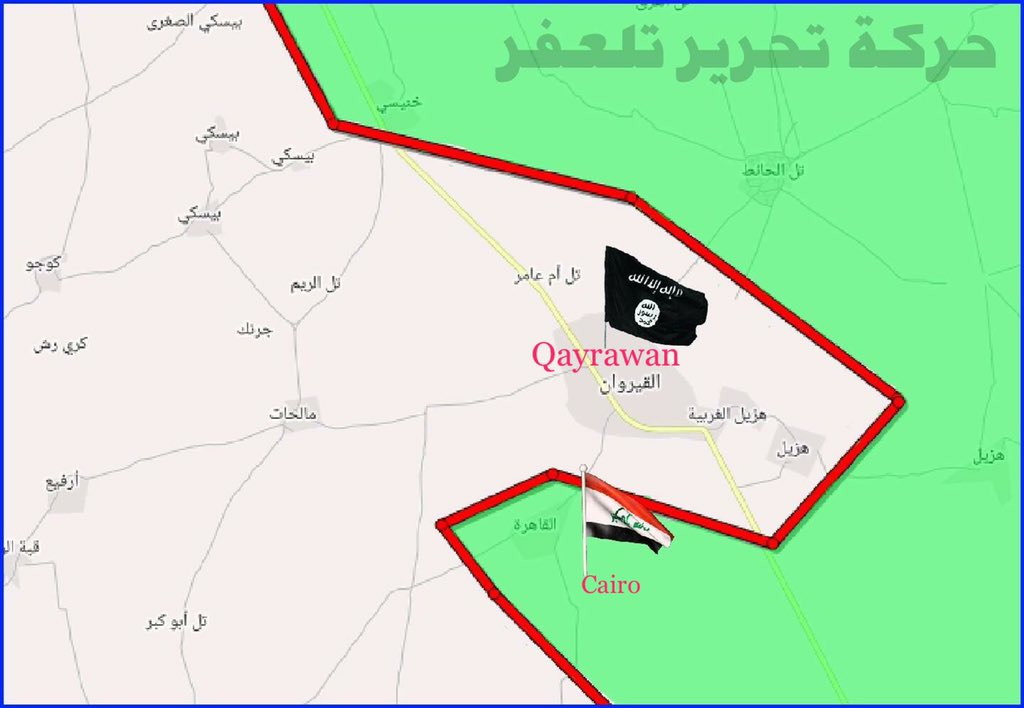 
Meanwhile, does AP have a prankster in its midst?

That would explain this headline "Airstrikes fuel Mosul gains as Iraq pushes for quick victory."

It could also be explained by an urge to cover for empire and that motive would also explain the need to pretend that The Mosul Slog has two parts.

That has not been the case.

Instead, AP splits it up into two because 100 days looks a lot more successful than the 212 days the operation has been going on.


How else do they make it look better?


Some 500,000 people have fled western Mosul since February and the United Nations warned another 200,000 may be forced to flee as the operation continues.
U.N. humanitarian coordinator Lise Grande called the numbers "overwhelming."

17 paragraphs into the article before you find the above.

The refugee numbers are "overwhelming."

And that's not the lede?

AP should try to explain that.

Overseas, AP emphasizes the refugee crises and even makes it the headline.  But for US audiences, it's a different story. 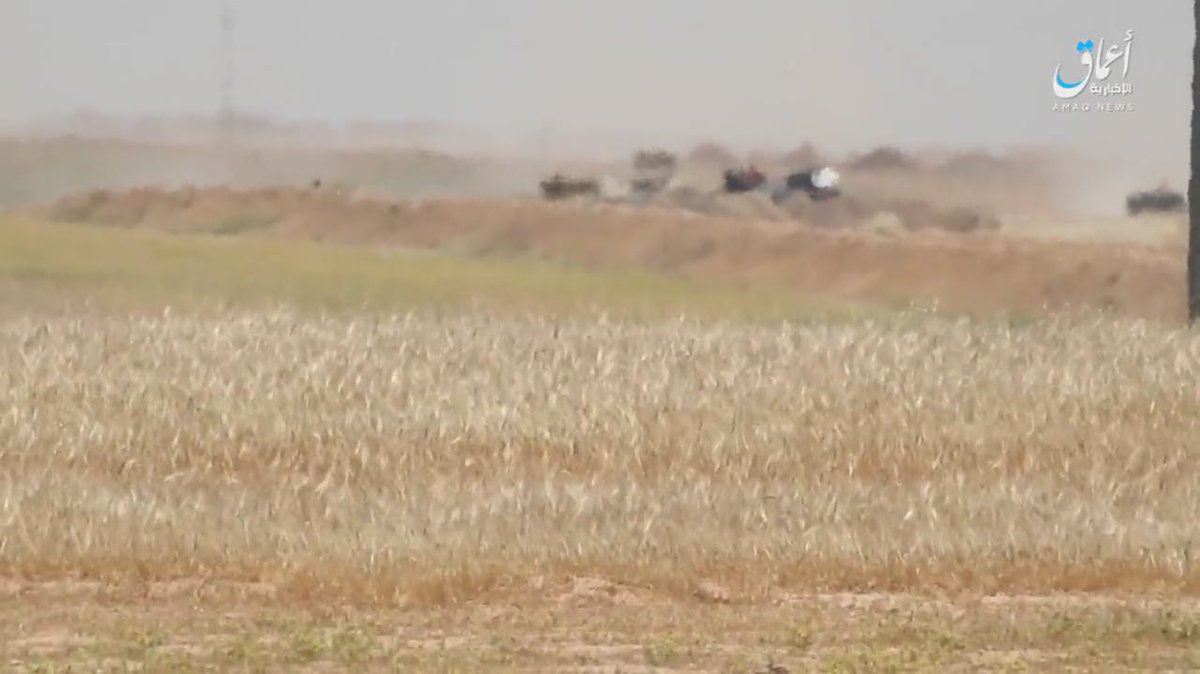 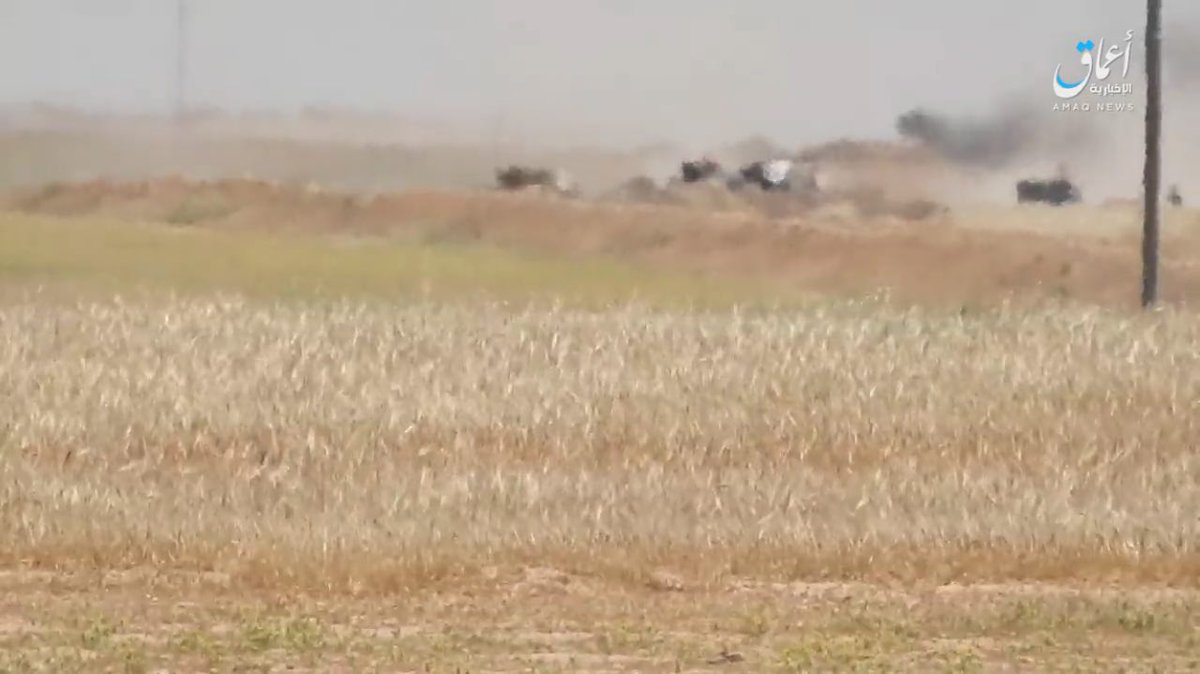 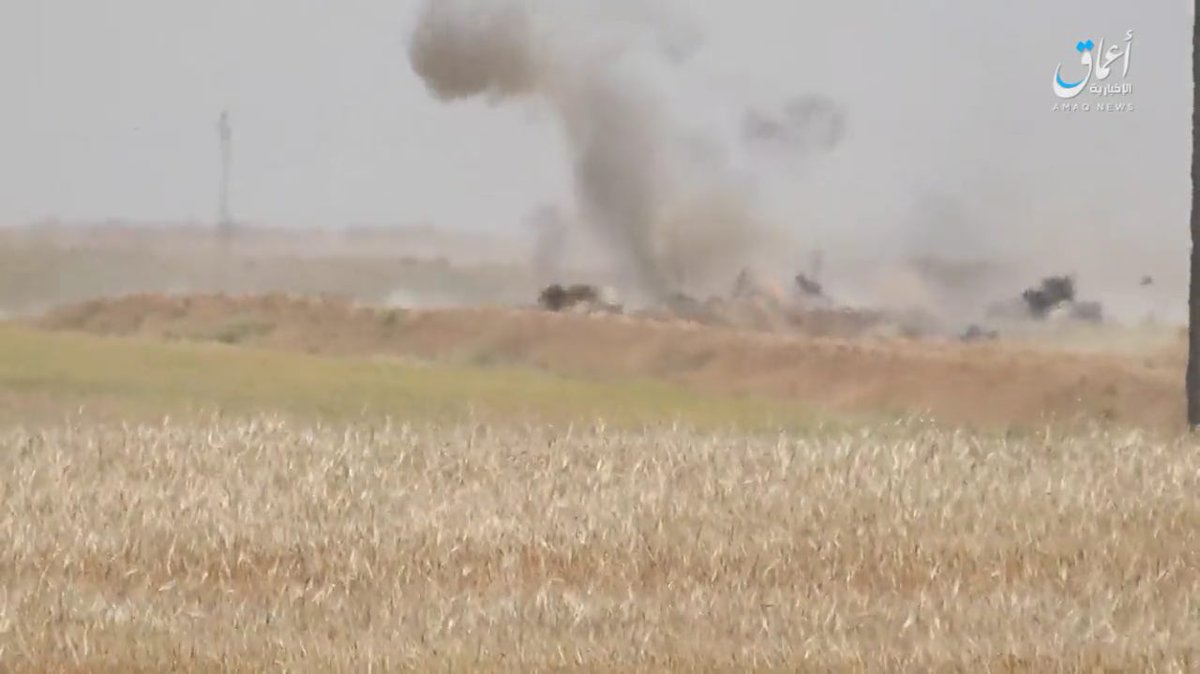 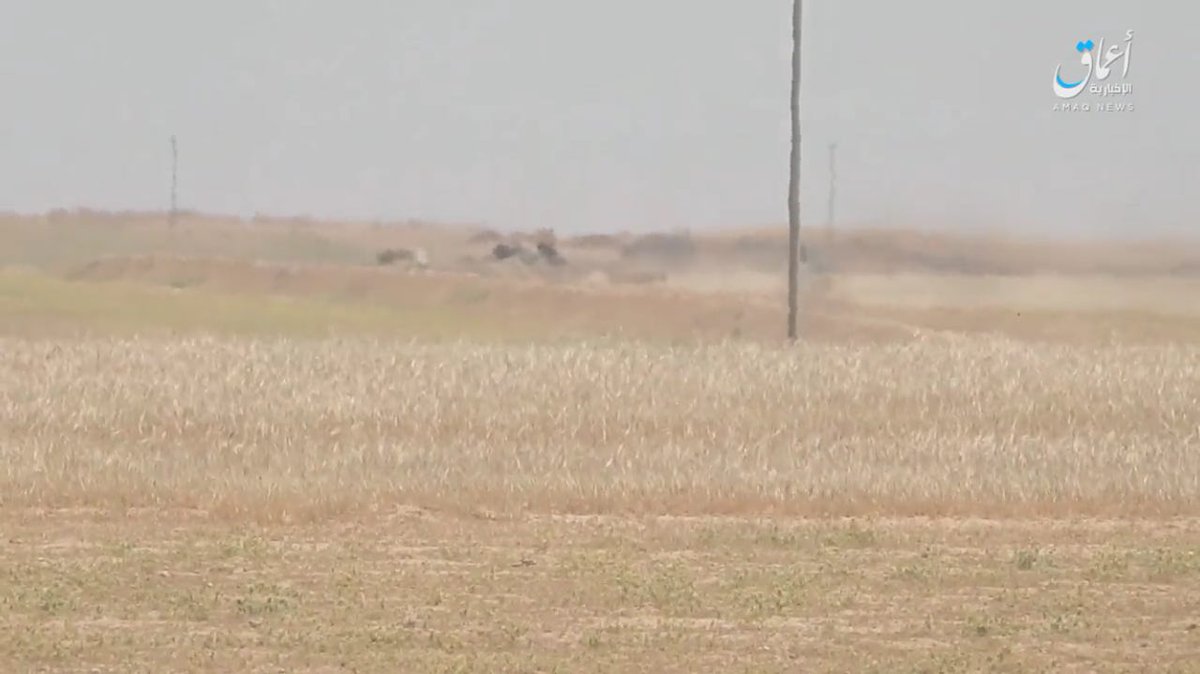 In a blow to the CIA, Nawshirwan Mustafa has died.  Idris Okuducu (ANADOLU AGENCY) reports he was 73-years-old and that he passed away "following a long illness."  Left out of the announcement is that the CIA provided him with seed money for Goran -- a political party that they hoped would make the Kurds easier to control.

Goran had increased in popularity in the last elections; however, this was in part due to the PUK falling out of favor as a result of the deceptions regarding Jalal Talabani's health.

Whether Goran can **retain** its lead over the PUK without Mustafa will be interesting to see.

(The Barzani's KDP remains the dominant political party in the Kurdistan Region.)

In the US, whistle-blower Chelsea Manning has been released.


Monday April 5, 2010, WikiLeaks released  military video of a July 12, 2007 assault in Iraq. 12 people were killed in the assault including two Reuters journalists Namie Noor-Eldeen and Saeed Chmagh. Monday June 7, 2010, the US military announced that they had arrested  Chelsea Manning (then known as Bradley Manning) and she stood accused of being the leaker of the video. Leila Fadel (WASHINGTON POST) reported in August 2010 that Manning had been charged -- "two charges under the Uniform Code of Military Justice. The first encompasses four counts of violating Army regulations by transferring classified information to his personal computer between November and May and adding unauthorized software to a classified computer system. The second comprises eight counts of violating federal laws governing the handling of classified information." In March, 2011, David S. Cloud (LOS ANGELES TIMES) reported that the military has added 22 additional counts to the charges including one that could be seen as "aiding the enemy" which could result in the death penalty if convicted. The Article 32 hearing took place in December. At the start of this year, there was an Article 32 hearing and, February 3rd, it was announced that the government would be moving forward with a court-martial. Chelsea had yet to enter a plea. The court-martial was supposed to begin before the November 2012 election but it was postponed until after the election so that Barack wouldn't have to run on a record of his actual actions.  INDEPENDENT.IE added, "A court martial is set to be held in June at Ford Meade in Maryland, with supporters treating him as a hero, but opponents describing him as a traitor."  February 28, 2013, Chelsea admitted he leaked to WikiLeaks.  And why.


Chelsea:   In attempting to conduct counter-terrorism or CT and counter-insurgency COIN operations we became obsessed with capturing and killing human targets on lists and not being suspicious of and avoiding cooperation with our Host Nation partners, and ignoring the second and third order effects of accomplishing short-term goals and missions. I believe that if the general public, especially the American public, had access to the information contained within the CIDNE-I and CIDNE-A tables this could spark a domestic debate on the role of the military and our foreign policy in general as [missed word] as it related to Iraq and Afghanistan.
I also believed the detailed analysis of the data over a long period of time by different sectors of society might cause society to reevaluate the need or even the desire to even to engage in counterterrorism and counterinsurgency operations that ignore the complex dynamics of the people living in the effected environment everyday.


For truth telling, Chelsea was punished by the man who fears truth: Barack Obama.  A fraud, a fake, a 'brand,' anything but genuine, Barack is all marketing, all facade and, for that reason, must attack each and every whistle-blower.  David Delmar (Digital Journal) points out, "President Obama, while ostensibly a liberal advocate of transparency and openness in government, and of the 'courage' and 'patriotism' of whistleblowers who engage in conscientious leaks of classified information, is in reality something very different: a vindictive opponent of the free press willing to target journalists for doing their job and exposing government secrets to the public."


Tuesday, July 30, 2013, Chelsea was convicted of all but two counts by Colonel Denise Lind, the military judge in his court-martial.

That's not hidden history, that's made up inventions.

It's also insulting as it implies the favorite western narrative of all time: The natives were too stupid on their own and needed a White savior to rescue them.

The occupation of Iraq was authorized under a UN mandate which was yearly.

Each year, the prime minister of Iraq would renew it.

Nouri al-Maliki came under tremendous pressure near the end of 2006 for renewing it -- pressure within Iraq.  He promised that he would put it before Parliament the next year.

In 2007, he renewed it and did not go before Parliament.

The Status of Forces Agreement was a three year contract for that reason -- he did not want to take the hit each year as the supporter of occupation in his own country.


Chelsea Manning did a heroic thing and the video of the attack on the REUTERS reporters probably woke a few up in the US.

However, this was not news to the Iraqi people.

They saw the foreign military do that (and far worse) in their country on a regular basis.  There was also the issue of Blackwater and other mercenary groups.

Chelsea did a great job and her actions were heroic.

But let's not pretend that the Iraqi people needed Chelsea -- seven years into the Iraq War -- to tell them how they were being treated on a daily basis.  It's insulting.


Also in the US, Carlo Munoz (WASHINGTON TIMES) reports on statements made to a think tank:

The U.S. may need to keep as many as 20,000 troops and other military personnel in Iraq, even after the Islamic State is driven out, to stabilize the country, the former head of the Pentagon’s policy shop said Thursday.
A postwar force of between 4,000 to 8,000 American troops “is probably sufficient” to help local security forces ensure security in Iraq as ISIS faces defeat in its final stronghold in Mosul, Eric Edelman, the Pentagon’s top policy official during the George W. Bush administration, said in an interview.
The U.S. forces would likely be deployed as advisers, not combat troops, to support Iraq’s police and military forces, he said.

The South Central Michigan Greens will hold their monthly meeting on
Saturday, May 20 from 5 to 7pm in the meeting room at the Albion
Biggby's Coffee, 217 East Michigan Avenue.

The meeting had been scheduled for 2:30 to 4:30pm in the Elsie Munro
Room at the Albion District Library, but the plans changed after
water-main work on Superior Street was announced to begin on Wednesday.

The Green Party of Michigan local group was formed earlier this year. It
covers Calhoun, Jackson, and Hillsdale Counties, and has been meeting in
various places to reach out to the communities.

Planning an ongoing schedule of dates and places for future meetings
will be on the agenda.  So will discussion of issues and activities to
get involved in, materials on how to campaign for office and how to go
door-to-door to find new members and issues, and information about the
state party's opposition to a misleading ballot proposal.

NOTE:  East Michigan Avenue is north of the downtown construction zone;
Biggby's is a block and a half east of Superior Street, on the north
side of Michigan.  Those entering town from the EAST can Exit 124 off
I-94 onto Michigan Avenue and go west until they reach the coffeeshop.
Those entering town from the WEST can take Exit 121 south into town on
Eaton, turn left at the second stoplight to continue on Business Loop
94, turning right and then left again at the next stoplight which is
Michigan Avenue.