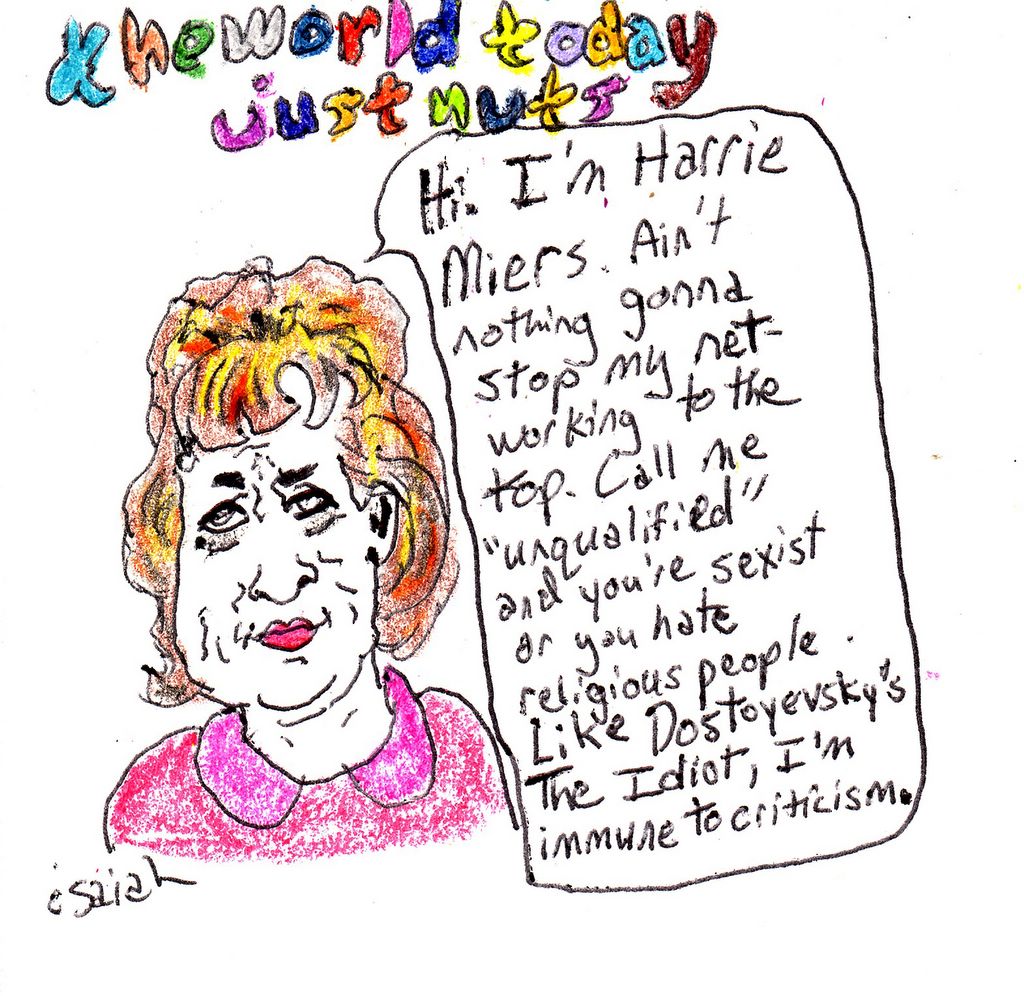 "I would be very hard pressed to think of a good historical analogy," Richard Baker, the Senate historian, said. "I don't think there is one."
Though past nominees have faced swift opposition, what makes Ms. Miers's nomination extraordinary, historians say, is the combination of doubts about her philosophy from within the president's own party and attacks on her legal qualifications from both sides of the aisle.
"Harriet Miers is in a real danger zone," said Lee Epstein, a political scientist at Washington University in St. Louis who uses statistical models to study public perceptions of past Supreme Court nominees. "Our models right now are showing that she would get confirmed, but I would be worried if I was the president," she said. The early calls for withdrawal, the "intraparty attacks" and the questions about her qualifications, Ms. Epstein said, are what make Ms. Miers's nomination "reasonably unique."
Speaking on NBC's "Meet the Press" on Sunday, Senator Charles E. Schumer, a New York Democrat on the Judiciary Committee, said, "I think if you were to hold the vote today, she would not get a majority either in the Judiciary Committee or on the floor."


The above is from David D. Kirkpatrick's "Bush Choice Gets Criticisms Rare for Nominees to Court" in this morning's New York Times. I think Rebecca's said it best with "harriet miers - no mystery there" and "harriet miers unqualified now, still & always." I'd also recommend The Third Estate Sunday Review's "Editorial: Did we miss the memo?" as well as Isaiah's comic at the top of this post. Miers isn't qualified.

Your position regarding the nomination of Harriet Miers to become an Associate Justice of the Supreme Court of the United States is increasingly untenable, even with your own Party, for reasons well known to you.
Moreover, before the general public, the nomination has a distinct aroma of cronyism deeply marinated in a sauce of secrecy. You have chosen your chief legal counsel and loyal political supporter. Nominating your confidante and insisting that her White House record be confidential is a difficult sell to the American people. They may believe that you can't have it both ways. If you wish to maintain internal White House confidentiality, then do not nominate a confidante to the highest court in the land.
A major responsibility of the White House Counsel is to advise the President on the legality of various courses of action. This, undoubtedly, has kept her very busy. The Senate and the people deserve to learn how she has performed in this regard.