Iraq and the confusing coverage

NADAQ reports that the Iraqi government  notified Turkey yesterday that they have 48 hours to remove their country's troops from Mosul.  ARUTZ SHEVA adds that Iraq's prime minister Haider al-Abadi has declared he will appeal the issue to the United Nations Security Council if Turkish troops are not removed.

As various outlets babble on about this, they still can't figure out what happened or how -- most evident when they attempt to tell you the troops are there at the invitation of the governor of Nineveh -- as they offer two different names for who occupies that post currently.

On CNN this morning, empty heads pretend to discuss Barack Obama's speech last night.  Pretend?  They defocus on every minor issue.  Fareed Zakaria was especially stupid and dense -- although it was a close battle.  He focused on language and couldn't even argue the point he wanted to correctly.

I'm limited in what I can say here because Ava and I took on this nonsense for Third with regard to Robin Morgan playing stupid (and hateful) on WBAI.  Fareed's stupidity is related to Morgan's so I'll probably go into it in the snapshot tonight if Third posts new content before the snapshot goes up.

But Fareed's sticking to the most minor point of the speech and can't even make his argument there correctly.

And isn't limited to the United States. 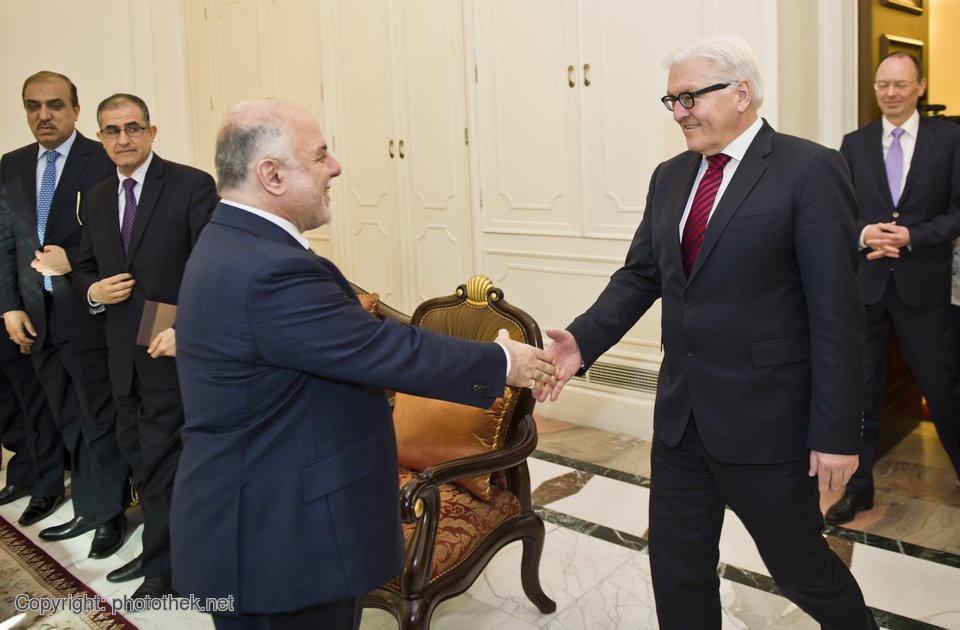 
US Secretary of Defense Ash Carter tried to pimp a similar lie to a Congressional Committee last week (House Armed Services Committee) and seemed surprised that both Democrats and Republicans on the Committee rejected the lie.


Haider al-Abadi has had a year and there are no reforms.

Opening a tiny part of Baghdad's Green Zone (not the full Green Zone) to a small group of people (not all Iraqis) is meaningless.

But all of his garbage has been meaningless -- and appalling when you grasp that he's had over a year now to produce results.

All he's produced if continued failure which is why Nouri al-Maliki is in the best position yet to stage a coup.

And if that happens, that will be as much Haider's fault as anyone else's since he's failed to draw a significant line between his administration and Nouri's -- leading so many Iraqis to conclude he and Nouri are basically the same.

And if that's news to you, you need to embrace your own stupidity, give it a great big hug.

At this late date, there's no reason for you to take lazy American media at its word or to pretend that the White House has any idea what it's doing in Iraq (Barack has no coherent strategy).


One image may capture better than any other a feeling many Iraqis have regarding the leadership in the country. 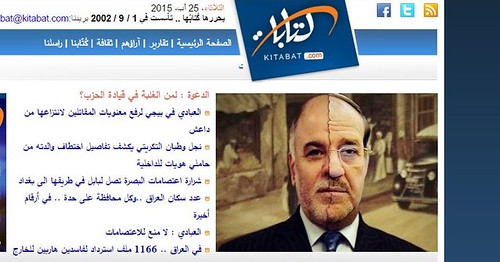 That's from the Kitabat website and 1/2 the face is current Iraqi Prime Minister Haider al-Abadi while the other half is former Prime Minister Nouri al-Maliki.


The NEW YORK TIMES may tell you Nouri wants his post back, may quote his colleagues about his coup planning, but they fail to tell you how Haider is seen.

Haider is seen as Nouri's twin because of his failure to be any different from Nouri.

And his lies are only exceeded by his ineptitude.

Still being bombed by Iraqi forces.

Despite Haider's pledge -- public declaration -- in September 2014 that he had stopped these bombings.

They were words (lies) for the benefit of the west.

And so many western outlets presented them as truth.

In Iraq, the realities of what happened (and what did not) were better known.

A War Monger from Iraq loves to Tweet in support of Haider and, in fact, wrote a piece recently praising Haider for his 'reforms.'

Searching high and low, the War Monger found that Haider had stopped the purchase of pricey cars for the Parliament.  In a country where billions have disappeared, this $150,000 'reform' didn't make a bit of difference.

But that's true of Haider al-Abadi's entire effort -- it doesn't make a bit of difference.

He refuses to address the fundamental problems, the conditions that allowed the Islamic State to get a foothold in Iraq to begin with -- the ongoing persecution of the Sunni population.