Hagel visits US troops in Iraq

US Secretary of Defense Chuck Hagel is in Iraq.  For POLITICO, it's a chance to prove how they're all fluff and just a gossip rag.

Hagel, their headline insists, is "in Iraq to confer on ISIL strategy."  Philip Ewing and POLITICO are aware Hagel is the outgoing Secretary of Defense.  But they live in a fake world where they have to gin everything -- while supporting no claims -- in order to be 'click bait.'

As a US official, he will meet with various leaders in Iraq while there.  But that's not why he's there.

He's doing the farewell to the troops tour that Secretaries of Defense do when they know they're leaving.  He'd already visited the troops in Afghanistan.  Here's how DoD worded it in their press release:

“The secretary looks forward to gaining first-hand knowledge of coalition progress against the threat ISIL poses to the region, and to ensuring our troops -- and the personnel of our Iraqi and coalition partners -- understand how grateful he is for their service and professionalism,” Kirby said.


However, for POLITICO, this is some major strategy meeting.  Because that's who you send to make new plans and firm up alliances?  The person who's departing?

Hagel, meanwhile, wasn’t up to the job of seriously executing that strategy, according to White House officials, and so Obama asked for his resignation late last month. Officials in Hagel’s camp say the secretary had his own long-standing objections to Obama’s indecisiveness and micromanagement, and he opted to leave on his own. Carter appears likely to be confirmed by the new Republican Senate early next year.

And yet POLITICO doesn't seem to grasp the inconsistency in their statements in that paragraph with the assertion that this is some sort of strategy making session.

Meanwhile, the Iraqi press bills him as "former US Defense Secretary."

Brent Colburn @cbrentcolburn  ·  6h 6 hours ago
At every stop where he talks to troops, #SecDef Hagel thanks each of the troops in attendance personally 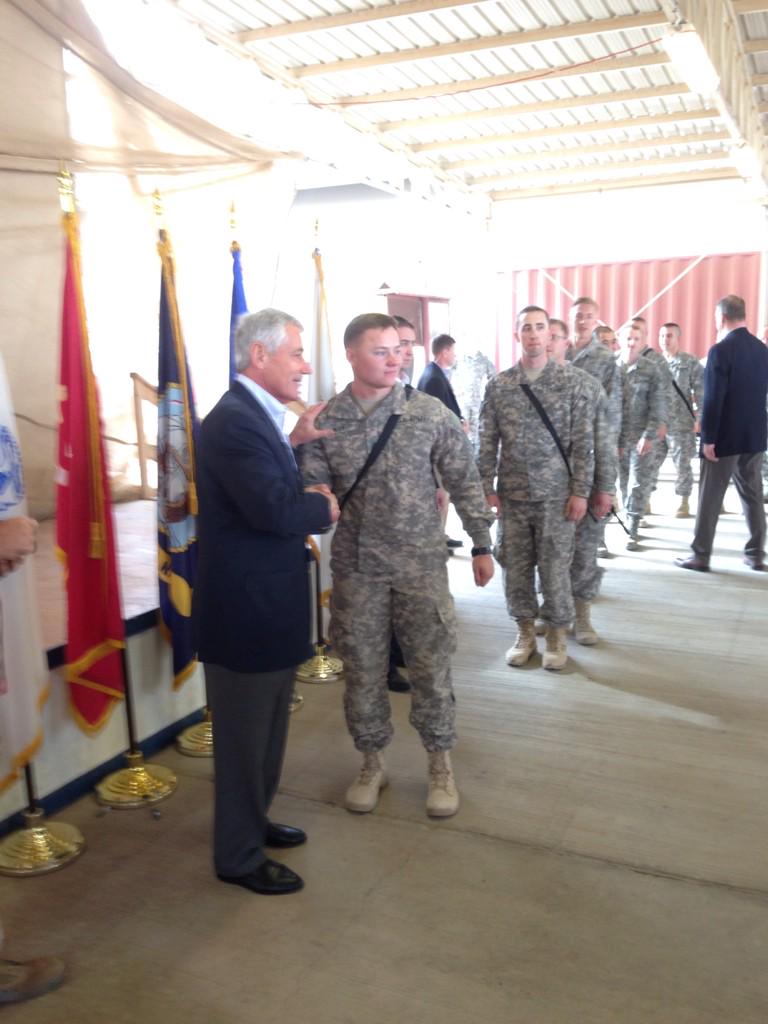 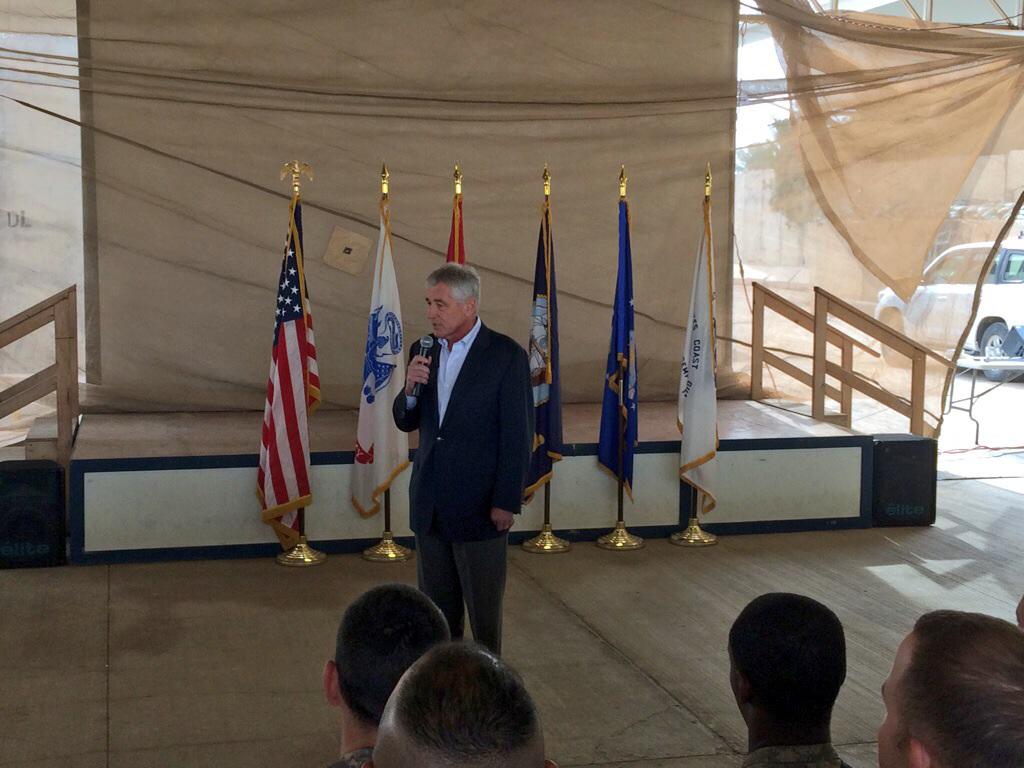 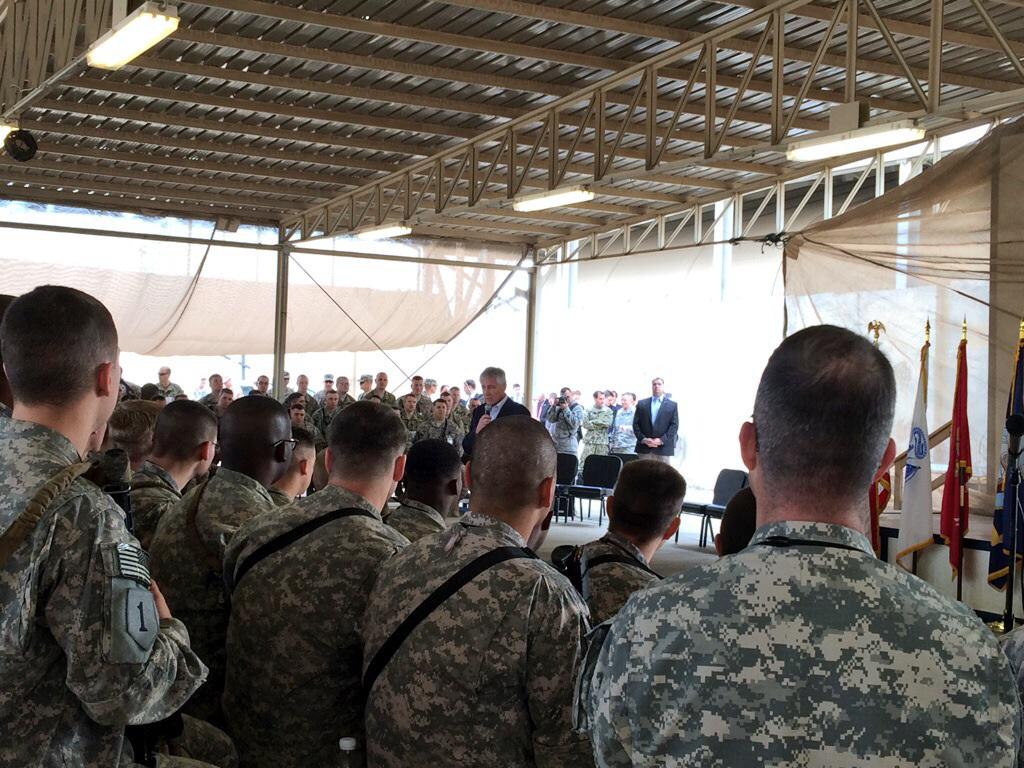 U.S. Dept of Defense @DeptofDefense  ·  7h 7 hours ago
#SecDef Hagel arrived in Baghdad today to visit/thank our troops for their contributions to the fight against #ISIL. 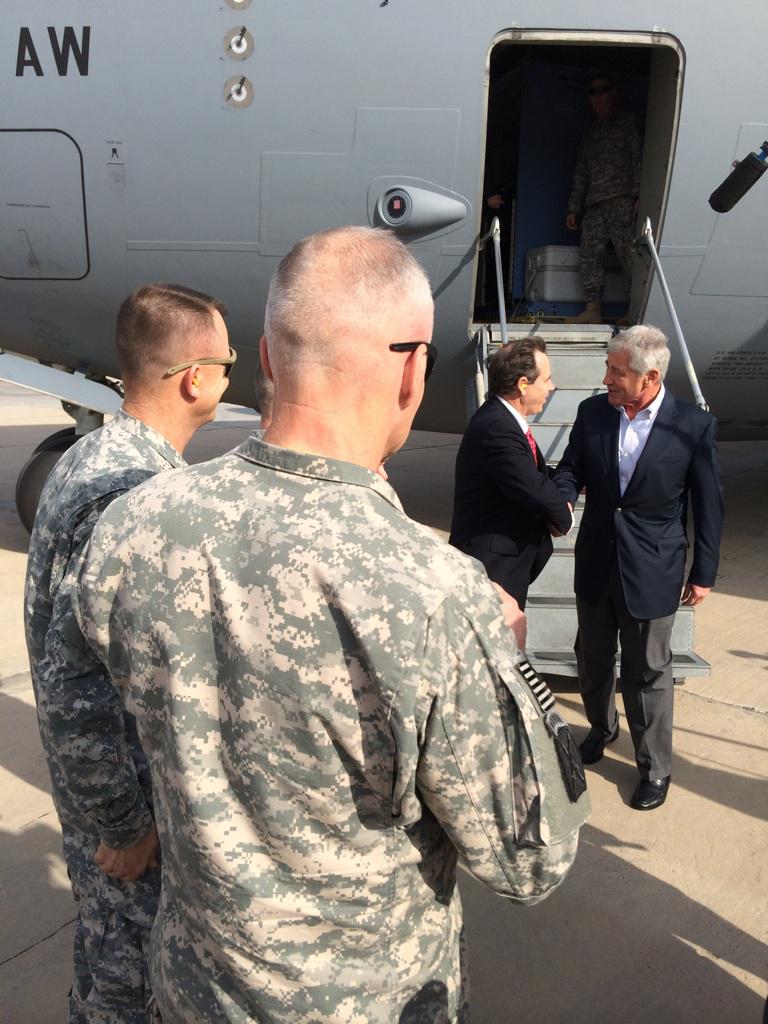 And, for the record, there's nothing wrong in and of itself in including the paragraph POLITICO did that we quoted -- provided they offered more than that.

But they didn't.  They offered gossip.

And, thing is, Rona Barrett's Hollywood found Rona and company doing a better job of teasing out who was sleeping with who and why.

Hagel's in Iraq to thank the troops.  He will convey any message back to the White House but he doesn't exactly have any real pull there now -- a point POLITICO grasps in the paragraph we quoted even if they miss it in the rest of the article.