Why things are not getting better in Iraq 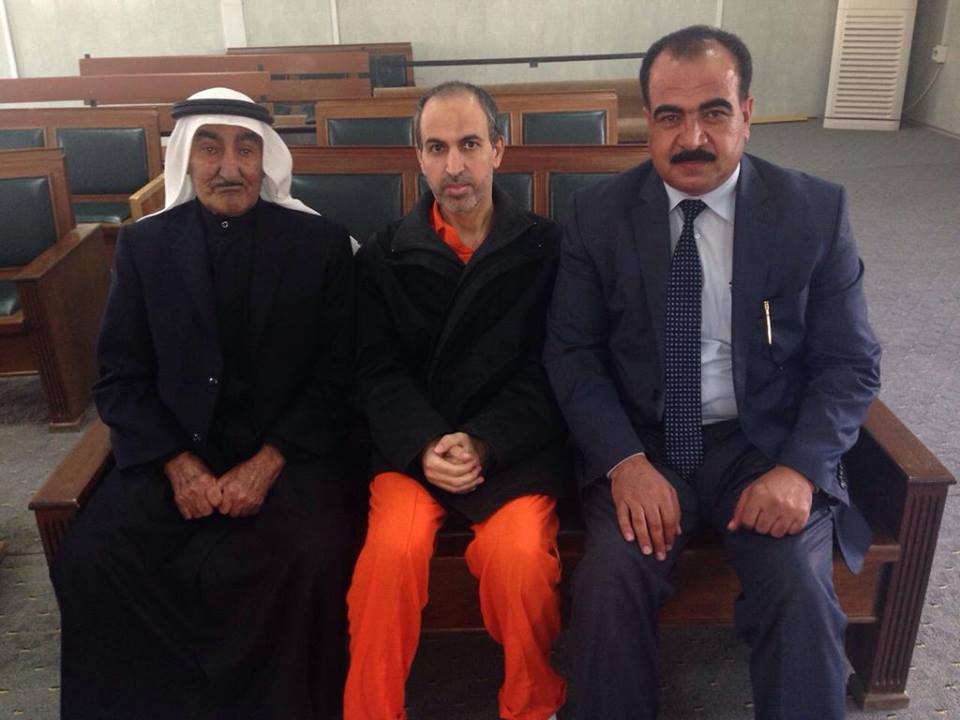 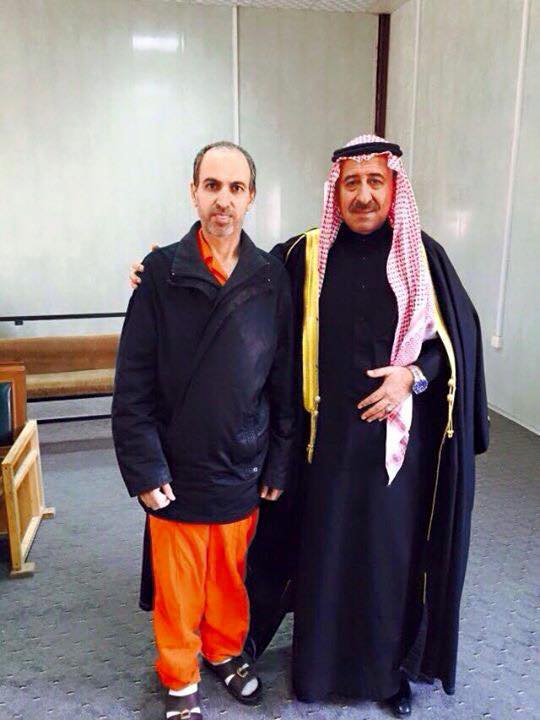 That's one of Nouri al-Maliki's many victims, Ahmed al-Alwani.

And the world should be shocked.

He has easily lost close to 100 pounds since December 2013 when he was illegally arrested on the orders of forever thug and then-prime minister Nouri al-Maliki.

It was an illegal arrest.

But he remains in prison.  He's been sentenced to die.

He wanted to attack last Tuesday but a last minute flurry of meetings by various officials and political blocs caused Nouri to withdraw the forces he had encircling the Ramadi protest square.  Then came Friday.  From that day's snapshot:

Wael Grace (Al Mada) reports Nouri al-Maliki again threatened the protesters today.  He declared this will be their last Friday protest and that he will burn the tents in the protest squares down.  He declared that the protesters were guilty of sedition.  Sedition?  Nouri as William Bligh?  I can see it.  Kitabat notes that he made these remarks in a televised interview.  Kitabat also notes Nouri's been insisting 30 terrorist leaders are hiding in protest tents.


We still can't get to today yet.


That's Falluja on Saturday as tons poured into the street to protest Nouri's latest stunt.


They were protesting the Saturday dawn raid that Nouri's forces carried out on an MP.  MP Ahmed al-Alwani was illegally arrested.  But there's more.  Alsumaria reported that his home was stormed by Nouri's SWAT forces at dawn and that 5 people (bodyguards and family) were killed (this included his brother) while ten family members (including children) were left injured.

By now, we all know the drill.

And he's also, we all know this, a member of Iraqiya.

If you're targeted by Nouri, then you are both things.

Or, as conservative Max Boot (Commentary) put it today, "If it’s the end of December or the beginning of January, it must be time for Prime Minister Nouri al-Maliki to arrest another prominent Sunni politician."

The people of Anbar did not respond well to Nouri breaking the law and arresting an MP.


It was an illegal arrest.

It was Nouri targeting Sunnis yet again.

The arrest outraged a large number of people.

But his damage hasn't been fixed.

Haider al-Abadi looks like a joke or a liar -- take your pick -- because he mouths a lot of words which mean nothing.

The Sunnis are tired of seeing their own persecuted and targeted.

And Haider's not done a damn thing to change it.

That's why we didn't even bother with his latest prattle about tribal leaders step up.

So he can have you killed?  Mowed down?

Haider al-Abadi was supposed to represent a change for Iraq but nothing has changed.

The White House is failing.

They have the tools to utilize.

If Haider doesn't want to be inclusive, then, for example, no tanks.

But the White House won't do a damn thing.

Just like they refused to do a damn thing when Nouri was killing protesters, when he was having tanks encircle the homes of his political rivals, when he was ordering them arrested.

And look at Iraq today.

Ahmed al-Alwani. does not look well.

It's a further indictment of the Iraqi 'legal' system.

Repeating, he's lost around 100 pounds in about 13 months.

Haider al-Abadi has done nothing to right the wrongs and that's why the Sunnis don't trust him.

And the White House is letting the opportunity to prove that there's a difference between Haider and Nouri slip right by.  They're also blowing any chance at an inclusive Iraq.