The Hawija massacre (because Barack held hands with a terrorist)

For all the liars who claim the current problems in Iraq have nothing to do with Barack Obama, let's note this from Iraqi Spring MC. 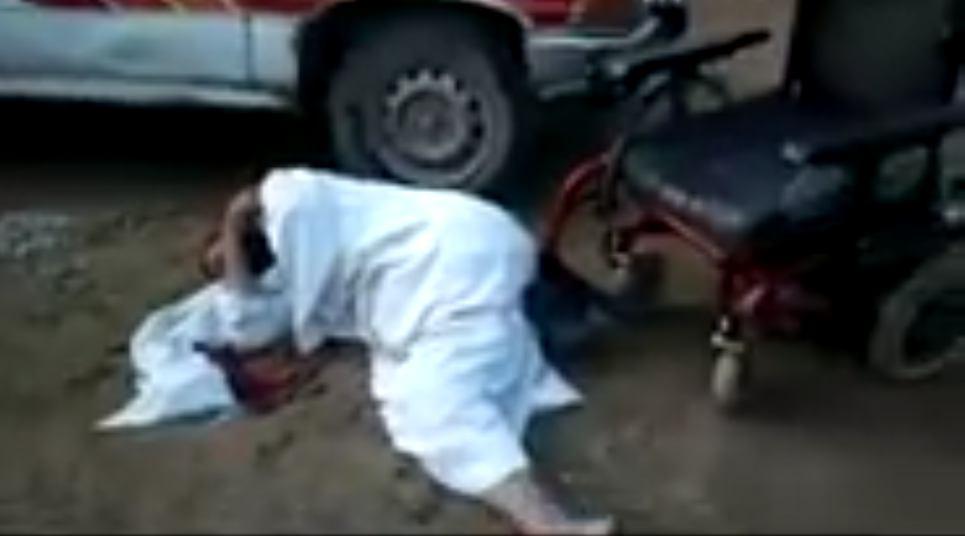 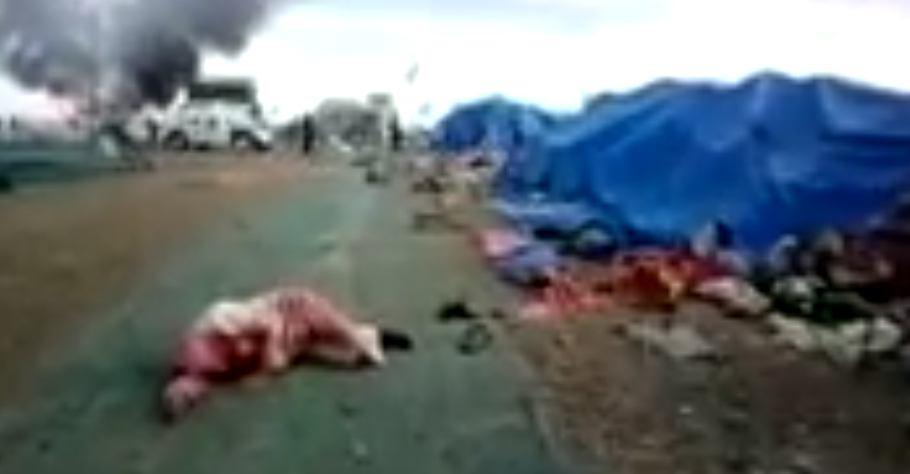 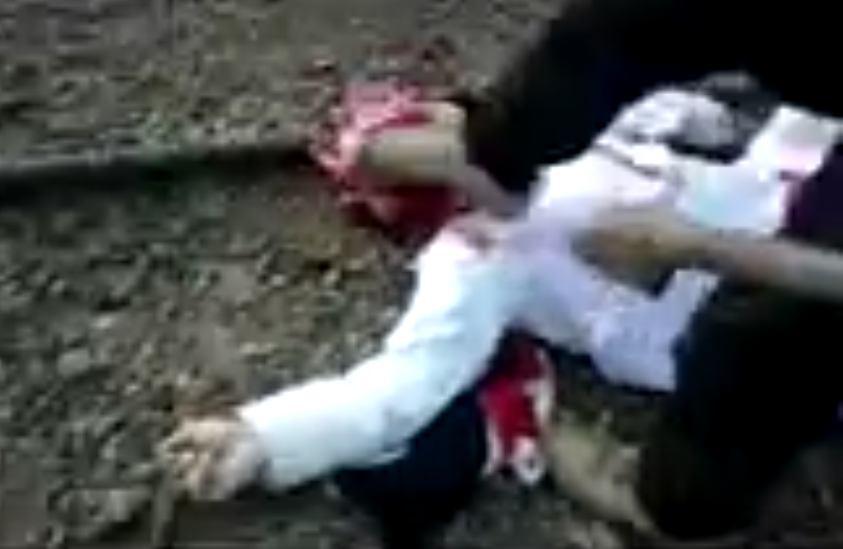 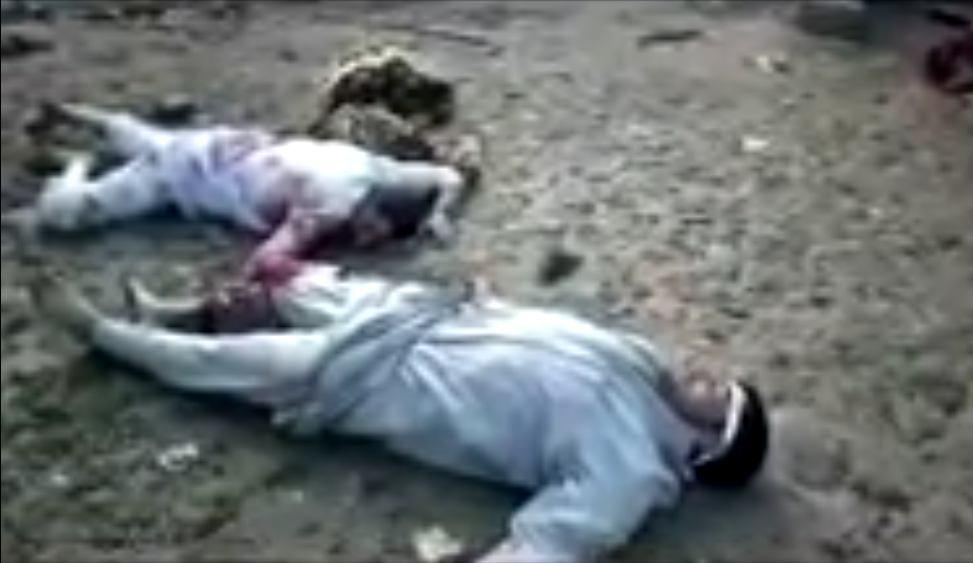 I'm sorry who called the above out?

Not  Patrick Cockubrn.  He waited months to report on it and couldn't even get the numbers right when he finally did 'cover' it.

Do you know what that is?

If you're a community member you do.

You probably looked at today's date, April 23rd, and thought of the event without any prompting.


Nouri's slaughter.  The April 23, 2013 massacre of a sit-in in Hawija which resulted from  Nouri's federal forces storming in.  Alsumaria noted Kirkuk's Department of Health (Hawija is in Kirkuk)  announced 50 activists have died and 110 were injured in the assault.   AFP reported the death toll eventually (as some wounded died) rose to 53 dead.   UNICEF noted that the dead included 8 children (twelve more were injured).


And where was the US?

Where was the White House?

Did they immediately demand justice?  Or that Nouri step down?  Or express solidarity with the protesters?


No, they just looked the other way and continued holding hands with Nouri al-Maliki.

In fact, at that point they pretty much had their hands down Nouri's pants.

Oh, the Yazidis! Trapped on a mountain top!

But when Nouri's forces killed protesters -- and Hawija is only the biggest slaughter -- Barack Obama was still thrilled to hold hands with the man he installed in 2010.

Because Nouri lost the election.

Despite bribery and bullying, in 2010, he came in second in the elections.

But Barack Obama overturned the election results.  And, via the US-brokered Erbil agreement, he gave Nouri a second term.

He wants you to know that Iran decreed Nouri would get a second term in October and that's how it happened.

Well if tehran is so damn all powerful, than their decision in October should have been immediately implemented, right?

But that's not what happened is it?

March 7, 2010, Iraq concluded Parliamentary elections. The Guardian's editorial board noted in August 2010, "These elections were hailed prematurely by Mr Obama as a success, but everything that has happened since has surely doused that optimism in a cold shower of reality."

And they voted for something other than Nouri.

Despite his bribery, his bullying, the threats and so much more, they voted Nouri out.

But Barack overturned their votes and insisted Nouri get a second term.

So, yes, the Hawija massacre is something Barack bears responsibility for.


While so much of the press ignored it, others stepped up.   BRussells Tribunal carried a translation of one activist who was an eye-witness to what went down:


I am Thamer Hussein Mousa from the village of Mansuriya in the district of Hawija. I am disabled. My left arm was amputated from the shoulder and my left leg amputated from the hip, my right leg is paralyzed due to a sciatic nerve injury, and I have lost sight in my left eye.
I have five daughters and one son. My son’s name is Mohammed Thamer. I am no different to any other Iraqi citizen. I love what is good for my people and would like to see an end to the injustice in my country.
When we heard about the peaceful protests in Al-Hawija, taking place at ‘dignity and honor square’, I began attending with my son to reclaim our usurped rights. We attended the protests every day, but last Friday the area of protest was besieged before my son and I could leave; just like all the other protestors there.
Food and drink were forbidden to be brought into the area….
On the day of the massacre (Tuesday 23 April 2013) we were caught by surprise when Al-Maliki forces started to raid the area. They began by spraying boiling water on the protestors, followed by heavy helicopter shelling. My little son stood beside me. We were both injured due to the shelling.
My son, who stood next to my wheelchair, refused to leave me alone. He told me that he was afraid and that we needed to get out of the area. We tried to leave. My son pushed my wheelchair and all around us, people were falling to the ground.
Shortly after that, two men dressed in military uniforms approached us. One of them spoke to us in Persian; therefore we didn’t understand what he said. His partner then translated. It was nothing but insults and curses. He then asked me “Handicapped, what do you want?” I did not reply. Finally I said to him, “Kill me, but please spare my son”. My son interrupted me and said, “No, kill me but spare my father”. Again I told him “Please, spare my son. His mother is waiting for him and I am just a tired, disabled man. Kill me, but please leave my son”. The man replied “No, I will kill your son first and then you. This will serve you as a lesson.” He then took my son and killed him right in front of my eyes. He fired bullets into his chest and then fired more rounds. I can’t recall anything after that. I lost consciousness and only woke up in the hospital, where I underwent surgery as my intestines were hanging out of my body as a result of the shot.
After all of what has happened to me and my little son – my only son, the son who I was waiting for to grow up so he could help me – after all that, I was surprised to hear Ali Ghaidan (Lieutenant General, Commander of all Iraqi Army Ground Forces) saying on television, “We killed terrorists” and displaying a list of names, among them my name: Thamer Hussein Mousa.
I ask you by the name of God, I appeal to everyone who has a shred of humanity. Is it reasonable to label me a terrorist while I am in this situation, with this arm, and with this paralyzed leg and a blind eye?
I ask you by the name of God, is it reasonable to label me a terrorist? I appeal to all civil society and human rights organizations, the League of Arab States and the Conference of Islamic States to consider my situation; all alone with my five baby daughters, with no one to support us but God. I was waiting for my son to grow up and he was killed in this horrifying way.


And he should hold Barack Obama responsible.  Not only did Barack give Nouri a second term as prime minister, but Barack also ignored the protesters. Even when they carried signs proclaiming "Obama, if you Cannot Hear Us Can you Not See Us?"  Sunday, April 21, 2013, a State Dept friend called me and said the US was monitoring Hawija closely and considered it a hot spot.  So how did the massacre happen two days later?

And since they were monitoring it, they clearly knew, at least after it happened, that what took place were War Crimes.

And yet Barack stood with Nouri, continued to stand with him. Iraqis in Samarra with a message for the world (photo via Iraqi Spring MC).

Barack was still pretending not to see or hear the cries of the targeted in Iraq.