Tuesday, July 21, 2015.  Chaos and violence continue, protests result from the lack of electricity and from a series of arrests, Barack goes to the VFW to fracture an already divided country, and much more.

In the latest episode of The Real Bitches of DC, Barack Obama addressed the VFW and insisted that those objecting to his precious Iran deal were the same ones who supported the Iraq War.

Because Jim Webb has serious questions about the deal and I thought he was among those calling out the Iraq War.


Along with the factual problems with Barack's claims, there's also the sheer bitchiness of it.

Is Barack one of the ones wrong?


Because he can lie to a lot of stupid people and he can get a lot of whores to go along with him but I will always remember his support for the war in his statements to Elaine and I when he was running for the US Senate.


You can ride high atop your pony
I know you won't fall. . .
'cause the whole thing's phoney.
You can fly swingin' from your trapeze
Scaring all the people . . .
but you never scare me
-- "Bella Donna," written by Stevie Nicks, first appears on her album of the same name.


Again, there are a lot of stupid people and he can easily fool them.

But the reality is, as Bill Clinton so expertly put it, Barack's opposition to the Iraq War was always as "fairy tale."

It's no way to sell a policy so most of will laugh at him as he yet again acts the littlest bitch in the world.

What it mainly does is remind people that Barack's promoting a high risk, low yield treaty.

Reminds them of how desperate he is.

But it also serves to harden divisions and lines in this country -- remember when Barack was going to erase those?

He was going to leave behind the cultural wars and the "Tom Hayden Democrats."

But all the can do is bring out the bitchery.

That's what happens when the Hopium has run out completely and the great leader stands before the country exposed as the fraud he always was.

What else was Barack going to do in 2015, standing before the VFW but show his ass?

Did you think he was going to talk about veterans homelessness?

Which would be this year.

This year which has five more months in it.

Haven't heard anything on that, have you?

Because it doesn't appear the deadline will be met.

Well at least he could brag about reducing wait time for veterans at the VA, right?

We remember that VA scandal, right?


Concerns over waiting times for care at VA hospitals erupted in April 2014 after whistle-blowers in Phoenix accused administrators of keeping a secret waiting list to hide delays in treatment -- delays that were so long, at least 18 veterans died before being seen.  Similar problems were found in facilities across the country, and the chief of the VA stepped down.


Barack couldn't stand before the VFW and brag about fixing that problem because -- well, because he didn't.

Just a few months ago (April 9th), David B. Caruso (AP) was reporting, "A year after Americans recoiled at revelations that sick veterans were getting sicker when languishing on waiting lists, VA statistics show that the number of patients facing long waits has not declined, even after Congress gave the department an extra $16.3 billion last summer to shorten waits for care.


Well he's got to have something regarding veterans care to brag about, right?

As the end of last month, VA Deputy Secretary Sloan Gibson appeared before the House Veterans Affairs Committee and US House Rep Julie Brownley wanted to know what the just-announced VA shortfall meant when August roll around?


Deputy Secretary Sloan Gibson:  We're in a situation where we're going to have to start denying care to veterans because we don't have the resources to be able to pay for it.  And-and that's -- I don't think anybody wants to see that happen.  It will be a very -- a very unpleasant and unsatisfactory situation.


There is nothing but failure for Barack on the topic of veterans.

So of course he would use the moment to get bitchy and further divide the nation.

He is no Abe Lincoln.

He is instead The Great Divider.

He fails to argue his beliefs on their strength but instead attacks others with bitchy remarks.

He should have attempted to win a spot on E!'s Fashion Police instead of attempting to be President of the United States.


Meanwhile Kristina Wong (The Hill) notes, "The Pentagon confirmed Tuesday that an MQ-1 drone crashed in Iraq on its way back to its recovery base.  The confirmation came after pictures surfaced on Twitter of the drone."  Jess McHugh (IBT) adds, "According to U.S. Air Forces Central Command, the drone was flying a combat mission when it crashed, though authorities maintain the plane was not brought down by enemy fire."


As usual, the US government only admits/confesses when photographic evidence is published forcing their hand.

No one forced them to provide Iraq with F-16s but they have and are.

It alarms neocon Max Boot who writes at the right-wing publication Commentary:


The latest evidence of the administration’s misguided faith in the Islamic Republic is its decision to deliver the first four F-16s to Iraq, which it did just before the Iran deal was signed. Thirty-two more F-16s are scheduled to arrive in Iraq eventually. Assuming that these advanced warplanes are not captured by ISIS (as has been the case with many Humvees, MRAPS, and even Abrams tanks that the U.S. has provided to Iraq), they will be operated by an Iraqi regime that has been thoroughly subverted by Iran’s agents and proxies.
The most powerful man in Iraq is not the ineffectual prime minister but rather Gen. Qassem Soleimani, head of the Iranian Quds Force, who (in yet another boost for Iranian regional designs) will be taken off the European and U.N. sanctions lists by the terms of the Iran deal. The second most powerful man is probably his close ally, Hadi al-Ameri, the minister of transportation and head of the Badr Corps, the Shiite militia that has become more powerful than the Iraqi armed forces. As a Sunni politician said earlier this year, “Iran now dominates Iraq.”

I don't disagree with Max Boot that the F-16s in Iraq now mean Iran has the technology.  Over ten hours before Boot wrote his piece, we'd noted here that the first of the F-16s had arrived in Iraq "Which, of course, means Iran now has access to the technology."

If the concern now, however, is over the tech, that's gone.  It's too late.

The deal could be stopped by Congress but stopping it to keep the tech out of the hands of Iran is a ship that's sailed.

Boot does note concern that the F-16s could be used against the Sunnis, the Kurds and moderate Shi'ites by the Baghdad-based government.

It's the reason Barack delayed the delivery of the first shipment while Nouri al-Maliki was still clinging to the post of prime minister.

Should he have delayed it further?

Also true, the deal was made some time ago.

Had it continued to be delayed, it would have undermined future US arm sales (which wouldn't have necessarily been a bad thing from my point of view but I doubt Barack or Max would share that opinion).

But barring that, at some point, the delivery had to take place and this week the first F-16s arrived in Iraq.

Saturday's snapshot addressed how the approach for 'confronting' the Islamic State -- the approach Barack and Iraqi Prime Minister Haider al-Abadi -- is a military failure and will likely remain one.  (I do not favor a military approach.  I was noting that military history argues that this approach will fail.)  At Huffington Post, Stanley Weiss argued today for a military approach involving sending more US troops into Iraq but he also offered that the American people will likely balk at that so three steps remained:

First, the U.S. should recognize that the Iraqi government speaks only for a third of what was Iraq. Washington should no longer channel our aid and military assistance through Baghdad, which has proven that it cannot be an honest broker. Since 2011, successive Shiite governments have refused to pay the Kurds their share of the federal Treasury, while reducing the flow of U.S. weapons and other support intended for Kurdistan to a trickle. America should continue to support the government in some nominal way.
Second, we should send military support and aid directly to the Kurds, understanding that such support is an investment in containing the Islamic State from pushing north or east. As I have argued before, the U.S. should finally acknowledge what everyone knows to be reality and recognize an independent Kurdistan as America's most loyal ally in the region outside of Israel.
Third, we should work with Sunni governments in Saudi Arabia and Turkey to provide training and assistance to Sunni tribes in the center and west of the country, and commit to the safety of Sunni tribes should Iran-backed militias push into Sunni lands.

In other news, despite the crackpot claims of Juan Cole, the assault on Anbar continues.  Wael Grace (Al Mada) reports the Shi'ite militias continue to encircle Falluja -- if not to enter it. 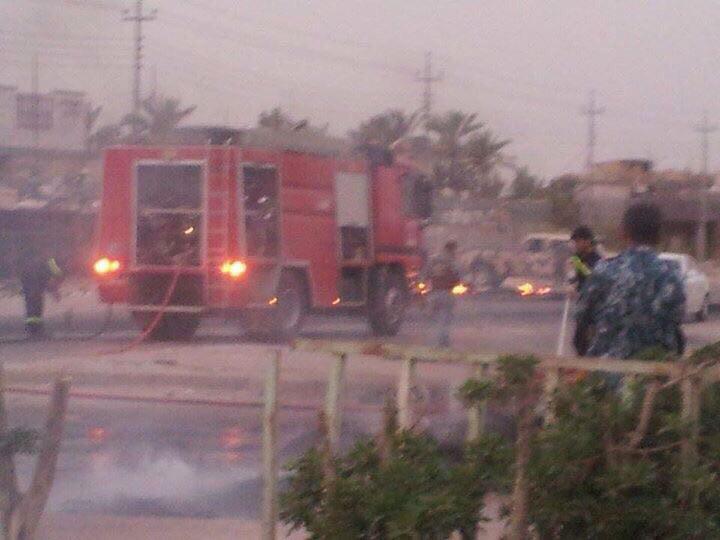 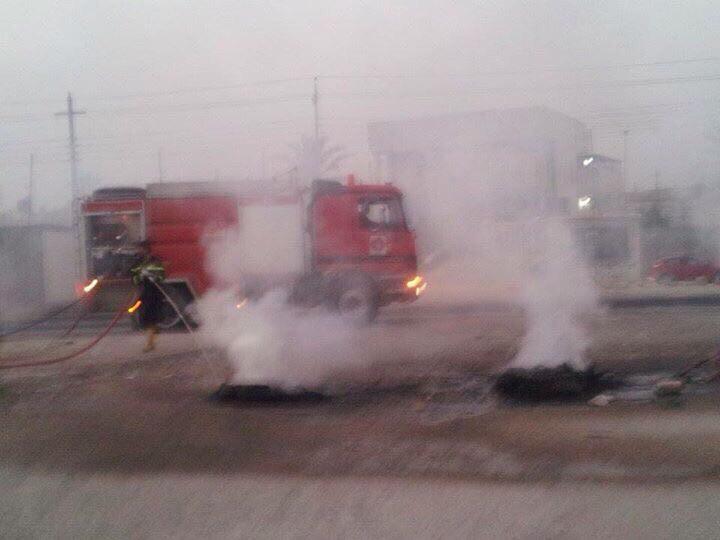 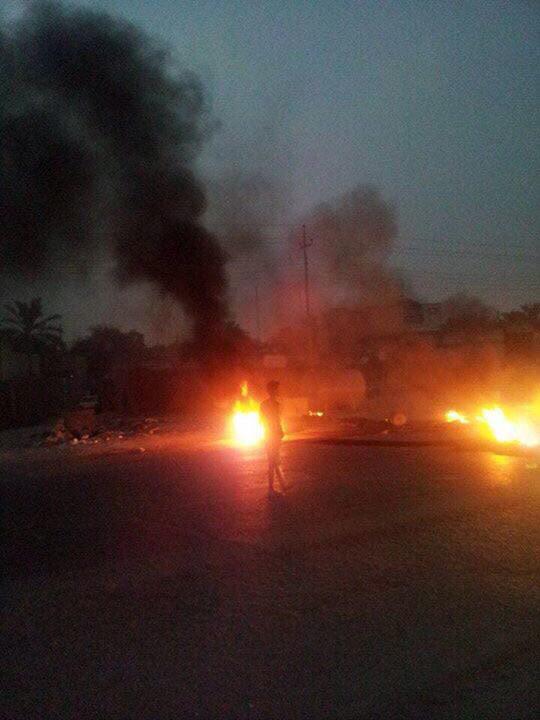 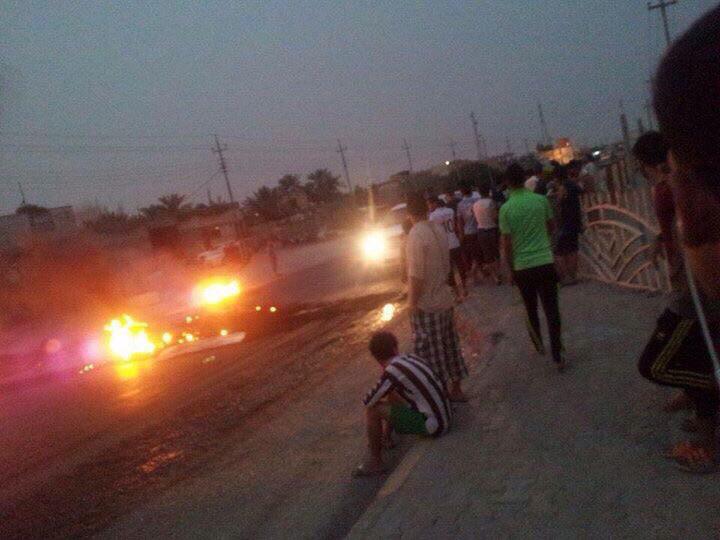 The Shi'ite majority province (over 90% identify as Shi'ite) is in revolt over the decline and lack of services -- including electricity.

And the people there are tired of the corruption and other issues that prevent reliable public services.


They're also tired of Nouri's State of Law (which Haider al-Abadi is a part of) and the 2008 assault only hardened that opposition.


Electricity is a concern across Iraq.  Nasiriyah reports that Dhi Qar is exploring their electrical crisis in a series of meetings presided over by the Deputy Governor Mohammed Alsoala.

Instead, government officials have siphoned off the billions into their own pockets.

Where graft is king, the citizens continue to suffer.

In a possible response to the continued and mounting criticism by Iraqi civilians, there's a new development.  Al Mada reports the Cabinet is proposing that the salaries of the three presidencies (Prime Minister, President of Iraq and Speaker of Parliament) and their deputies be cut in half and

Whether or not Iraqi public outcry impacted that move, it did produce results in Baghdad.

Alsumaria offers video of a Baghdad protest that took place on Monday as people gathered to demand the release of artist Namir Abdel Hussein who was arrested in a sweep that included the security forces arresting over 700 hotel workers when the hotels were stormed.

Why were they stormed?

The Shi'ite militias are again in charge, that's why.

This happened repeatedly under Nouri -- and it was illegal then.

Now it's happening under Haider al-Abadi.

But let's keep pretending he's representing some form of change and a new direction for Iraq.


The Ministry of the Interior, Monday night, announced that they had released the artist as well as the hotel workers.

Lastly, the politics.  June 19, 2014, Barack declared the only solution for Iraq's crises was a political solution.  And he's done nothing to aid with that.

The only thing the US government has accomplished in the months since is to alienate the leader of the Islamic Supreme Council of Iraq Ammar al-Hakim.

Hakim had been a supporter of the US government when Barack was elected.

Somehow the White House managed to end that in late 2014.

We noted here that alienating Ammar was stupid.  We noted when he amped his criticism of the US up.  The White House just doesn't care.

Too bad for them.

Mohammad Sabah (Al Mada) reports the already powerful Ammar has announced a new alliance with, among others, Moqtada al-Sadr's followers and other Shi'ite groups including Virtue.