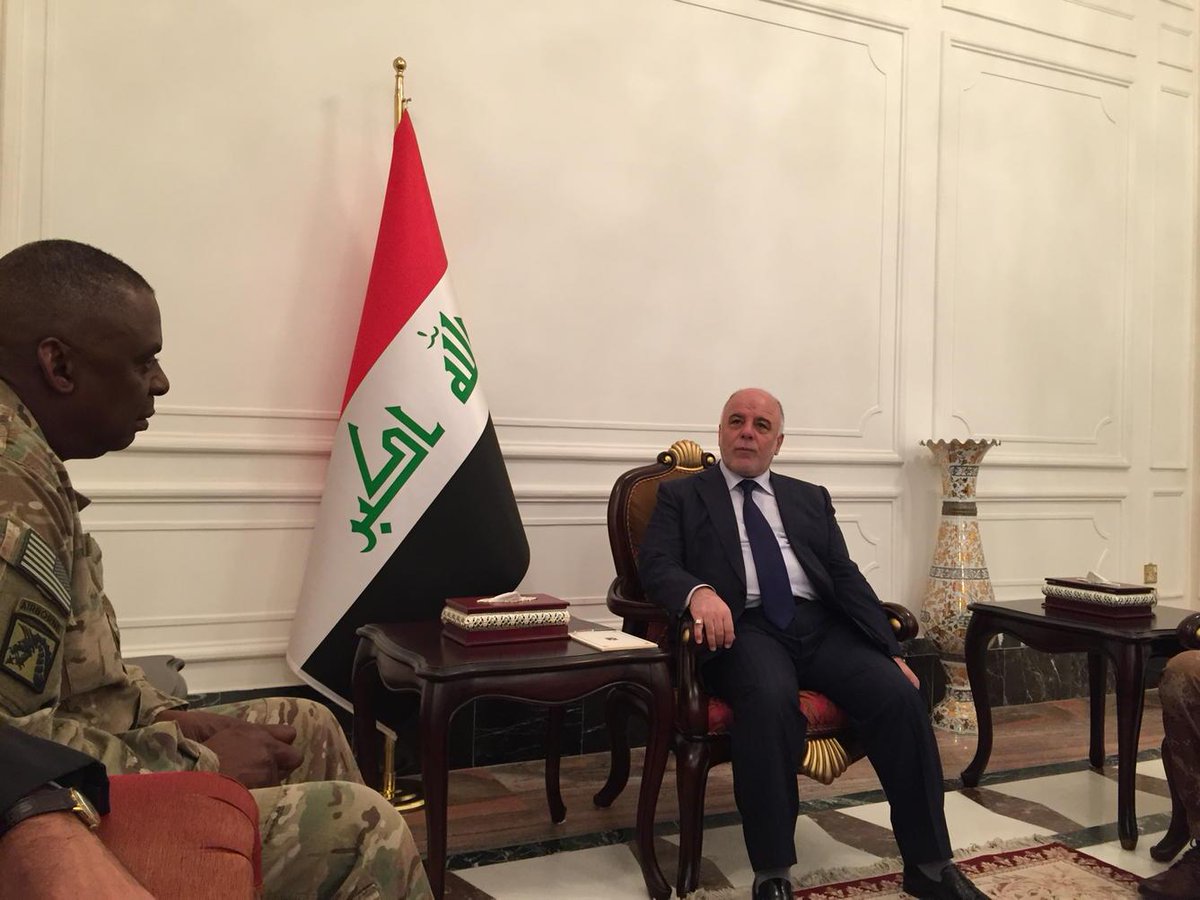 And who's working on diplomacy?

As we learned in yesterday's snapshot, diplomatic officials are being tasked with talking to Sunni officials/leaders in an attempt to get them on board with fighting the Islamic State.

That's not diplomatic efforts, that's not working towards a political solution.

That does nothing to address the revenge cycle that governs Iraq.

Under Saddam Hussein, Shi'ites were persecuted.

Under the US-installed Shi'ite regime, Sunnis are persecuted.

Haider al-Abadi's done nothing to break the cycle and yet Barack praised him this week for his (non) efforts.

And as the diplomatic efforts are not dealt with, new cycles start.


New cycles such as the Yazidis revenge attacks.

The full extent of the horror that has unfolded across Iraq over the past year is revealed in an interactive story map published by Amnesty International today, detailing the plight of Iraqi civilians caught in a deadly spiral of horrific crimes by the armed group calling itself the Islamic State (IS) and brutal revenge attacks by the now dominant government-backed Shi’a militias and government forces.
Within the story map, the organization is publishing two briefings, which contain its findings on two massacres carried out in January 2015 apparently to avenge IS crimes: the massacre of at least 56 Sunni Arab men - possible more than 70 - in Barwana, a village in Diyala province, by Shi’a militiamen and government forces, and the killing of 21 Sunni Arab villagers in the Sinjar region by members of a Yezidi militia.
“Iraq has been engulfed in a deadly spiral of violence since the IS overran large parts of the country a year ago. The heinous crimes of the IS have been met by growing sectarian attacks by Shi’a militias, who are taking revenge for IS crimes by targeting Sunni Arabs,” said Donatella Rovera, Amnesty International’s Senior Crisis Advisor, who has spent much of the past year in Iraq documenting war crimes and other gross violations of human rights.
“With perpetrators from the IS and from powerful Shi’a militias mostly out of reach of the law, civilians have no one to turn to for protection and victims have no access to justice.”