"Poverty is no state of mind" (Senator Patrick Leahy) 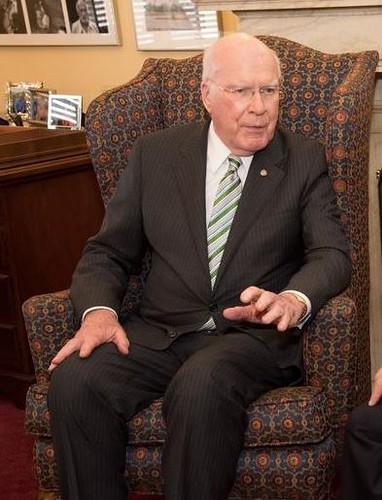 Thank you, Chairman Collins and Ranking Member Reed for holding this important hearing.

I am very concerned about President Trump’s budget for the Department of Housing and Urban Development. This budget would leave low-income, elderly and disabled Americans out in the cold.  It would deny shelter to victims of domestic and sexual violence.  It would bring to a screeching halt programs that spur economic development and help ensure that safe, sustainable and affordable housing is available in our communities.

Bluntly, Secretary Carson, this budget is a travesty.  It slashes $7.3 billion from the work of your Department.  It decimates Section 8 rental assistance grants that help keep very-low-income families, as well as elderly and disabled Americans, in decent, safe housing.  It eliminates the Community Development Block Grant (CDBG) and the HOME programs, which help drive economic development in more than 1,200 American cities, including in Vermont.  Eliminating these programs doesn’t just eliminate a Federal investment; these projects leverage other public and private sources to make them a reality.  For every dollar we invest in CDBG projects $3.65 is leveraged in other public and private resources.  And, while I recognize that this does not fall under the jurisdiction of your Department, the administration’s attack on housing programs is only amplified with the elimination of NeighborWorks, which in one year alone provided affordable housing for more than 360,000 families, created and maintained more than 53,000 jobs, and leveraged its appropriation at a ratio of 91 to 1.  Let me repeat that leverage ratio:  91 to 1.  Under this budget, all of those dollars disappear.  Secretary Carson, where are the people who rely on these programs supposed to go?


The President’s budget fails to include tenant-based rental assistance for victims of domestic violence, dating violence, sexual assault, or stalking.  In 2013, Senator Crapo and I worked together to strengthen, expand and reauthorize the Violence Against Women Act.  Too often, victims of domestic violence, dating violence, sexual assault or stalking remain in dangerous living situations simply because they have nowhere to go.  That in and of itself is devastating, but all too frequently families have to make the tragic decision between becoming homeless with their children, or staying in a house where either they and/or their children may be subject to physical abuse.  Your Department should be working hand-in-hand with the Justice Department, which administers the successful transitional housing assistance grant program, to find effective ways to support these survivors and ensure they have access to safe and affordable housing.  Secretary Carson, what will you tell these victims since you fail to support these programs in this request?


Poverty is “no state of mind.”  Housing is not a political issue; it is a moral one. In Vermont, we know that housing people first is key to helping them step out of poverty.  With the help of Federal investments like Homelessness Assistance Grants, states like Vermont have reduced chronic homelessness by 45 percent, but this is only possible with help from your Department.  Communities across the country know that, instead, your budget will close emergency shelters and put people back on the streets.  Secretary Carson, how will this budget help the Department meet its mission?

Now is the time to invest in our Nation’s affordable housing infrastructure – not to decimate it.  This budget will eliminate the investments and hands-on efforts that help families succeed.   This isn’t a “foundation for greatness.”  This budget is a travesty.