Monday, July 10, 2017. Chaos and violence continue, Little Fancy joins the premature cheer as The Mosul Slog actually continues, and 'liberation' doesn't look like liberation at all.

Last time, we went to great lengths to explain how wrong he was.  We don't have to this time.  Iraq defeats ISIS in Mosul?

If small pockets remain, then they aren't defeated -- excuse me, "deafeated"? -- are they?

So that's the first factual problem.

Second, you can't whine -- as USMCSS has -- about more deaths from bombs and insisting that this is due to Donald Trump relaxing this or that and still claim it was "Obama's plan."

I saw the ridiculous AFP article yesterday -- the one USMCSS doesn't link to -- that had a flunkie from Barack's White House days insisting this was Obama's victory.

A) It's still not a victory.

Nearly seven months after Donald Trump was sworn in as US president, the slog continues.

Barack also had no plan which USMCSS can't tell you because he's so stupid.

June 19, 2014, Barack outlined what was necessary to defeat ISIS.

And then he never implemented it.

One change Donald did make was allowing the US military to respond more quickly.

That's a rather large change.

But USMCSS shouldn't get his panties in a wad, there's plenty of blame to go around for both Barack and Donald.

First, ISIS has not lost control -- "pockets," remember -- of Mosul.

Second, it's day 266 and still this attempt to 'liberate' continues.

Saturday, we included the following in "The Mosul Slog day 264:" 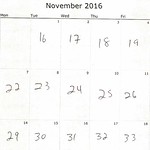 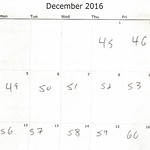 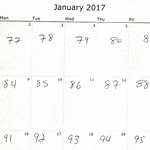 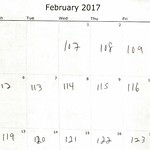 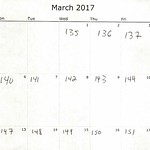 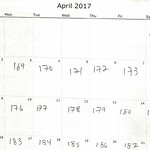 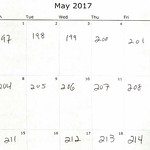 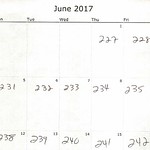 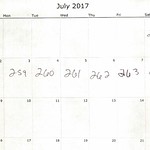 And still the slog continues.

And Little Fancy at USMCSS wants to claim this is success?

Little Fancy, the operation's still not over.

Little Fancy, did you see what Amnesty International noted on Sunday?


Amnesty International documented a pattern of attacks in which US-led coalition and Iraqi forces appear not to have struck their intended military targets, instead killing and injuring civilians and destroying or damaging civilian objects. In some cases, civilian deaths and injuries appear to have resulted from a choice of weapons that was inappropriate for the circumstances or failure to take necessary precautions to verify the target was a military objective.

Even in attacks that seem to have struck their intended military target, the use of what seem to be unnecessarily powerful weapons or failure to take necessary precautions resulted in needless loss of civilian lives. For example, on 17 March 2017 a US airstrike on the Mosul al-Jadida neighbourhood killed at least 105 civilians in order to neutralize two IS snipers.Regardless of whether – as the US Department of Defense has maintained — secondary explosions occurred, it should have been clear to those responsible that the risk posed to civilians by using a 500lb bomb was clearly excessive in relation to anticipated military advantage.

Mohamed from al-Tenak neighbourhood, west Mosul told Amnesty International: “The strikes targeted the IS snipers. A strike would destroy an entire house of two storeys. They shelled during night and day. They hit so many houses. They’d hit one house and also destroy the two houses on either side. They killed a huge number of people.”

“Iraqi forces and members of the US-led coalition must ensure that the fight against IS – not only in the fight for Mosul, but in other battles in Iraq and in Syria – is fought in a way that is consistent with international law and standards. States engaged in this fight must not only focus on the military aspect of this fight, but also deploy in conjunction the resources needed to alleviate the incredible suffering of civilians trapped by conflict and abused by IS,” said Lynn Maalouf.


What was done to the Iraqi people in Mosul is appalling.

But Little Fancy is frothing in his diaper as he dances around screaming "Victory!"

Sisters of mercy
Daughters of hell
They always weave
Their web of lies
And wrap you in their
Wicked spell
Sisters of mercy
Masters of pain
They try to crucify your
Innocence
And do it in God's name
-- "Sisters of Mercy," written by Cher, Pat MacDonald and Bruce Roberts (first appears on Cher's album not.com.ercial).

Poor Little Fancy.  He needs his poster boy to worship because he never managed to actually grow up.  That's why he applauds an incomplete military mission as a 'success.'


That's what Little Fancy is trickling on about.


Here's the 'success' that has him beating off:

←‏ @JPY_Kurdish  6h6 hours ago
Video shows ISIS' snipers are shooting for fun the innocent civilians who are fleeing the war, in its last pockets in Mosul old city, Iraq.
8 replies76 retweets31 likes


Did Little Fancy miss the cautiously worded statement from the United Nations mission in Iraq:


However, an end to the battle for Mosul does not signal an end to conflict in Iraq. Areas of the country, such as Hawija, in Kirkuk Governorate, and western districts of Anbar, such as Al Q’aim are still controlled by extremist groups. People continue to be displaced from areas in which fighting is ongoing.

While there may be an end to military conflict in Mosul, there is still no end in sight to the humanitarian crisis. UNHCR, the UN Refugee Agency, will continue to play a key role in assisting displaced Iraqis for as long as it is necessary.

Little Fancy missed a lot, including this report from Australia's ABC:


Is the fighting over?

Not quite.
State television showed Prime Minister Abadi touring Mosul on foot alongside residents of Iraq's second-largest city.
But air strikes and exchanges of gunfire could still be heard in the narrow streets of Mosul's Old City, where the Islamic State has staged its last stand.
Prime Minister Abadi is yet to issue a formal declaration that the entire city has been retaken.


Little Fancy also missed the observations of the editorial board of THE DAILY STAR:

Yet Abadi’s declaration is premature, and not only because [the Islamic State] still holds much territory in Iraq.
Enormous challenges remain. Sectarian fault lines that allowed the extremist group to grow and then take control have not gone away, but instead become worse. Some 3 million people are displaced around Iraq, and many will not be eager to return home if places such as Mosul are not quickly rebuilt.
And the state must now deal with the militias it has relied upon, which will not be eager to disarm.

Well no one has to explain sexual fantasies -- provided you keep them private and don't confuse them with reality.

Little Fancy fails to grasp that Barack fought a group in Iraq while arming it in Syria.

Little Fancy also fails to grasp what led to the rise of the Islamic State in Iraq.  Simon Tisdall (GUARDIAN) notes:


Iraq’s prime minister, Haider al-Abadi, was quick to claim credit for the city’s liberation, making a visit in person on Sunday. But Abadi and his predecessor, Nouri al-Maliki, also bear some responsibility for losing control in the first place.
Few people outside of Iraq and Syria predicted Isis’s rise or its victorious advance in 2014. With hindsight, it became clear the group fed on fierce resentment among Iraq’s Sunni Muslim minority at the failure of the Shia-led Baghdad government to provide equal treatment. Some in Mosul initially welcomed its arrival.

Shia militias mobilized in 2014 in response to the collapse of the Iraqi army in the face of ISIS, and they can boast of more than 100,000 members. The Iraqi parliament passed a law last November recognizing them as part of the Iraqi Security Forces, under the control of Prime Minister Haider al-Abadi. Unsurprisingly, Sunni politicians have condemned the vote. They had been lobbying for the establishment of provincial-based national guard units in order to ensure that locally-recruited Sunni forces can defeat insurgent groups and withstand ISIS. They have regularly complained of the extrajudicial killings and theft carried out by Shia militia members. Now they fear the law will pave the way for the local equivalent of the Iranian Revolutionary Guard Corps or Lebanese Hezbollah within Iraq. In their eyes, this will ultimately weaken the legitimacy and authority of the Iraqi state.
The heads of Shia militias are likely to look to capitalize on their military successes to gain more political power. Prime Minister Abadi remains weak, with his efforts to push through reforms stymied in particular by the maneuverings of former Prime Minister Nouri al-Maliki, who does not wish to see him succeed — and is working to ensure he is replaced in the 2018 national elections, if not before. Indeed, the deputy commander of the largest pro-Iran Shia militia has openly vowed that his forces would never be dismantled, even if Baghdad attempted to do so.


As for Sunni politicians, they remain internally divided, distracted by constant infighting. Little progress has been made in rebuilding cities in Anbar, Salah al-Din, and Diyala, as much due to lack of leadership as lack of resources.

Not a darn thing.

Nor is ISIS gone from Iraq.

Even when they are cleared out of Mosul -- which will happen if Hayder al-Abadi can ever stop his 'victory' tour -- ISIS will remain in Iraq and the war will go on.


One more shot of Cher:


Reminder, Isaiah's THE WORLD TODAY JUST NUTS "She's Got A Deal For You" went up Saturday night and "Pointing Podesta" went up Friday night.