Not many of Kyle Roeter's classmates at Bellevue High School joined the Army. After graduation in 2003, many went to the University of Washington or out-of-state colleges. But seeing the country heading into war, Roeter decided to join the Army - at West Point.
Five years later, the West Point graduate has learned he's going to Iraq in his first tour of duty.
"I've been sitting on the sideline for the past five years," Roeter said Tuesday. "I feel that if our nation is at war, I signed up in the Army to get deployed, to help in the conflict."
The 23-year-old is one of the nearly 10,000 soldiers from Fort Lewis, located just south of Tacoma, who will deploy to Iraq between this winter and summer of 2009.

The above is from Manuel Valdes' "Army sending 10,000 Fort Lewis soldiers to Iraq" (AP) about the service members scheduled to be sent to the ongoing, illegal war. Mike Barber's "Area troops ordered to Iraq: 2 Stryker brigades, National Guard to deploy next year" (Seattle Post-Intelligencer) adds to the topic:

Combined with smaller active units as well as Guard and reserve forces called to active duty, the deployments mean more than 12,000, and perhaps close to 15,000, members of the armed forces from Washington could be serving in Iraq by mid-2009. There are now about 152,000 U.S. troops in Iraq.
"As more Fort Lewis soldiers are called to war, I continue my steadfast support of our soldiers and their loved ones," Gov. Chris Gregoire said in a statement Tuesday. "The courage and commitment of the men and women who serve our country so selflessly is inspiring. They have the gratitude and praise of their families, communities and fellow citizens."
The 81st comprises units of about 2,400 citizen-soldiers from around Washington who are mostly leaving their civilian jobs to serve. The 81st is rounded out by an infantry battalion of 850 soldiers from the California Army National Guard, along with a contingent from Montana and Texas.

The seven brigades confirmed as part of the regular rotation to Iraq are:

And the presidential candidates for the Democratic and Republican parties have no plans to end the illegal war. Even if elected, they both acknowledge that US troops will remain in Iraq throughout their first term. Ralph Nader is the independent presidential candidate and we'll note this from Team Nader: 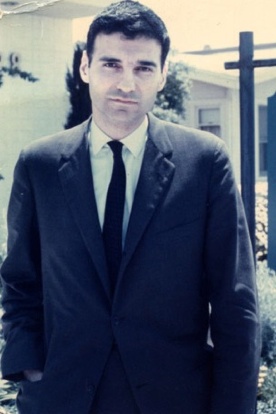 We need to get there by midnight tonight.

Because at midnight tonight we close our books for the month of September. And report to the FEC.

All the national pundits will ask -- hey Nader/Gonzalez.

How much money have you raised with one month left until the election?

So, if you haven't given yet, donate now to Nader/Gonzalez.

There couldn't be a better time to donate.

Then tonight, sit back and watch a live feed of Ralph Nader's speech to the San Francisco Commonwealth Club at 9:30 p.m. EST.

Topic A: The Bailout of Wall Street Crooks and the Grassroots Uprising Against the Corporate Dominated Two Party System.

In the meantime, let's crank it up one last time in September.

And get 'er done.

PS: Last chance. If you donate $100 by midnight tonight, we'll ship to you a copy of The Ralph Nader Reader, a 441-page collection of Ralph's writings on Wall Street vs. Main Street, democracy, the corporate state, and our hyper-commercialized culture. If you donate $100 now, we will send you this diverse collection -- and Ralph will autograph it. (This book offer ends at midnight tonight.)

Staying with the presidential race, yesterday Katie Couric interview the McCain-Palin ticket for The CBS Evening News with Katie Couric.

From the text of the report:

The day began early. After being briefed by her staff, Sarah Palin heads out with her 14-year-old daughter Willow in tow.

"So nice to meet you," CBS News anchor Katie Couric said to Willow.

At 8 a.m., Palin hit the ground running - accompanied by Couric.

"Do you have any down-time, though?" Couric asked Palin.

First, a photo-op with hotel staff.

Then it's off to the McCain campaign plane, where CBS News was invited up front to ask a handful of questions. Couric asked Palin whether she considers herself a feminist.

"I do," Palin said. "I'm a feminist who, uh, believes in equal rights and I believe that women certainly today have every opportunity that a man has to succeed, and to try to do it all, anyway. And I'm very, very thankful that I've been brought up in a family where gender hasn't been an issue. You know, I've been expected to do everything growing up that the boys were doing. We were out chopping wood and you're out hunting and fishing and filling our freezer with good wild Alaskan game to feed our family. So it kinda started with that."

You can also read a transcript of the report here. Governor Sarah Palin is the GOP's v.p. nominee and tomorrow she debates Senator Joe Biden, the Democratic Party's v.p. nominee. Gareth notes this from Dominic Lawson's "Why should anyone trust Joe Biden? The Democrats' candidate for VP doesn't deserve to be called a sage" (Independent of London):

For all the longevity of his tenure, Biden does not deserve the description lavished on him last month by the Los Angeles Times (among others) as "an acknowledged foreign policy sage". He voted against using American military force to remove Saddam Hussein's army from occupied Kuwait, but voted for the American invasion of sovereign Iraq in 2003. Later, he voted against the "surge" which has brought a degree of stability to that benighted country, proposing instead that it be allowed to break up along ethnic lines – the now discredited "Biden Plan". Experience is a wonderful thing, of course – but only if you learn the right lessons from it.
Doubtless, however, Joe Biden will stress the immense superiority of his acquired wisdom over Sarah Palin's much briefer curriculum vitae, when their one-off vice-presidential debate takes place on Thursday in St Louis, Missouri. Indeed, the Democrats and their camp-followers in the press have been chortling in anticipation of a massacre, especially after Mrs Palin's performance when interviewed last week by CBS's Katie Couric.
The Republican vice-presidential candidate had been unable to elaborate on the way in which John McCain had attempted to enforce greater regulation on the finance industry, beyond his demand for more supervision of the biggest mortgage lenders; and she struggled to justify her claim that being Governor of Alaska gave her a special insight into the threats from Russia.
Neither of her responses was articulate. But they weren't factually incorrect. She didn't make anything up. That's Biden territory. When he faced the deceptively easy-going Ms Couric, he told the CBS anchorwoman, a propos deals to rescue Wall Street: "When the stock market crashed, Franklin D Roosevelt got on the television and didn't just talk about the, you know, princes of greed. He said, 'Look, here's what happened'." As others, but not Ms Couric, have since observed, the US President at the time of the 1929 stock market crash was not Roosevelt, but Herbert Hoover; and Roosevelt didn't go on television, probably because no-one in America owned one at the time.
Such dedicated and inarticulate imprecision with the facts of history should not disqualify Joe Biden from being taken seriously as the next-in-line for the Presidency; he got away with his goof, as easy-going and genial men tend to do. But imagine what hysteria would have ensued if it was Mrs Palin who had constructed a fictitious account of the circumstances surrounding the great Wall Street Crash.

Gareth points out, "Even in England, we know The Los Angeles Times carries water for Team Obama." For more on the topic of whose errors become news and whose errors do not, see Ava and my "TV: Do Not Disturb The Propaganda" from Sunday and Cedric's "Gaffe prone Biden" and Wally's "THIS JUST IN! BIDEN MAKES ANOTHER GAFFE!" (joint-post) from Monday.

The bailout bill the House rejected Monday should be "scrapped forever" and replaced with mortgage aid for struggling homeowners and prosecution of Wall Street robber barons, independent presidential candidate Ralph Nader said Tuesday.
Nader began a daylong Bay Area blitz with a news conference outside the Federal Reserve Bank of San Francisco with running mate and former San Francisco Supervisor Matt Gonzalez as well as "peace mom" activist Cindy Sheehan, an independent congressional candidate challenging House Speaker Nancy Pelosi.
The Federal Reserve is "a secret government within a government; it is out of control; it is not accountable to Congress and never has been," Nader said, demanding such accountability as well as annual audits. Without such control and transparency, he said, the Federal Reserve will continue to do banks' bidding, leading to a devalued dollar, higher interest rates and a declining quality of life for most Americans.
Meanwhile, he said, Congress should hold public hearings on this financial meltdown's causes and potential cures, rather than rush to judgment on a bailout plan advanced by "the most criminally recidivist administration in this country's history."

Mike noted that last night in his "Barack as he says, not as he does." Bonnie and Megan note Kat's "The unlistenable KPFA" from last night and Ruth's "KPFK: Disaster" from Monday night on the topic of Pacifica. Marcia takes on the shameful smears against Palin from women in "When feminist 'leaders' lie" as does Rebecca in "couric interviews palin" and be sure to especially check out Elaine's "CBS Evening News and more" (paying very close to attention to the first section).

sex and politics and screeds and attitude

the third estate sunday review
Posted by Common Ills at 5:22 AM