Staff Sgt. Alberto Martinez was conducting a "personal war within a war" when he planned and executed the murders of his two superior officers in Iraq in 2005, the prosecution said in opening statements in Martinez's death penalty court-martial.
Capt. Evan Seamone told the jury that Martinez, a longtime National Guardsman with a relaxed attitude, had trouble adjusting to the discipline required in wartime combat. He resented Capt. Phillip Esposito's strict oversight of the supply room, of which Martinez was in charge, and believed that Esposito, 30, of Suffern was trying to undermine him, Seamone said.
Martinez became so angry that that he openly began to talk about harming Esposito, Seamone said, adding that, at one point, he told another soldier: "I hate that (expletive). I'm going to frag that (expletive)." Fragging is military slang for the killing of a superior officer, especially by a hand grenade.

The above is from Hema Easley's "Court-martial begins in Suffern Army captain's slaying" (Lower Hudson Journal News) and John Sullivan (Times-Herald Record) reports on how some family members of the victims are watching the hearing at West Point via a satellite feed:

About a dozen or so people related to 1st Lt. Lou Allen, a native of Chester, sat in a West Point classroom watching the video, which was interrupted for about an hour by technical problems. Immediate family members, including the wives and parents of the victims, were at the trial in Fort Bragg, N.C., where they are expected to testify.
Eight officers and six enlisted soldiers will determine Martinez's fate. If convicted in the deaths of Allen and Capt. Phil Esposito of Suffern, he could face death.
Capt. Evan Seamone of the prosecution spoke for two hours depicting Martinez, 41, of Troy, as a disgruntled underling, whose hatred of Esposito built up over a year before their New York Army National Guard unit's deployment to Iraq. The animosity exploded under the stress of war, driving Martinez to kill Esposito using explosives that might have covered up the murder as an enemy attack, Seamone said.
A Claymore mine detonated on June 7, 2005, killing Esposito, 30, instantly, while mortally wounding Allen, 34, who was in the same room with him at their Forward Operating Base in Tikrit, Iraq. Martinez threw three fragmentation grenades to make it seem as if the base were under enemy mortar fire just before the detonation, Seamone claimed.


Nearly 40 onlookers attended the court-martial proceeding before Military Judge Col. Stephen Henley on Fort Bragg's sprawling Army base just outside Fayetteville, N.C.
A bespectacled Martinez, clad in uniform, sat silently as the case against him was laid out. Relatives of the victims shed tears or placed an arm around one another as details emerged in what is one of the first alleged cases of fragging in the Iraq war.
Maj. John Gregory, one of Martinez's attorneys, called the defendant a "wrongly accused man," alleging the military investigation was based on preconceived notions of Martinez's guilt. He questioned why no other members of the 93-soldier base were suspected in the deaths.

A suicide car bomber aiming for a government convoy killed at least 13 people and injured two dozen more in Baghdad on Thursday morning, police and government officials said.
The 8 a.m. explosion targeted a Labor Ministry convoy as it passed through central Baghdad's Bab al Sharji district. The labor minister, Mahmoud al Radhi, was not riding in the convoy at the time, but at least three of his guards were among the dead, an Interior Ministry official said.

The Telegraph of London adds:

The rush hour attack, near a popular square and playground in the centre of the city, also wounded 14 people.

It underscored the continued dangers facing Iraqis despite a sharp decline in violence over the past year as insurgents defy stepped-up security measures.

The attacker rammed the car into a convoy carrying Mahmoud Mohammed al-Radhi, a Shia politician in charge of the labour and social affairs ministry. He escaped the attack unharmed but three of his guards were killed, his spokesman said, as well as six bystanders.

"It is the latest in a series of criminal acts that are targeting development process in Iraq," said the spokesman.

The blast left a four-wheel-drive vehicle burned out and the charred hulk of the apparent car bomb surrounded.

The windows of nearby shops were shattered.

Ralph Nader is the independent presidential candidate and Matt Gonzalez is his running mate.
Francisco notes this from Team Nader:

Pass It On: Taking One from FDR's Playbook 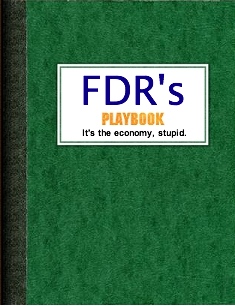 Many have compared the current economic crisis to the stock market crash that started the Great Depression, yet many more have taken comfort that we at least have FDR’s playbook to rescue us. But according to Mike Davis, this is a very different kind of economic crash and FDR’s playbook is woefully outdated. In this new political landscape, Barack Obama appears to be throwing pretty words at a Grand Canyon of a problem.

Today’s Pass It On article was written by Mike Davis and appears on Truthout.org. You can read the original article here.

Also on Team Nader, a debate is planned for today:

Independent Presidential candidate Ralph Nader announced today that he will participate in the only third party debate being held this election cycle to take place on Thursday evening at 9:00pm EST on October 23 in Washington DC at the Mayflower Renaissance Hotel.

The debate will last for 90 minutes and be conducted according to the following format:

Tina Fey plays you sort of bubble-headed. You obviously --
SP: That's funny, I play her bubble-headed, too, when I imitate her.

-- but you don't get to be governor without being smart, so how would you describe your smarts?

SP: How would I describe my smarts?

Do you think you're intellectual?

SP: Yessss. And you have to be up on not only current events, but you have to understand the foundation of the issues that you're working on as a governor. I had to do the same thing as a mayor. So it is not just current events but it's much more in-depth than that to understand how, in the case of me being governor, how did our state get to the position that we are in order for a decision to have to be made. You can't just go on what is presented you. You have to know the background, you have to know the players involved before you make a policy call. So, um, it's uh, it's a good job, it's a tough job and it's a very, very serious job. And no. You don't get to be a governor by being --

SP: Yeah definitely. You don't just go with the flow and take a political pulse on policy. You have to go with what the foundational knowledge is that you have on issues in front of you and you have to put the people you are serving, put them first. You put them before partisanship you put them before special interests. That's how you make decisions as governor.

How do you get that knowledge?

SP: I'm a voracious reader, always have been. I appreciate a lot of information. I think that comes from growing up in a family of schoolteachers also where reading and seizing educational opportunities was top on my parents' agenda. That was instilled in me.

SP: Autobiographies, historical pieces -- really anything and everything. Besides the kids and sports, reading is my favorite thing to do.

What are you reading now?

SP: I'm reading, heh-heh, a lot of briefing papers on a lot of issues that are in front of us in this campaign.

The issue with the interview comes out this Friday. And I noted that. Becky notes McCain-Palin's reposting of the Detroit News' "McCain Best Choice For Uncertain Times"
endorsement:

We've known the Arizona senator for 26 years of stellar service in Congress, and before that as a war hero who endured with courage the unspeakable horrors of a North Vietnamese prison camp.

He is both tested and tempered by his extensive political and military experience. But more than anything else, McCain stands out for being his own man, driven by principle and not afraid to challenge the status quo.

He has been among the Senate's most independent members, repeatedly eschewing ideology to work across the aisle for bipartisan agreements. He has been willing to buck his own party, as he did in leading the push for campaign finance reform, and to rise above political gamesmanship, as he did in negotiating a compromise that broke the judicial nominee logjam. He is nearly alone in the Senate in refusing to thrust his hands into the earmark pork barrel.

And he has been right on the most pressing issues of the day, from climate change to immigration.

Had Congress listened to McCain's warning in 2005 about the dangers of the exploding sub-prime mortgage market, the financial crisis choking the nation today might be less severe. Had the Bush administration heeded McCain's plea for a troop surge earlier in the Iraq War, more of America's soldiers might now be home.

In choosing McCain, we do not ignore the profound significance of Sen. Obama's candidacy. His place atop the Democratic ticket represents a dramatic leap forward for diversity in the national leadership. He has brought an inspiring message of change and hope to American politics and has been unflappable on the campaign trail.

He is a man of tremendous ability who will surely continue to play a vital national role.

But if he wins this election, he will enter the White House as the most inexperienced president since Herbert Hoover in 1928. His proposals reflect the Democratic Party's big-spending orthodoxy. Conservative estimates place the price tag for his new programs at nearly $350 billion a year, and yet he vows even more middle class tax cuts.

Obama would raise taxes on investors and costs for job creators at a time when America needs more investment and jobs.

By contrast, McCain vows to freeze spending while he scours the budget for areas where it can be cut. Though his opponents deride a spending freeze as a simplistic response, we must take a breather from the Bush-era spending spree that has increased the size of government by 50 percent during the past eight years.

***ADDED: At Reclusive Left, Marci saw a video of a speech Sarah Palin gave and asked that it be noted here. We'll note it tomorrow as well***

And Green Party presidential candidate Cynthia McKinney will appear Saturday October 25 on NPR's Weekend Edition Saturday. And the McKinny campaign will be campaigning in Seattle:

Cynthia McKinney will be speaking in support of grassroots and institutional solutions to violence and other issues plaguing urban communities nationwide. This event is hosted by the Umojafest Peace Center and the McKinney/Clemente 2008 Power To The People Campaign. The program will include hip-hop and spoken word performances, speakers from youth and community based organizations, and a showing of the award-winning film, American Blackout.

* 11am - 12:30pm
"The Power of Student Movements: How to Use Your Campus as a Tool to Change the World!"
Broadway Performance Hall
Broadway at Pine Street, Seattle
The public is invited.

Ms. McKinney will address the growing concerns of students, the need for student leadership, and how students can organize on campus to engage in and impact social justice struggles and make meaningful contributions to communities outside school. This event will be hosted by the Black Student Union of Seattle Central Community College.

Peggy Wolf, WA State Power To The People Campaign Media Liaison
206.859.0206
pwolf@mckinney08news.comThis e-mail address is being protected from spambots. You need JavaScript enabled to view it

sandra sobieraj westfall
Posted by Common Ills at 5:22 AM