Thursday, August 2, 2018. Corruption continues in Iraq, still no new government formed and, believe it or not, they're still working on the recount.  Still.

Iraq has no effective policy or institutional frameworks for minority rights, the UN special rapporteur on minority issues has pointed out. Vulnerable minority groups were already suffering discrimination, persecution and displacement in the chaos of pre-ISIS Iraq: the Iraqi Ministry of Displacement and Migration estimated that between 2003 and 2008, nearly half of Iraq’s minority communities had already left the country because of targeted violence including murder, abduction, torture, rape, and intimidation, along with destruction of their religious buildings and homes. While the 2005 constitution includes some clauses guaranteeing religious freedom and political representation for minorities, none of that helped when ISIS began abducting and massacring Turkmen, Christians, Yazidis, Shabaks and others. With the Iraqi government, Kurdish authorities, and international community still unable to ensure protection in post-ISIS Iraq, the chances of their return remain low.
As for transitional justice: Iraq has detained more than 19,000 people on terrorism-related charges, mostly related to ISIS, and convicted at least 8,861 since 2013, according to a recent study from the United Nations University. At least 3,130 of those convicted have been sentenced to death on terrorism-related charges. The study also found that the justice system fails to distinguish between different levels of ISIS involvement—an ISIS fighter is often treated the same way as the wife of an ISIS fighter. The government has also often relied heavily on anonymous informants, and convicted suspects on thin evidence. The danger is that this sort of overly punitive system could backfire and create new grievances that will fuel more extremism and violence, the study said.

#iraq is like Abadis pants, once the belt is broken there is no chance of holding it together. #TwitterKurds #Basra #IraqProtests #unifiedIraq

Su's article is entitled "After ISIS, Iraq is still broken."  And it was broken before the rise of ISIS.  It is a failed state.  ISIS was very good for the Iraqi government, it distracted from all the government's failures and, of course, Hayder al-Abadi used it to silence critics -- we must focus on ISIS!  You may remember that Shi'ite cleric and movement leader Moqtada al-Sadr's supporters were protesting (what? corruption, of course) and Moqtada was urged to call them off so the focus could be ISIS.

Last December, in an effort to make himself appear successful, prime minister Hayder al-Abadi announced the defeat of ISIS.  This despite the fact that (a) holding territory is not a traditional terrorist aim and (b) though Mosul was 'liberated' or liberated, places in Anbar Province remained under the control of ISIS.  Last week in a Pentagon press conference in Baghdad, Brig Gen Frederic Parisot declared that ISIS still controls 30 kilometers in Iraq.  That's close to 19 miles.

So, as I've said, Iraqi Security Force Operations are becoming increasingly independent and they are demonstrating the capabilities and professionalism that they exhibited through the liberation campaign.

As a coalition, we've continued to provide them with air support as you've already said, and advise, we provide them intelligence, but -- but most of all, we're helping mentor them though the planning and conduct of their operations and also building their -- their capabilities through our training efforts amongst their building partner capacity sites.

They were delivered in those years and many more -- these claims that now the Iraqi military is trained and doing things themselves.

But the exact words above are from Army Maj Gen Felix Gedney, speaking Tuesday at the Pentagon's press conference from Baghdad.

If all the 'turned corners' said to have been reached in Iraq really existed, Iraq would be nothing but sharp edges.

Hayder bragged he'd defeated ISIS back in December.  He didn't.

And he accomplished nothing else in four years as prime minister.

This is especially appalling because then-US President Barack Obama installed him (August 2014) to replace Nouri al-Maliki whose reign as chief thug and prime minister had been one corruption scandal after another (most infamously with the Russian deal which also implicated Nouri's own son). As 2010 was ending, Iraqis were already on the street protesting corruption.  Their numbers and their determination led Nouri to insist (February 2011) that, if the protesters would go home and give him 100 days, he would take care of the corruption.  They went home.  He never took care of it, he didn't even address it.

Anger over corruption in Iraq only continued.  And, please note, the western media rarely covers the corruption.  You have to go the Arab media, for example, to read that so many pounds of food delivered to a city or province had to be immediately disposed of because it was spoiled before shipping.  Corruption is rampant in Iraq. It's why Iraq was ranked 169th least transparent nation on Transparency International's Corruption Perceptions Index (2017).

Hayder came into office knowing the perceptions and the outrage and he promised he'd address corruption but he never did.


May 12th, Iraq held national elections.  Ahead of the elections, there had been big hopes -- these hopes included a large turnout.   Ali Jawad (ANADOLU AGENCY) noted, "A total of 24 million Iraqis are eligible to cast their ballots to elect members of parliament, who will in turn elect the Iraqi president and prime minister."  RUDAW added, "Around 7,000 candidates have registered to stand in the May 12 poll, with 329 parliamentary seats up for grabs."  AFP explained that the nearly 7,000 candidates includes 2014 women.  THE SIASAT DAILY added, of the nearly 7,000 candidates, "According to the electoral commission, only 20 percent of the candidates are newcomers." Ali Abdul-Hassan and Sinan Salaheddin (AP) reported, "Iraqi women account for 57 percent of Iraq’s population of over 37 million, according to the U.N. Development Program, and despite government efforts to address gender inequality, the situation for Iraqi women has declined steadily since 2003.  According to the UNDP, one in every 10 Iraqi households is headed by a widow. In recent years, Iraqi women suffered further economic, social and political marginalization due to decades of wars, conflict, violence and sanctions."

UNAMI‏Verified account @UNIraq 22h22 hours ago
01/08/18 – DSRSG #Walpole revisited the Baghdad electoral recount centre to assess progress on the manual recount of votes from the 12 May national #elections; met with Judge Jassim, Head of the Board of Judges overseeing the recount, recount staff and reps of political parties. 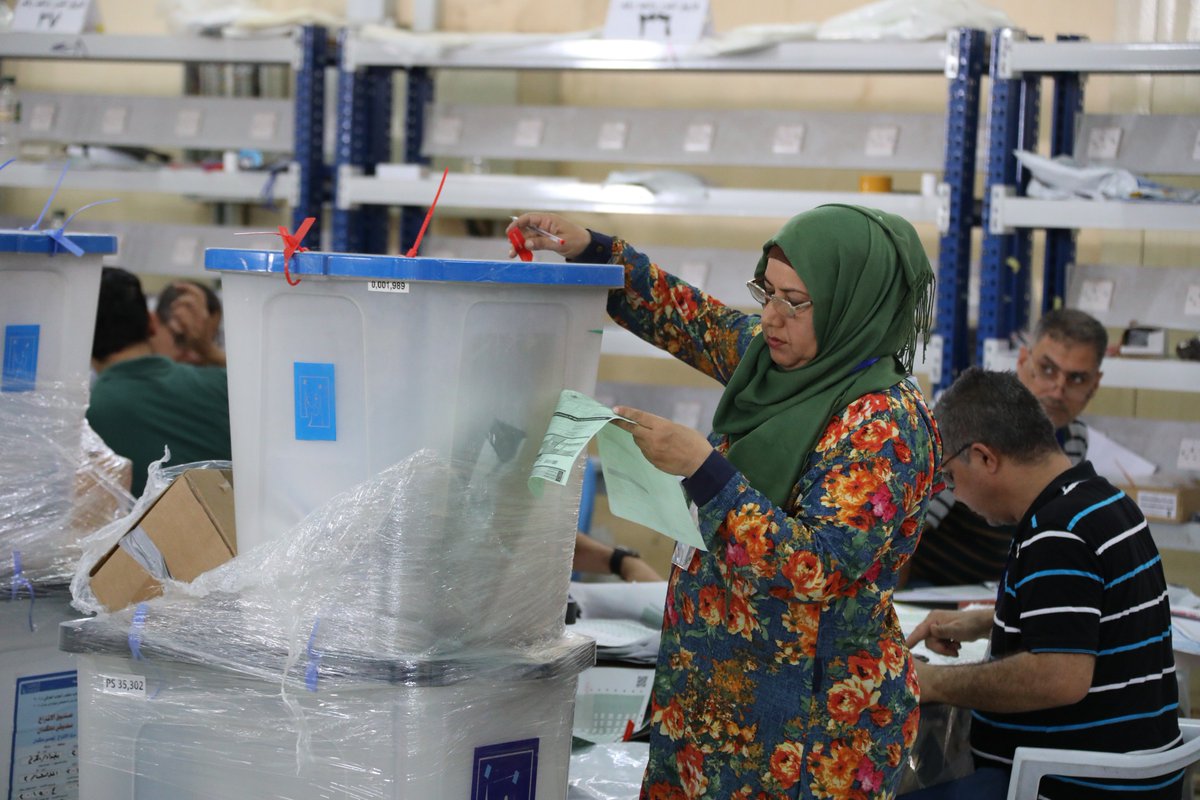 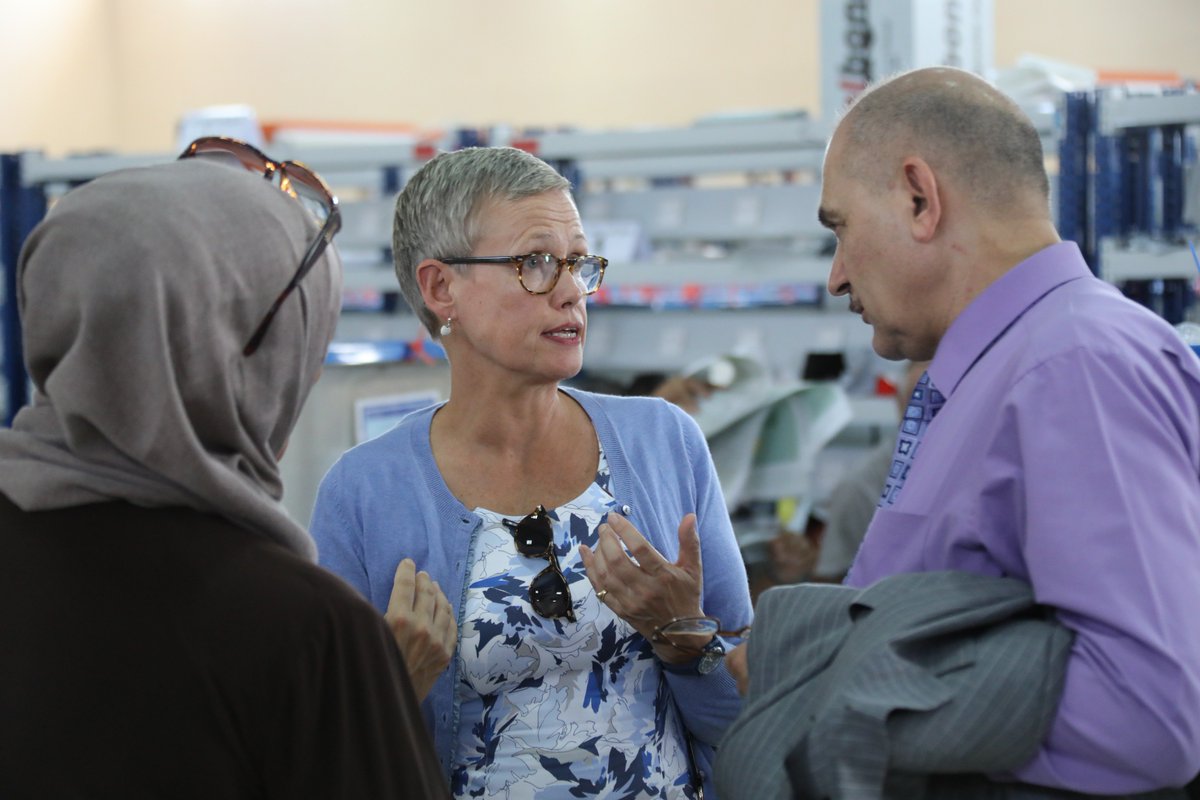 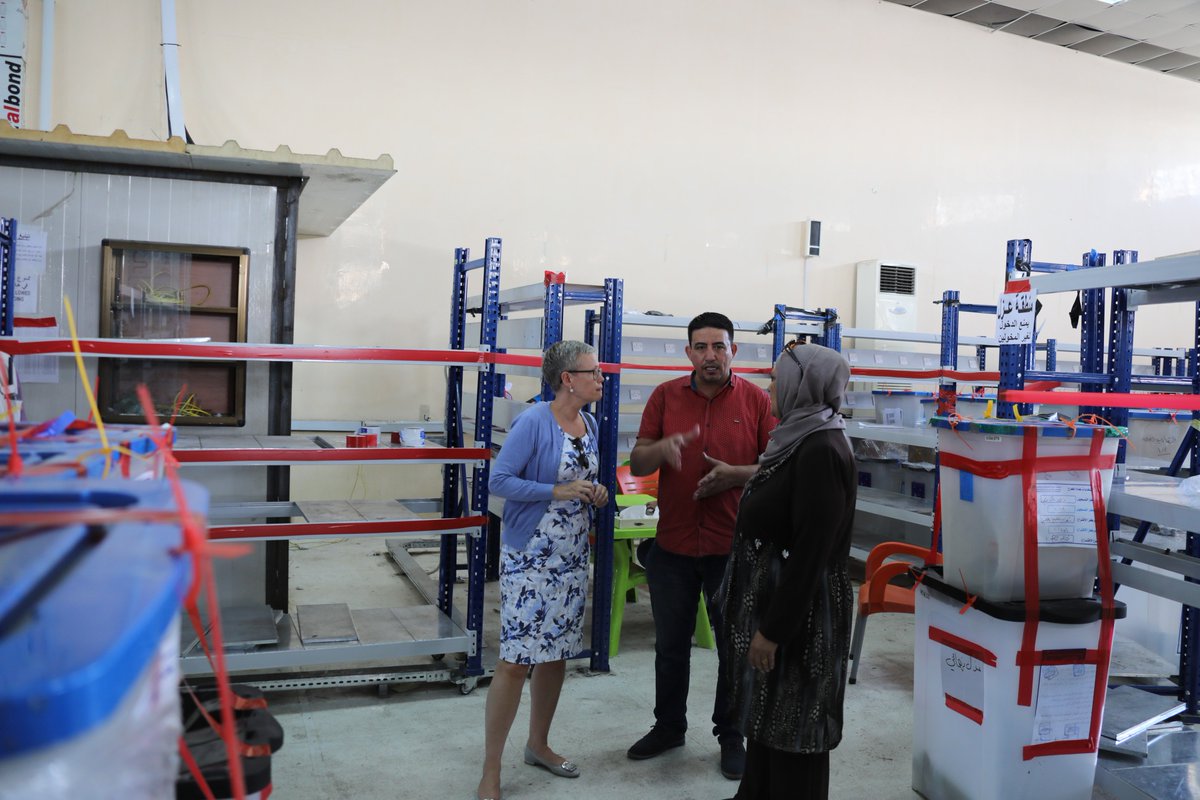 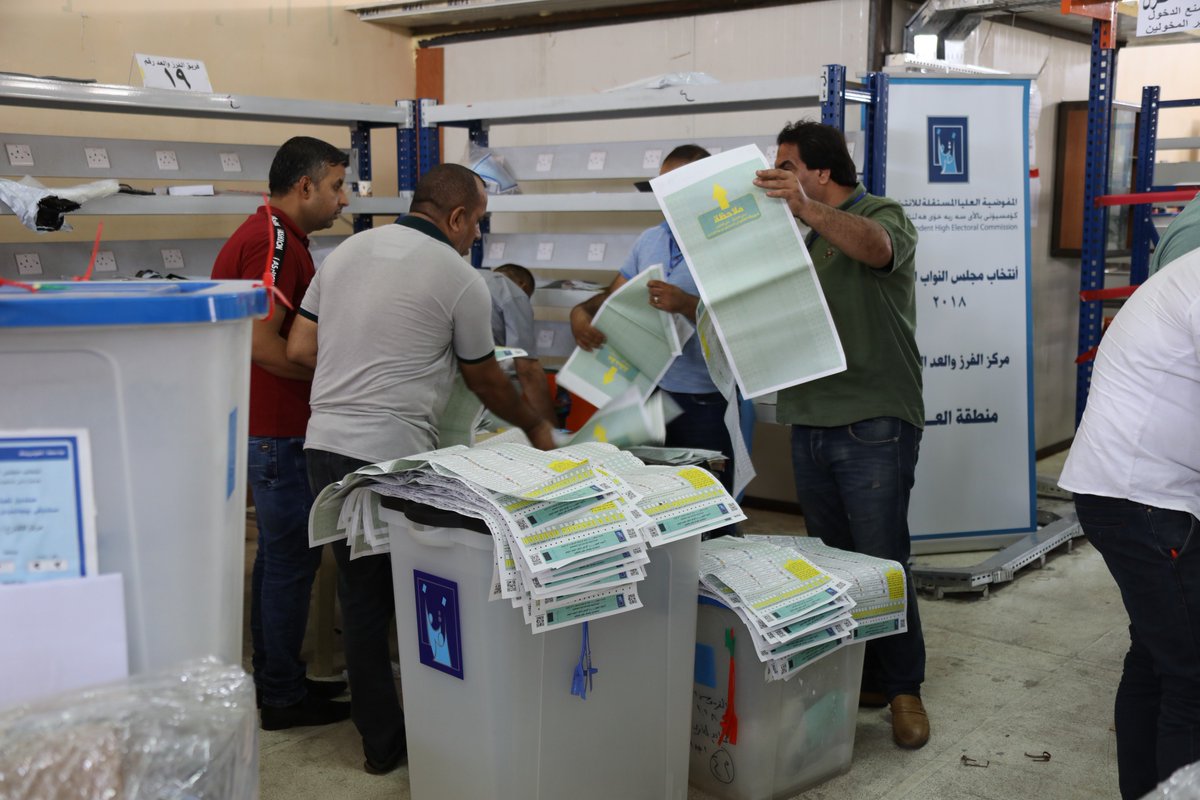 
It takes a whole month (and counting) to do the recounts?  And this was supposed to be a partial recount.  What's the hold up?

Protests are ongoing in Iraq -- over corruption, lack of basic services, lack of jobs, lack of security.


On corruption and protests, let's drop back to Monday's snapshot:


On Saturday, Hayder al-Abadi attempted a cosmetic change by firing five election officials.  It was not addressing corruption.  So Sunday he made the following announcement:

PM @HaiderAlAbadi orders the suspension of the Minister of Electricity due to poor performance of the sector. The @IraqiGovt is taking action to immediately improve the supply of electricity across Iraq
20 replies41 retweets211 likes


Suspended is not fired.  More to the point, the Cabinet is for the previous government.  There's no new Cabinet yet (still?).

Hundreds of protesters have been arrested, hundreds have been injured, at least 14 have been killed and at least one has been fired.

However, the decision to dismiss the electricity minister did not help calm the protests, as Iraqi demonstrators in Basra province erected tents in front of the provincial council on July 31 to start a sit-in against electricity cuts and the lack of services and job opportunities amid intensive security measures. And other southern cities are still witnessing continued protests against power cuts and the lack of services and jobs.
Since 2003, there hasn’t been a minister of electricity that completed his term without resignation or dismissal, and none have met promises or solved the electricity problem.

These minor moves by Hayder really are too little and too damn late.