Wednesday, June 5, 2019.  Joe Biden continues to self-destruct and a new fellow steps up to defend  both Tammy Duckworth and the never-ending occupation of Iraq.

In the US, press favorite Joe Biden continues to be excused and pimped by so much of the press.  Case in point?

We're supposed to be mad at Biden because he copied a few lines of his climate plan from environmental groups? That's not "plagiarism." That's "agreeing." "https://www.businessinsider.com/joe-biden-climate-change-plan-copies-language-from-other-organizations-2019-6 …
641 replies235 retweets1,057 likes

It's "borrowing"?  Is that Tweet supposed to be comedy?

We all know Michael Grunwald is a piece of trash, there's no debate over that.  He applauded the illegal murder of an American citizen in a 2011 drone killing and he called for a drone to assassinate Julian Assange.  He's unhinged, there's no doubt.  A functioning society would not employ him as a journalist.  POLITICO, however, thinks he's their cup of tea.

When not Tweeting, by the way, Grunwald hangs around with his thumb up his ass which is why his website that he links to on his Twitter feed?  It's up for sale.

Please call 1-303-893-0552 for more information, or
Contact Us to inquire about the price for MichaelGrunWald.COM

Someone tell stupid he needs to make a payment.  Life is hard, and the cray-cray have trouble in our world, let alone managing to pay their bills.  Cray-Cray Gurnwald, about to lose his site for good.

Borrowing?  It's plagiarism and Joe Biden has a long history of it -- a previous run for the presidential nomination failed when he was found to be plagiarizing another person's speech.  And he plagiarized in college.  He insisted then he just didn't know better and he would learn.  He was an adult in college, and clearly, he did not learn.

A week ago, @BernieSanders got huge attention for releasing the most comprehensive K-12 education plan of any 2020 candidate. A week later, it appears @JoeBiden just lifted key parts of Bernie’s proposal and is calling it his own “new” plan. The more the merrier, I guess... 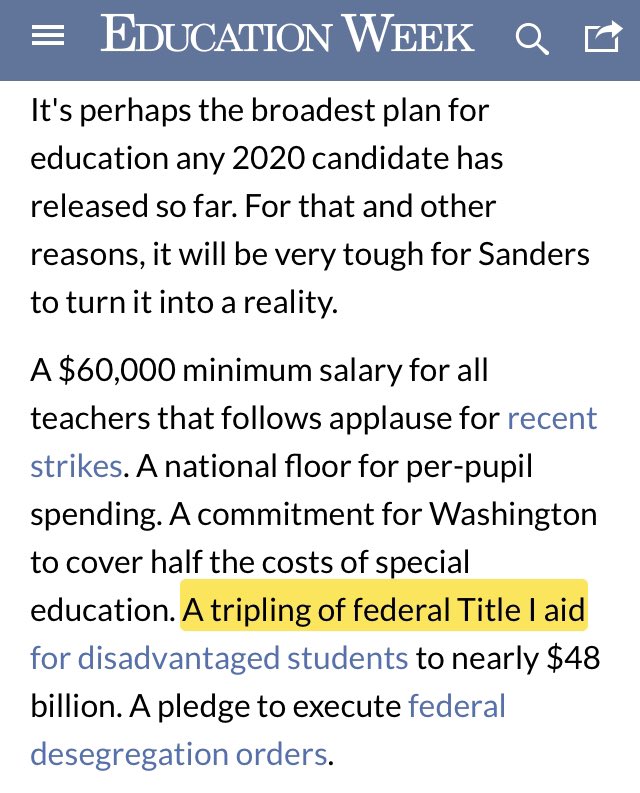 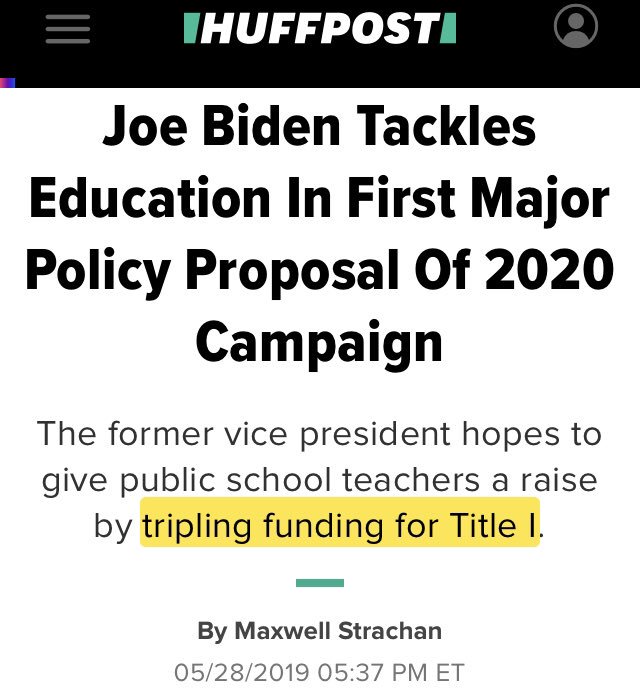 
This should be very troubling to everyone.  There's talk and speculation -- and it's gone on for years -- that Donald Trump didn't even want to be president.  Speaker of the House Nancy Pelosi floats the idea that he wants to be impeached.  Why? Some of it is just idle gossip but some of it is comes from examining his behavior and trying to figure out what is going on?

Not a little reckless, hugely reckless -- maybe more so than even Donald Trump.

He says he wants to be president.

Yet he knows his first run for the nomination ended because he was caught stealing sentences from a speech made by a British politician.  Just like in college, Joe insisted he would learn from it.

And as May came to an end, he was facing charges yet again of plagiarism.  It so not bothered him that this week he's releasing a report that is -- yes -- plagiarized.

This should trouble anyone.

Now let's bring in another aspect.  Joe still can't keep his hands off women and girls.  And at his town hall yesterday, he was back to making jokes about it.

I’m just going to say it. @JoeBiden is a disrespectful asshole and women have known these “nice guys” since the dawn of time. Just sexist enough to dismiss your feelings and your space but nice enough to make the discomfort your fault.
1:21 PM - 4 Jun 2019
123 replies735 retweets2,558 likes

He is disrespectful.  Trina made that point last night in "Joe Biden is offensive."


The two topics are related.  Joe's bad behavior is called out and what does he do? He doubles down on it in both cases.  He says he's going to work on it and he never does.  He just keeps doing the same thing -- plagiarizing, disrespecting females -- over and over.  He won't change.  It's all a joke to him.

It’s not the first time Mr Biden has made light of the accusations that he’s engaged in inappropriate behaviour towards women, including a high-profile story from Lucy Flores, who ran for lieutenant governor in Nevada in 2014. During a campaign event, Mr Biden smelled her hair and kissed the top of her head, both of which were unwelcome.

After Ms Flores published her story in New York Magazine, Mr Biden appeared to joke about her accusations at a public event, saying he said he had “permission” to touch both a speaker introducing him and a child on stage later.

Biden, whose behavior renewed attention on his mixed record on women’s rights, also failed on several occasions to issue a direct apology to law professor Anita Hill for his role in the shambolic 1991 Senate hearing on her sexual harassment allegations against now-Supreme Court Justice Clarence Thomas.


Lucy and Trina are calling it correctly.  And you better believe this will carry over if Joe gets the nomination.  His attitude will lower the turnout of women.  Now back in 1984, when Fritz couldn't connect with women, they added Geraldine Ferraro to the ticket.  Some are insisting that Joe can add Stacey Abrams to the ticket and that will address the problem.

Overweight or curvy (whichever term you prefer) Stacey?  Joe's going to be grabbing her like crazy at every event.  It will not play well.  We know Joe's not going to change and Stacey will 'good sport' it and just try to grin through it.  But it will not play well to women.

Joe is the self-imploding candidate.  That's been the reality of every run he's ever made for the Democratic Party's presidential nomination.

Why should this time be any different?

Is he?  He may be but he's still not wise enough.  A wise person listens when people object.  Whether he intends to creep people out with his fondling of women and girls or not, it has been made clear to him that it is creepy.  And yet he continues to do it and he continues to make jokes about it.

He has a long history of plagiarism.  It killed his first attempt to be president.  Yet three decades later, he's already plagiarizing again -- twice in the last two weeks alone.  And this inability to learn is a pattern for him.  Jacob Weindling  (PASTE) offers:

I’m starting to think that Joe Biden cannot beat Trump. Sure, we’ve all been tricked into thinking that Biden is the “safe” candidate because he’s a white male in America who has the best name recognition in the race, but there’s a reason why Joe Biden never polled above 5% in a primary before this one. He’s an industrial-sized gaffe machine and a bad, cynical candidate who, like Trump, wants to return all of us to an idyllic period that never existed. Case in point is this jaw-dropping story from the 1988 presidential race, published yesterday in the New York Times:

“When I marched in the civil rights movement, I did not march with a 12-point program,” Mr. Biden thundered, testing his presidential message in February 1987 before a New Hampshire audience. “I marched with tens of thousands of others to change attitudes. And we changed attitudes.”
More than once, advisers had gently reminded Mr. Biden of the problem with this formulation: He had not actually marched during the civil rights movement. And more than once, Mr. Biden assured them he understood — and kept telling the story anyway.

First off, the notion that the civil rights movement lacked a policy vision is insulting. Rosa Parks is famous for opposing a policy that forced black Americans to sit in the back of the bus. Martin Luther King Jr. constantly spoke about state power and how systemic racism creates outcomes which impoverish millions of people. Americans had separate water fountains and could not eat at the same counters. That’s all policy. This is stuff kids learn early in high school, and yet 1987 presidential candidate Joe Biden tried to characterize the civil rights movement (that he knowingly claimed to falsely be a part of) as simply one big group hug trying to “change attitudes.”


This is not a leader and it's also not anyone you want to be stuck trying to drum out the vote for in November 2020.  He is a self-destructive person and he could take the party down with him in 2020 if he is the nominee.

Already, as Philip Elliot (TIME) notes, his campaign is having to manage him, "When Biden tried to take a sixth question, his staff started playing music, just as they do when an Oscar speech goes long. It was time to cut him off."

Joe voted for the Iraq War and he needs to answer for that as well.

The Army has identified the command elements that will be heading to Iraq to lead the fight against remnants of the Islamic State and to Afghanistan as peace talks with the Taliban continue.

On those going to Iraq, KWTX notes, "Fort Hood’s III Corps Headquarters is headed back to Iraq this fall for a third time as part of a regular force rotation, replacing XVIII Airborne Corps Headquarters, as the headquarters of the Combined Joint Task Force-Operation Inherent Resolve, the Department of the Army announced Friday."  But Texas isn't th eonly state from which they're deploying to Iraq.  Alaska's "Fort Wainwright Soldiers were in the Yukon Training Area this week completing their last certification before their upcoming deployment to Iraq."

As we pointed out Monday:

Mike's "Shut up, Tammy!" refutes Tammy's b.s. claims that US troops need to stay in Iraq because the Iraqi government is our ally.  No, it's not.

And let's say a big f**k you to Tammy and all of her other trans-partisans.  Tammy's a Republican posing as a Democrat.  Her argument was refuted 13 years ago by the Democratic Party.

That is why Democrats demanded benchmarks to measure success.

Tammy, like Republicans back then, rejects a call for benchmarks or a means to measure progress.  She just argues for open-ended and never-ending troops on Iraqi soil.


Tammy's got a new suiter -- don't worry, Tams, I'm sure he won't get fresh with you (really, I'm sure of that).  Stepping out of whatever new closet he's in, Daniel Speckhard joins Tams in arguing for never-ending war:


Second, the U.S. should continue security assistance to the country. This includes training and supporting the Iraqi army — in no small part to ensure that it is neither taken over from within by political groups nor unduly influenced by the Iranians with the reintegration of militia forces. There must also be a sense that the U.S. will remain engaged on the security front for the longer term. Otherwise, the lack of commitment will result in a vacuum that will be filled by others, like Iran.

In the meantime, how dare you?

He should be publicly rebuked.  US troops have to be in Iraq to fight ISIS?

More to the point, why are US lives worth risking for a country that does not have a Minister of Defense or a Minister of the Interior -- those are the security cabinets and since October, there has been no leadership because there are no Ministers for either cabinet.

American lives are to be put at risk to protect a puppet government that can't even fill their defense posts?