Let's pick up with Ava's entry last night. I've just read the garbage ____ e-mailed that Ava was commenting on last night. The, "It wasn't me, it was this mean nasty troll and I'm under so much stress" garbage.

That's interesting. ____ never raised that at her site, did she? As Ava points out, I post the cancer snapshot last night and, suddenly, _____ shows up with, "Someone's been impersonating me and writing racist things!" No, dear, that would be you, Gutter Trash.

It's hilarious that she thinks "evil twin" is going to excuse her actions or that we're going to buy it.

It's hilarious -- something I only grasped while reading her e-mail (sent by her "chump," as Ava's called him) -- that the 'organization' took a non-response yesterday.

You hope it works out?

She e-mailed this site as your spokesperson -- the only reason she got a reply.

Jess' reply to her notes at the top that he knows the stunts she pulled last year with Rebecca and Mike. And strangely, ____ never offers her "nasty troll" excuse at her own site. Never brings it up until she's worried she's about to be outed.

But Jess, Jim and Dona, in all three e-mails, tell her not to write unless she has a war resister event or news. Do you get that? The organization doesn't?

She was representing them, a reply from Jess only went out because of the organization. Those weren't her e-mails to post.

As Ava points out, their actions have put their honesty into question with anyone thinking of resisting in the US. That's correct.

Why is that though?

Because ____ contacted this site on behalf of the organization -- that's how she represents in her e-mails. Meaning those replies weren't her personal e-mails. Meaning, don't give me your garbage about how it doesn't involve your organization. It damn well does. You better handle it on your end really quick.

And I find it most hilarious that chump is saying Rebecca's comment (which he says some "man" wrote -- apparently their excuse for not letting people see Rebecca's comment) is probably proof that it's the troll. That would be the comment that Rebecca at ____'s site, explaining that ____ was LYING about the 2007 interaction. There is a ton of poor ___ in it and not one of note of concern for my children or apology for the actions.

Guess what? Not naming them? Probably off now.

Tony Perry's "Ex-Marine acquitted in Iraqi prisoner deaths" (Los Angeles Times) covers the fact that Jose Luis Nazario is no longer facing any charges and quotes a juror stating "There just wasn't enough real evidence." Including corpses. Which means it never should have made it into court. You don't have the evidence, you don't prosecute.


Erica Goode and Riyadh Mohammed's "Iraq Signs Oil Deal With China Worth Up to $3 Billion" (New York Times) announces that China National Petroleum signed a contract with the puppet government in Baghdad. With the DNC speeches this week repeatedly hitting on the borrowing from China, that will probably not go over well in this country. Some examples:

Mark Warner: "Two wars, a warming planet, an energy policy that says let’s borrow money from China to buy oil from countries that don’t like us. "

Al Gore: "As I have said for many years throughout this land, we're borrowing money from China to buy oil from the Persian Gulf to burn it in ways that destroy the future of human civilization."

Hillary Clinton: "The biggest deficit in our nation’s history. Money borrowed from the Chinese to buy oil from the Saudis. "

Links go to text (some have video as well) of speech. Micah notes this from Team Nader: 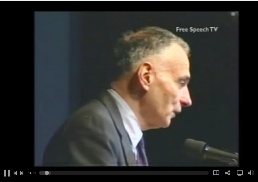 riyadh mohammed
Posted by Common Ills at 5:22 AM