Friday, March 1, 2019.  Basra?  A filthy jerk wants to impose fees on the residents -- the already suffering residents.  In addition, we look at the six women running for the Democratic Party's presidential nomination.

Amy Klobuchar‏Verified account @amyklobuchar 14h14 hours ago
Exactly one year ago I sat across from the President during a meeting on gun safety at the White House where he said he supported expanded background checks nine times. Nothing has been done. Mr. President — the American people deserve a leader who can deliver.
236 replies1,040 retweets4,915 likes


"Nothing has been done."  Well, Amy, put down that glass of water, get off your ass, and pass some legislation because that's what Congress does.  Is it that confusing to you? To you, a sitting US senator?

We're noting each of the six candidates in today's snapshot by including their top two Tweets on their Twitter feed.  That's number two and it's Amy making a fool of herself.  The top one?

She seems determined to deliver the chuckles today.

Amy Klobuchar‏Verified account @amyklobuchar 16h16 hours ago
A lot can happen when you work to find common ground and prioritize solutions. Thank you so much to my staff who work so hard for the people of our state and country.
49 replies344 retweets1,404 likes

She pinned that one.  We've avoided all she's-a-bitch-to-everyone-who-works-for-her stories but there she is stupidly reTweeting something that she thinks helps her when it only makes the topic more discussed.  A friend sat down with Barbara Walters once (more than once, but we're talking about one interview).  She's a sweet woman but when Barbara asked her what was the biggest mistake people think about her, my friend replied, "That I'm a bitch."  No, she's not a bitch.  And she should have ignored that and spoken about something else.  Amy also should ignore those whisper articles.  She's never going to be able to successfully refute them so she should just focus on other things.


Is Amy a bitch to her staff?  When do they ever ask that question about men?

Sarah Abdallah‏ @sahouraxo 15h15 hours ago
Sarah Abdallah Retweeted CNN
How about we discuss George Bush Sr. and Jr. destroying Iraq, killing and displacing millions, giving rise to ISIS, and destabilizing the entire Middle East for decades to come, instead of making them out to be some lovable characters from a family-friendly sitcom? Thanks.
Sarah Abdallah added, 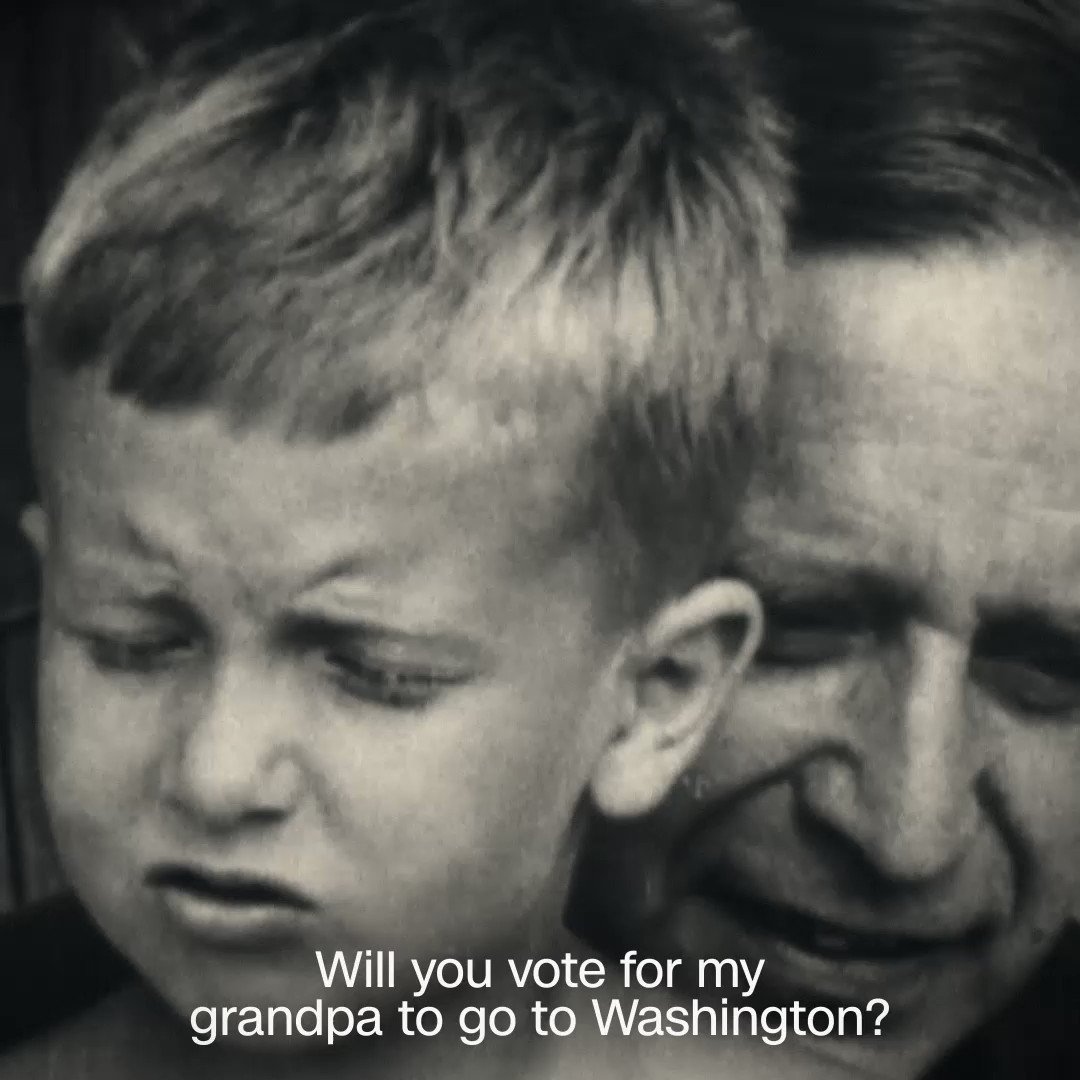 0:30
CNNVerified account @CNN
A political legacy 60 years in the making. These Bush family campaign ads will take you back in time as three generations begin their fight for political power. #TheBushYears premieres Sunday at 9p ET/PT on CNN
69 replies611 retweets1,148 likes

Bully Boy Bush kicked off an illegal war that continues to this day.  And CNN is spit polishing a turd   We can say that, right?  Joe Fazzio's script for the powerful season finale of HOW TO GET AWAY WITH MURDER used the term last night, so we can use it hear, right?

Regardless, Bully Boy Bush is a War Criminal.  And CNN's rushing to prop him up -- and his hideous father who was so vile and disgusting that the rumors about him including that Poppy Bush was a child molester, was involved in the assassination of JFK and that he lied to Congress about his previous CIA employment.

That gets air brushed.  But if Amy wasn't boss of the year, that's a story we have to hear day after day after day.  Every story that highlights something unfortunate about a female candidate is not sexism.  But I think we can all ask ourselves what male is seen as 'the boss from hell'?  The press really isn't concerned with those stories and I can think of several the press is currently soft-jobbing who are rather vile and several who harass women in the workforce.  The Amy 'reports' seem to be rooted in sexism.

Kamala Harris‏Verified account @KamalaHarris Feb 27
Unless we elect a President that will stand up to the gun lobby, nothing will change. As President, I will fight for universal background checks, closing the Charleston loophole, and an assault weapons ban.
2,266 replies4,440 retweets31,340 likes

Get it?  She's just a US senator, poor thing.  She's powerless, you understand.  But make her president and she'll do something -- she'll finally do something.

Is that going to work on people?  I ask because I remember that same promise when she was running for the US Senate.  Maybe others don't because they don't vote in California.  But, yes, Kamala was going to be the big fighter in the Senate, if you'd just elect her.  She was all "put me in, coach, I'm ready to play."

And play is all she's done which is why she's running for another post now but making the same (unfulfilled) promises yet agin.

A lot of unfavorable things have been said about Kamala in recent weeks.  Pay attention, Amy, she doesn't use her Twitter feed to reinforce negative images of herself.  She could be offering Tweets about "I am honest!" and that would just raise issues about her recent statements.  Like below.

CNN‏Verified account @CNN Feb 27
Sen. Kamala Harris this week mischaracterized a 2008 policy she supported that led to undocumented minors who were arrested for suspected felonies being turned over to Immigration and Customs Enforcement before they had been convicted of crimes https://cnn.it/2EcJ8jy 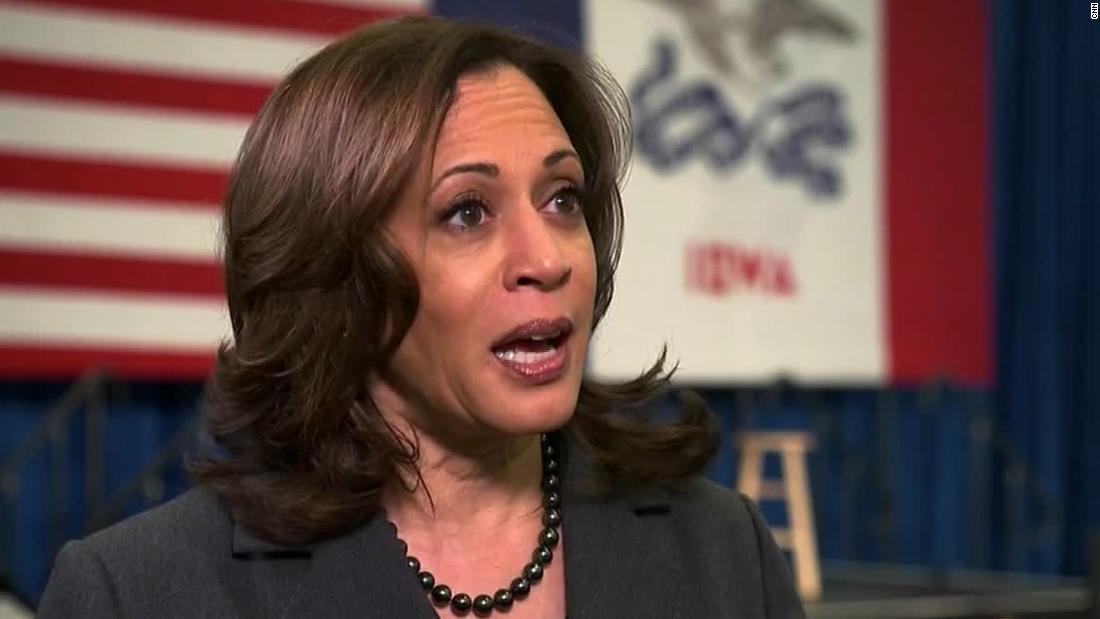 
Instead, she uses her Twitter feed to craft the image she wants the voters to have.

The Tweet links to a September 7, 2018 press release from Amnesty:


Following several nights of protests in Basra, Iraq’s second largest city, and the use of excessive force by security forces including live ammunition, which resulted in the deaths of at least seven protesters, Razaw Salihy, Amnesty International’s Iraq Researcher, said:
“We welcome Prime Minister Haider Al-Abadi’s stated commitment to conduct an investigation into the deaths and violence during the protests. Amnesty International urges the Iraqi authorities to ensure that such an investigation be conducted in an independent, impartial and effective manner.

“Security forces, for the second time since July, opened fire on protesters who were demanding improved public services, including water, electricity, better medical services and an end to corruption. The Iraqi authorities are obligated to respect the right to peaceful protests, and even if protesters are violent, only the minimum force necessary to address it can be used.

“The authorities must bring those suspected to be responsible for these deaths to justice in fair trials. Iraqi lawmakers must urge the Prime Minister to uphold his promise of an investigation, and should ensure that it is conducted in a thorough and effective manner”.
Background information
Read the full Amnesty International’s Public Statement here: https://www.amnesty.org/en/documents/mde14/9055/2018/en/
There is still not justice.  And Iraq's even changed prime ministers since that press release.

Local Observer مراقب محلي‏ @Observer46664 Feb 27
Iraqi Ministry of Electricity wants to go ahead with implementing the *collection of electricity fees* system in Basra Province. Some have warned that the implementation of this system will re-ignite protests in Basra as its citizens are against paying increased fees for power.
1 reply3 retweets5 likes
Show this thread

Though Adil Abdul-Mahdi can't fill the security posts in his Cabinet to this day, he did name a Minister of Electricity, Luay al-Khatteeb.  Mahdi has done nothing to address the concerns of the protesters and now Luay wants to start charging Basra residents "electricity fees"?

The big Iraq question for the day?

Is Luay al-Khatteeb really that much of a stupid, ignorant fool or is he just a liar?

(Secondary question, why did Brookings hire him?)

Luay is a defender of bullies and abuse and that is also reason to question why Brookings hired him and continues to work with him.


That's the reality on Luay and we've long noted it here.  He's a hateful person.

Elizabeth Warren‏Verified account @SenWarren 12h12 hours ago
Jane Bolin, the first Black woman in US history to become a judge, said that achieving equality for Black women means fighting "every inch of the way.” As the struggle for equality continues, we follow her courageous example. #BlackHistoryMonth


Senator Elizabeth Warren is seeking the Democratic Party's presidential nomination.  She's been Tweeting about Black History Month throughout February.  One does question whether she's doing her own Tweeting and what she knows.  I'm not sure Bayard Rustin is one she should be endorsing, for example.  As we've rightly become a nation that doesn't shove people into the closet, Bayard had been reconsidered.  That's fine as long as we don't mistake him for a hero.  Translation, his later days were especially embarrassing (he was a rabid supporter of the war on Vietnam) and his past -- political past -- might concern some of her supporters.  (In fact, I'm surprised THE DAILY CALLER, et al, didn't run with her Bayard Tweet.)

Elizabeth Warren‏Verified account @SenWarren 18h18 hours ago
I didn't think things could get any worse at the @EPA after Scott Pruitt. But I was wrong. The Senate just confirmed Andrew Wheeler – an ex-lobbyist who worked to roll back critical environmental regulations – to run the agency. Our kids will pay the price.
445 replies1,848 retweets4,078 likes

"I didn't think things could get any worse"?  A leader who can admit they're not perfect would be a step up over so many who have already occupied the White House.

Senator Kirsten Gillibrand is seeking the presidential nomination as well.

She's pinned that Tweet for over a month.  Next time we check in on the six women, we'll ignore pinned Tweets.  But she's right to note she is a fighter and female servicemembers and veterans are aware of that fact.  Especially if you contrast her with former Senator CM.

Kirsten Gillibrand‏Verified account @SenGillibrand 12h12 hours ago
February is ending, but the lessons and commitments of #BlackHistoryMonth

should last year-round: Determination to never accept injustice. Courage to do the right thing. Inspiration to light our way. This is all of our torch to carry, and all of our future to build.
65 replies57 retweets322 likes

Marianne Williamson‏Verified account @marwilliamson 10h10 hours ago
I will be back in Iowa for campaign events from March 1 through March 3. RSVP for the full schedule at http://marianne2020.com/events  and please spread the word! #marianne2020 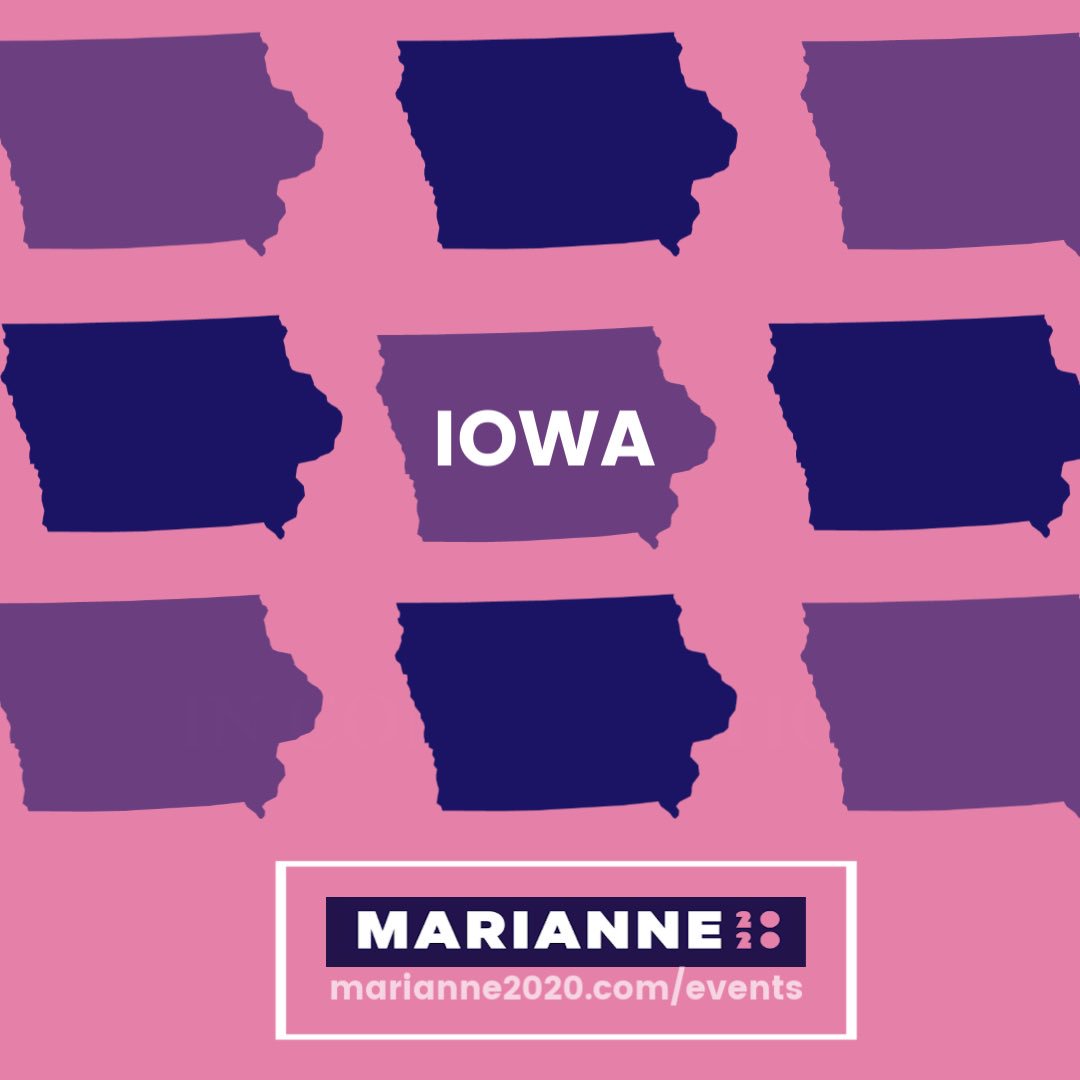 She continues to campaign and the press on whole largely ignores her.  As does the hideous Samantha Bee. 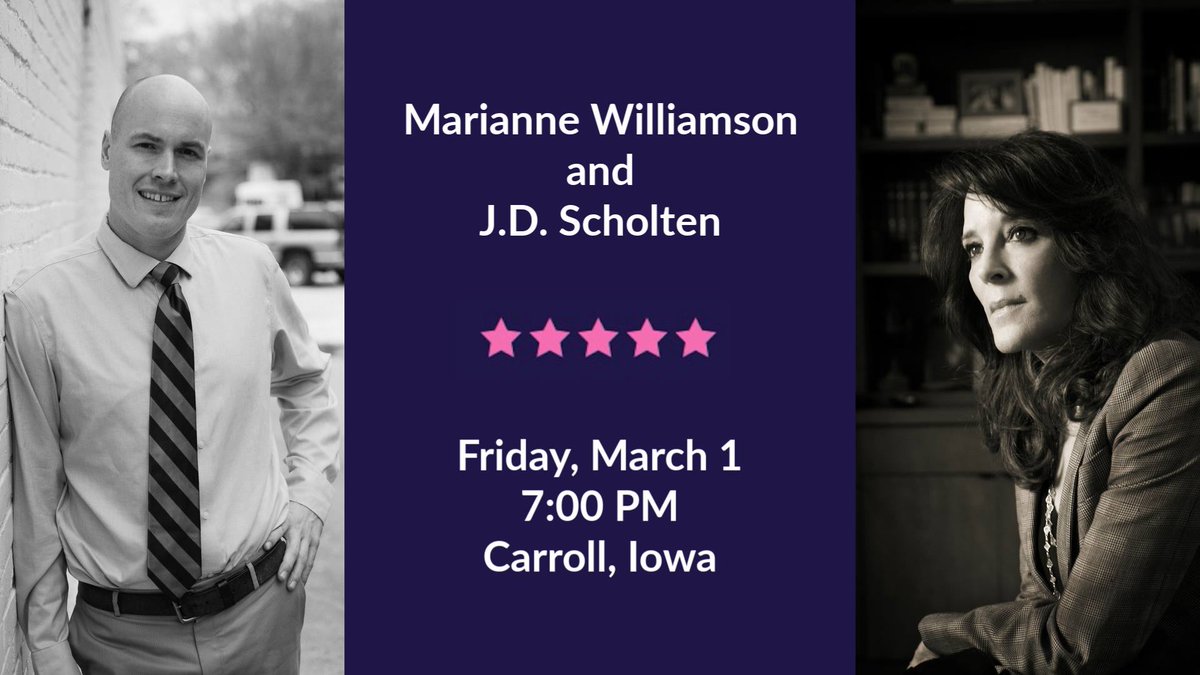 And while she's campaigning, she's doing the unthinkable -- she's noting poverty.  RFK noted poverty in America.  In the last years, few have bothered.  (John Edwards did noted it in his 2008 run for the Democratic Party's presidential nomination).

Tulsi Gabbard‏Verified account @TulsiGabbard Feb 20
Our voice is needed in the debates! The DNC req's candidates have 65,000 unique donors to qualify for the debate stage. With your help, we can get there. Just $1 today will help bring us to a debate on the issues of life and death that face our nation.
692 replies2,141 retweets4,301 likes


Like Marianne, Tulsi is being ignored by a portion of the media (and by Samantha Bee).


As the press ignores them, it's worth noting that the two women are the strongest of the six in calling out endless war.