Kat: That's from Janis Ian's "When Angles Cry" and it's the big discovery for me from Janis' double disc release: Best of Janis Ian: The Autobiography Collection. 31 tracks. Some you will most likely already know -- like her seminal classic "At Seventeen." In fact you get that song twice -- in its original version as well as the single version. There's "Stars," a song written by a woman who feared she'd peaked too soon (her career would prove otherwise), "Jesse," "Society's Child" and "Thankyous." 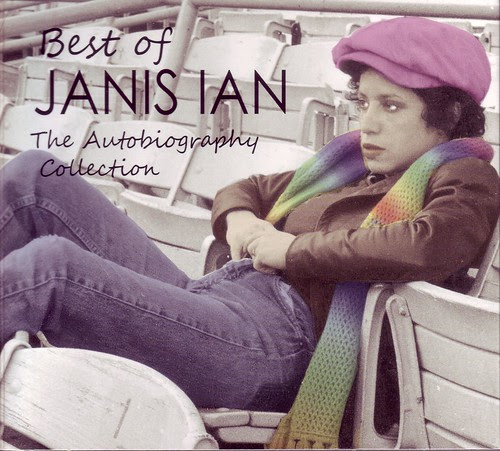 For those who discovered Janis more recently and know her via 2006's Folk Is The New Black, "Joy" and "My Autobiography" make the collection. Sadly, "All Those Promises" is not among the songs represented. Mike wrote of that recording recently and only reminded me of what an amazing song and performance that was.

And it's the latter that will be the big surprise on this collection.

If you're buying a Janis collection, I'll assume you already know she's got the song writing chops and then some. And maybe after you write some of the songs she's written, your singing is naturally going to take a back seat when people discuss your art? But, more than anything else, what stands out in these 31 tracks is how talented a singer Janis is.

"Fly Too High" is a 1979 track that she collaborate on with Giorgio Moroder on. She provides the lyrics and he provides music that sounds a great deal like what would later be Donna Summer's "The Wanderer." It shows a breathy and higher range than many of us expect from Janis. There are ways she handles notes and phrases in the second verse that thrill and shock. "Society's Child," her song that captured the nation's attention, is one she can still do in concert pretty much as she sang it back then (1968). And that was a loud, ringing vocal. She's spent the decades since, exploring her vocal range, her breath control and much more.

I'm not trying to toss the songs in the back seat. I love "When Angels Cry" as much for the song as I do for the performance and I can say the same about "Arms Around My Life," "Days Like These" and "Tattoo." But, as a songwriter, I probably take for granted that Janis is going to deliver. This compilation of recordings from multiple decades should result in a re-evaluation of Janis the singer for the listener.

Now if you're not familiar with Janis, you may go to the songs first. Janis has a way with harmonies and chords that are uniquely her own and her lyric abilities will always grab your heart. But if you've been along for parts of the ride or all of the ride, you may find yourself really appreciating her vocals in a way that you wouldn't even catching her in concert.

That's because she's compiled a really dazzling selection. I will never believe it was anything but a mistake to leave off "All Those Promises" because I firmly believe it stands with the best recordings she's ever done; however, she's still managed to provide listeners with thirty-one amazing songs. 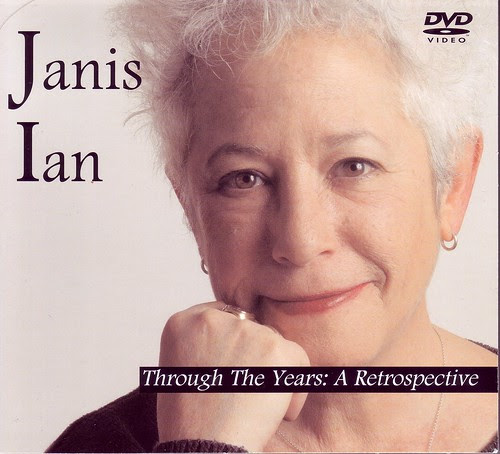 If you want to 'upgrade' the collection you can do so by also purchasing Through The Years: A Retrospective. This DVD contains 23 performances by Janis. The first three tracks are Janis with her guitar performing for a camera in the sixties and explaining (back then) her songs "Look to the Rain," "Janey's Blues" and "Friends Again." All are wonderful but the chorus of the last will both remind you of Bob Dylan's "All I Really Want To Do" and make you wonder how this missed being a hit?

"Jesse" follows with Janis performing it in 1977 for a Japanese television show. This ends the Janis and guitar segment. The next performance (also 1977) is Janis with her band and she'll alternate between guitar and piano. This ends with "The Bridge" which she performs on a n American daytime talk show. 1979's "Silly Habits" kicks off four in a row of her in concert in 1979, concluding with her classic "In The Winter."

We apologize, but we
have no video of Janis
in the 80s. To find out
why, we suggest you
buy her Autobiography...


1990 finds four songs competing for bragging rights as your personal favorite, all performed in the round and performed amazingly ("Stolen Fire," "Cosmopolitan Girl," "From Me To You" and "Days Like These"). Then comes 1994's music video "Tenderness" followed by five live concert performances from 1995 (closing with "Society's Child").

The DVD, which Stan shared his thoughts on here, is available at Janis Ian's website and you can purchase it at her concerts. We caught her in New Hampshire back in November and if you go to a concert, take money. The merchandise tables at her concerts are among the best with quality t-shirts, CDs, her book, and much more.

Which brings me back to the double disc set and to that autobiography. "2008 in books (Martha & Shirley)" went up December 30th noting Society's Child: My Autobiography ["It can be purchased at Amazon where it's currently selling for $16.98 ($26.95 list price)."] was the top pick for books in 2008 and the e-mails started coming in immediately. "Kat, when are you going to review Janis' collection?" And they only increased after my 2008 in music -- with e-mails asking, "How could you forget Janis?"

How could I forget her? I hadn't heard the collection. Sorry. When Martha and Shirley's piece went up, I knew I was going to have to listen so I grabbed C.I.'s copy New Year's Eve. It wasn't going to be mentioned in 2008's year-in-review because, if it were worth noting, it deserved more than a quick paragraph.

Now in November I saw Janis in concert. Great job, magnificent voice, wonderful stage presence. And I thought I paid attention. I was clapping, I was mouthing the words to the songs I knew (including "Watercolors" and her encore of "Jesse"). But I didn't really appreciate the versatility in her vocals or her growth as a singer until I listened to the collection. If you're familiar with her work, you know she writes an amazing song. But I really don't think she's ever gotten the credit she deserves for her fine vocals -- I certainly haven't given her that credit. Yeah, I've praised her voice but no where near enough, as one listen to Best of Janis Ian demonstrates. I hear her peers like Phoebe Snow in her vocals, I hear those who came before (especially Billie Holiday and Ella Fitzgerald) and, most of all, I hear an a singer constantly being born, always searching.


janis ian
best of janis ian: the autobiography collection
through the years: a retrospective
society's child
mikey likes it
oh boy it never ends
kats korner
the common ills
Posted by Common Ills at 5:27 AM