Saturday, September 10, 2016.  Chaos and violence continue, Hillary's cult continues to lie and spin, Katrina vanden Heuvel continues to be a disgrace, and so much more.

Yeah, that's what a liar does which is why NPR offered the fact check on that that they did.

Is that a promise she could keep as president?
The Short Answer
No.
The Long Answer
Clinton has outlined a policy on ISIS that would pick up where President Obama's policy left off. Today, there are about 5,000 American troops in Iraq and several hundred deployed to northern Syria. They include special operations forces who are helping the Kurdish, Arab and other indigenous fighters, plus advisers, support troops and others. The White House doesn't count them as "ground troops," and evidently neither does Clinton, but they are serving close to the combat zone.
U.S. service members have been killed as part of the fight against ISIS both on the ground and as part of the ongoing U.S. airstrikes. They've also found themselves in potential peril from airstrikes by Syrian and Russian warplanes, which are operating in Syria in support of the regime of President Bashar Assad. The Pentagon issued a stern warning to Damascus and Moscow to keep their aircraft well clear of where American troops in Syria are working on the ground to support indigenous forces in the fight against ISIS. American fighter aircraft have also tried to warn off Syrian and Russian warplanes.
Clinton's promise about "ground troops" appeared to echo Obama's opposition to using large numbers of American forces to get into direct combat with ISIS. So although American special operations troops are helping Iraqi commanders plan their operations, and American pilots are flying overhead to spot targets or attack them, and American artillery is shelling ISIS positions, none of them count as "ground troops" under this construction.
The U.S. has spent about $9 billion on the fight in Iraq and Syria since August of 2014, according to the Defense Department. American warplanes, both drone and human-piloted, have conducted about 15,000 airstrikes in both countries.
Clinton said Wednesday at the forum, held in New York and televised on NBC, that defeating ISIS was her "highest counterterrorism goal," and that she wanted to do it with "air power" and "with much more support for the Arabs and Kurds who are in the fight ... we have to squeeze them." Clinton also promised that if she's elected she'll order what she called "an intelligence surge," which she said would involve helping U.S. intelligence agencies collect more information and distribute it "more quickly down the ladder" to state and local law enforcement agencies, in hopes of preventing terror attacks.


See, they're not all on a base doing training.

They're out and about in Iraq.

If you believe the lies at this point, it's your own fault.


And then there's the  deeply stupid who just can't stop flaunting it.

True
Sorry, kids, I'm not in the mood.

True story, the STATUS OF FORCES AGREEMENT was a contract.  It had a kill clause at each year point.  Meaning Barack could have ended it at any point.

I know that's hard for your dumb ass to understand.

But as the only site that got the SOFA right -- yeah, right here and we did it the day the White House released it -- Thanksgiving Day 2008 -- check the archives you lazy ass idiots -- I'm just not in the mood for your garbage anymore.

It was a legal contract.

It ran for three years only because Nouri al-Maliki was having problems each year getting the yearly approval.

Back then it was covered by the United Nations.

It was a yearly mandate that the Iraqi government had to agree to.

You stupid lazy ass idiots who think you can talk about the SOFA without knowing one damn thing really need to shut up.

I also get that if you would shut up with your lies about Iraq, I wouldn't have to call you out.


Barack Obama tried to extend the stay.  And the attempts continued well after the drawdown.

Secretary of Defense Leon Panetta: Senator, as I pointed out in my testimony, what we seek with Iraq is a normal relationship now and that does involve continuing negotiations with them as to what their needs are.  Uh, and I believe there will be continuing negotations.  We're in negotiations now with regards to the size of the security office that will be there and so there will be -- There aren't zero troops that are going to be there. We'll have, you know, hundreds that will be present by virtue of that office assuming we can work out an agreement there.  But I think that once we've completed the implementation of the security agreement that there will begin a series of negotiations about what exactly are additional areas where we can be of assistance? What level of trainers do they need? What can we do with regards to CT [Counter-Terrorism] operations? What will we do on exercises -- joint-exercises -- that work together?

Where were the liars then?

I know where I was, sitting in the hearing and then reporting on it.


[Community reporting on that hearing also includes the November 16, 2011 "Iraq snapshot," the November 17, 2011 "Iraq snapshot," by Ava in "Scott Brown questions Panetta and Dempsey (Ava)," by Wally with "The costs (Wally)," by Kat in "Who wanted what?" and by Third Estate Sunday Review in "Enduring bases, staging platforms, continued war" and "Gen Dempsey talks "10 enduring" US bases in Iraq."]


Oh, look, here's bed wetter Katrina vanden Heuvel -- whose Daddy was a spy and whose grandfather made his money screwing over African-American performers like Lena Horne.


You're such a liar, Katrina.

I'm so glad that age has made you so ugly.

It's as if your outsides finally match your insides.

You're the Peace Resister, the woman who refused to embrace war resisters and insisted that THE NATION couldn't endorse them because they might lose their discount postal rate.

In the digital age, that was Katrina vanden Heuvel's concern.

What a stupid piece of crap she is.


Yes, Bully Boy Bush negotiated the SOFA and, yes, Barack failed at his attempts at negotiating which continued until February of 2012 according to Leon Panetta.

I'm tired of your lies, I'm tired of the way you stretch the truth, I'm tired mainly that you pretend you care about the Iraq War or the Iraqi people.

You so clearly do not.


When exactly did your useless ass Tweet about that?

Because you don't care about Iraq.

You only care about protecting Hillary Clinton.

That's all you'll ever be.

Please stop pretending that you know anything about Iraq when you so clearly do not.

ry∀n ‏@Wrathbard  7h7 hours ago
#NeverForget that Iraq & the hundreds of thousands of Iraqi civilians murdered since '01 had nothing 2 do with 9/11. 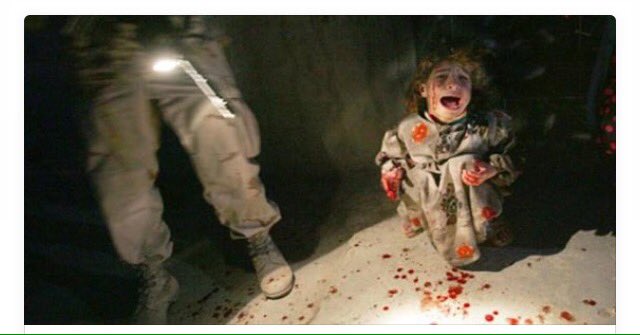 Never forget, unless of course, you are a Hillary supporter.

She did nothing for Iraqi women -- except turn the country into a war zone.


All of these realities and so many more are avoided in the rush of whores to turn another trick for Hillary.

Do they not get that you can only trick people so often before they catch onto you?

Do they not get that integrity is not a disposable but something you either hold on to or you don't?

So, for example, whomever ends up in the White House next year, if they continue the illegal spying or the Iraq War or whatever, I don't want hear from Whore Ass vanden Heuvel and her kindred who couldn't speak the truth for the last eight years.


Strikes in Iraq
Fighter and remotely piloted aircraft conducted six strikes in Iraq, coordinated with and in support of Iraq’s government:

-- Near Qaim, a strike engaged an ISIL tactical unit and destroyed three vehicles, two buildings, a cargo container and a tractor-trailer.

-- Near Hit, a strike destroyed an ISIL vehicle.

-- Near Mosul, a strike engaged an ISIL tactical unit and destroyed an assembly area, a vehicle, two mortar systems, a weapons cache, a tunnel entrance, six rocket rails and suppressed a mortar system.