The late Laura Branigan performing "Ti Amo" (first appears on her album SELF CONTROL) -- few sang Diane Warren's lyrics with as much passion as Laura did.

WSWS is under attack from Google as part of the corporate world's efforts to determine what the people will know and what they won't.

Overturned verdicts, Hayder's embrace of the militias and more 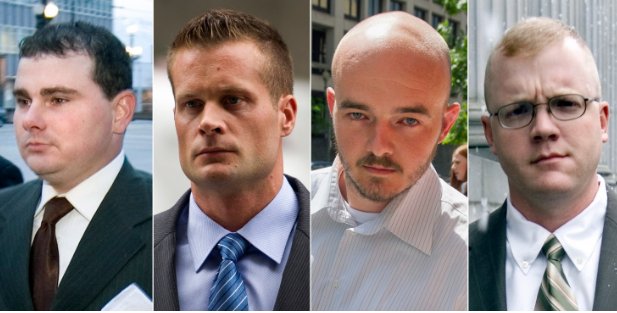 The Shi'ite militias were made part of the Iraqi forces by Hayder al-Abadi.

A spokesperson for Iraq's Shiite Hashd al-Shaabi rejected a call by firebrand cleric Muqtada al-Sadr on Saturday who said that the Hashd forces must come under state control and be incorporated into the regular army.


In response to Sadr's call, Ahmed al-Assadi, spokesperson of the Shiite paramilitary said the Hashd will not be dismantled as it is a main part of the Iraqi armed forces.


No sooner did the Shi'ite militas speak for themselves than Hayder al-Abadi rushed to weigh in.  Alexander Simon (STANDARD REPUBLIC) explains:


The milita has long explained that they report to Iran, not to Hayder.  Insiders have long noted that Hayder can't control them.  But elections are around the corner and Hayder's not going to rock the boat.  In part, this is why Shi'ite cleric and movement leader Moqtada al-Sadr has become -- again -- such a prominent figure in Iraq.  ALJAZEERA notes, "Sadr, an anti-American figure, commands a large following among the urban poor of Baghdad and the southern cities, including Saraya al-Salam, or Peace Brigades militia. He is now seen as a nationalist who has repeatedly called for protests against corruption in the Iraqi government, and his supporters have staged huge protests in Baghdad calling for electoral reform."

The U.S.-led coalition and its allies have wrestled almost a third of territory from the Islamic State militant group (ISIS) because of changes implemented by President Trump and his administration, a senior U.S. official said on Friday.
Brett McGurk, the special presidential envoy for the global coalition to defeat ISIS, in a briefing with reporters said that Trump’s strategy in the battle against the jihadist group in Iraq and Syria had “dramatically accelerated” progress in the campaign.

Mikey Likes It!
Kevin Drum is trash calling for a nuclear war
1 day ago