Is Nouri preparing his return?

A number of members of the Iraqi Parliament called for an immediate response to the Turkish Army and a cease to its advancement into northern Iraq, stressing the need to maintain Iraqi sovereignty, Almaloumah reported.

Fazel Jaber, a representative of the Iraqi Fatah Coalition lashed out at the Iraqi position in this regard and stated that Iraq's position is shameful because it has not taken any action to deter Turkey and to stop its repeated attacks on the sovereignty of Iraq.

The government and other officials must take serious action to deter Turkey and stop its actions in northern Iraq.

Guess who is among the ones making the call?  State of Law.  Nouri al-Maliki's political coalition.  State of Law's Kate Najman is quoted in the article about the violation of Iraq's sovereignty.

Nouri's been preparing for the upcoming elections.  I think he's a thug but I'm not an Iraqi voter.  He's been out of office (as prime minister) since 2014.  Is it long enough for most Iraqis to forget why they disliked him?

He was kicked out of office by Barack Obama. Now the US president is Joe Biden.

In the 2010 elections, the voters kicked Nouri out of office.  But he wouldn't go.  He refused to step down.  For over eight months.  It created a political stalemate in the country.  Instead of supporting the Iraqi people and their voters, Barack's administration decided to back Nouri.  Joe Biden oversaw The Erbil Agreement, a legal contract that tossed aside the votes of the Iraqi people and gave Nouri a second term.

Iran-linked assassin arrived at the gates of Baghdad’s heavily fortified US embassy area Green Zone where US president Biden's old friend Nouri al-Maliki, stepped in to protect the assassin https://washingtonpost.com/world/iraq-ira

And he reTweets this from November:

Biden the Assassin: How after the Bush era Biden & his Iranian agent friend al-Maliki continued the Jesuits conspiracy to empower Mullahs of Iran over Iraq by disenfranchising Sunnis to fuel sectarian killings https://thehindu.com/news/international/Biden-al-Maliki-discuss-lsquoblacklistedrsquo-candidates/article16839246.ece… https://twitter.com/ehsan_butt/sta

And this from July:

US brought Nouri al-Maliki to Iraq from Iran & made him PM In 2003. WikiLeak revealed in 2014 Report That US Used him to fuel ISIS onslaught by persuading Sunnis they'd be better off under ISIS than his unrelentingly hostile Shiite govt https://wikileaks.org/berats-box/emailid/31183

In other news,  AFP reports,:

An Iraqi anti-graft police officer was shot dead outside his home Friday, a police official told AFP, in the second such murder in the country's south over the last month.

"Armed assailants this morning shot dead Mohammed al-Shemussi, a captain in the anti-corruption section, in front of his home," said Majed Hamid, a police captain in Amara, the capital of Missan province.

The perpetrators "fled in a taxi", he added.

Shemussi was in charge of applying the mandates of the integrity commission, the federal government's anti-corruption body.

Support the show on Patreon: https://patreon.com/richardmedhurst Donate on PayPal: https://paypal.me/papichulomin Donate on GoFundMe: https://gf.me/u/yctyrt Richard Medhurst on Twitter: https://twitter.com/richimedhurst Like the show on Facebook: https://facebook.com/richardtmedhurst Richard Medhurst on Instagram: https://instagram.com/richardtmedhurst Richard Medhurst on Substack: https://richardmedhurst.substack.com/ Independent media is constantly under threat and we need your help to keep going. Rokfin: https://rokfin.com/richardmedhurst Venmo: @RichardMedhurst CashApp: $RichardMedhurst Bitcoin address: bc1qnelpedy2q6qu67485w4wnmcya5am873zwxxvvp About Richard Medhurst: #RichardMedhurst is an independent journalist and commentator. Regular live streams and interviews with popular guests from the Left such as Glenn Greenwald, Mike Figueredo (Humanist Report) and Max Blumenthal (Grayzone). Fluent in English, Arabic, French, German, and having grown up across several continents, Medhurst’s show aims to provide a critical analysis of electoral politics and international affairs from an anti-imperialist viewpoint.

Send us a Superchat: https://streamlabs.com/hardlensmedia99 Support us on Patreon at - https://www.patreon.com/HardLensMedia Join us on Odysee - https://odysee.com/$/invite/@HardLens... Join Our Discord Server - https://discord.gg/AQzJG8x Join us on Rokfin - https://rokfin.com/hardlensmedia?cont... We have Merch - https://teespring.com/stores/hlm3 Show Notes:https://docs.google.com/document/d/1n... See Other Shows in Our Network - https://www.99perspectives.tv Intro and Outro Music by NoCopywriteSounds provided by http://spoti.fi/NCS In a majority of its Livestream Content

How Far Have We Come on Racial Justice?

Today, I voted to repeal the 2002 Authorization for Use of Military Force (AUMF), the legislation that licensed much of the United States’ military engagement in the Middle East for the last 20 years. This blank check resolution authorized the executive branch to conduct broad military operations, and Congress has disregarded its Constitutional oversight powers. Congress' action to repeal the outdated 2002 AUMF today brings Congress one important step closer to restoring its check on Executive fiat.

United States military forces are present in the Middle East pursuant to an Authorization for Use of Military Force that was enacted 20 years ago. At the time, Congress did not conceive that this authorization would sanction an endless military commitment.

The United States is not the world’s policeman, and it is incredibly unwise to promote this level of involvement in international disputes. However, Democrat and Republican presidents alike have abused the powers of war granted under the 2001 and 2002 AUMFs, and Congress must act to reign back the executive branch’s war authorities. Further, continuing to dump trillions of dollars into these endless wars is irresponsible, runs contrary to American economic and security interests, and unnecessarily places American lives in jeopardy.

It is clear that the basis for the AUMFs currently in force have long expired, and Congress must fulfill our Constitutional responsibility and ensure we are conducting proper oversight of the executive branch’s military operations.

Despite broad agreement in Congress on this matter, efforts to reclaim Congress’ Article I powers have been repeatedly extinguished. On July 12, 2019, Congress passed an amendment to the 2020 National Defense Authorization Act to repeal the 2002 AUMF, but this was removed from the bill before it was enacted into law. On November 14, 2018, a resolution was introduced to assert Congress’ War Powers authority over the executive branch related to military operations in Yemen, but the House Rules Committee stripped the effort of its procedural privilege in a rule on an unrelated bill. In a similar move shortly thereafter, the House Rules Committee made the expansive decision to suspend the privileges of the War Powers resolutions for the remainder of the 115th Congress. It is long past time for Congress to face this issue head-on.

To this end, Congress must carefully examine the military needs on the ground in the Middle East, including by holding hearings and coordinating with the administration to determine what military authorities are necessary to mitigate threats and address the current security concerns in the region.

However, I am concerned that a wholesale repeal of military authorities risks leaving our military and national security vulnerable. Legitimate threats to the United States remain active in the Middle East. Most notably, Iran poses a credible and significant threat to the United States. Congress must address these state and non-state terrorist threats in a responsible way, and we must be prepared to prevent and respond to these threats.

The existing AUMFs were never intended to address these current threats and are plainly outdated, which is why Congress must re-assess these authorities.

WASHINGTON—Today, Rep. Chip Roy (TX-21) issued the following statement after voting to repeal the 2002 Iraq Authorization for Use of Military Force:

Today I voted in favor of H.R. 256 to repeal the 2002 Authorization for the Use of Military Force (AUMF) against Iraq, a piece of legislation that was authorized to target the Iraqi dictator, Saddam Hussein. Nearly twenty years later, it’s time Congress lives up to its Constitutional responsibility, reclaim its war powers, and repeal the antiquated 2002 AUMF. We should prioritize enacting authorities that are needed to go after those who wish to destroy us today. Our nation will be stronger and more unified if we debate, vote on, and pass an updated and relevant AUMF with a clear mission, strategic objectives, and necessary time limits on the authorization to force congressional review.

Tell congress to put an end to FRT!

From Restore The Fourth:

​Goodbye to an AUMF

Goodbye to an AUMF 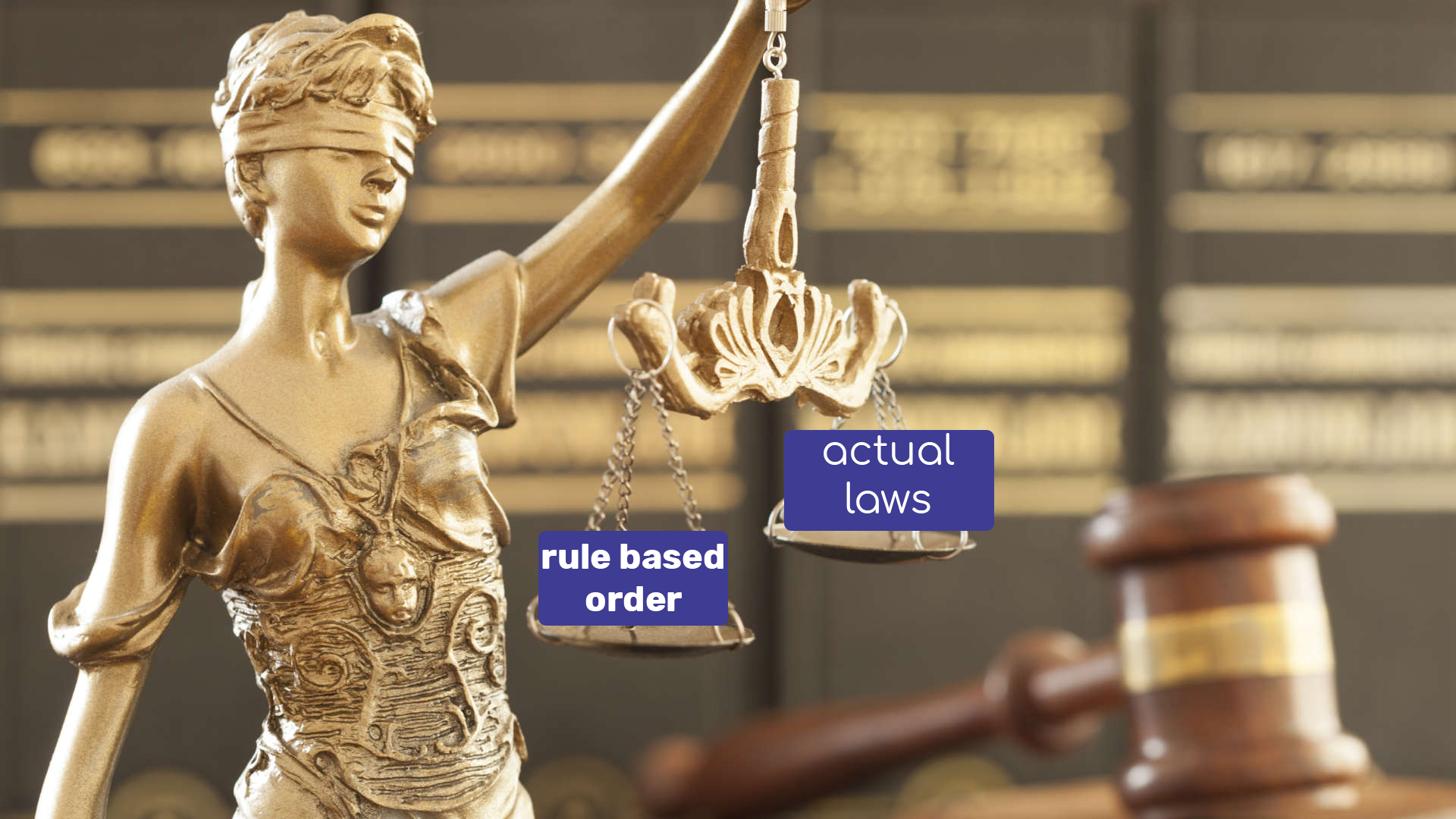 With the U.S. House voting and the U.S. Senate promising to vote on repealing an AUMF (Authorization for the Use of Military Force) from 2002 (essentially a sort of weasely pseudo-permission for President George W. Bush to decide on his own whether to attack and destroy Iraq in violation of the UN Charter and Kellogg-Briand Pact, among other laws), we could end up saying good-bye to a shameful piece of legislation. And without a replacement AUMF yet in place to justify new wars. This is all to the good, but . . .

This is not Congress asserting its authority. This is Congress acting because the current president told it to.

This is not Congress repealing the 2001 AUMF that has been widely denouncd for its use as an excuse for horrific criminal wars for 20 years. That one is being conspicuously left in place.

This is not Congress ending a single war, not even the war on Yemen that both houses voted to end twice when they could count on a Trump veto, not the war on Afghanistan, not the war on Syria (or, as President Biden likes to call it, “Libya”). This is not Congress refusing yet more insane increases in military spending. This is not the prevention of so much as a single drone murder. In fact, no AUMF, not even the 2001 AUMF, has been among the claimed justifications for current wars for quite some time. Trump didn’t rely on AUMFs and neither does Biden.

This “antiwar” action is a bit like failing to reform police or prisons or taxes or college costs or student loans or the minimum wage, and then making Juneteenth a holiday. It’s window dressing. But it does highlight a certain danger, namely that the Congress plans to create a new AUMF, perhaps in the proper moment of fear and panic, prior to repealing the AUMF from 2001. Here are six reasons that’s a bad idea. Feel free to find five of these reasons crazy. Any one of them should be sufficient alone.

We’ve just seen a meeting of President Biden and Russian President Vladimir Putin, at which the major advocates for hostility and war were all members of the U.S. media. We can expect the U.S. media to clamor for a new AUMF precisely because of the hostility generated by the U.S. media toward Russia, China, Iran, North Korea, Venezuela, and — lest we forget! — UFOs. But this is a far more dangerous, not better, moment in which to create such a dangerous document than was 2001.

MOC #97 - A Social Media Platform That Could Change Everything!