The stupid crawl out from under their rocks again

US President Donald Trump declares the media are the enemy and the stupid idiots crawl out from under their rocks.

Because Donald said they were the enemy, the corporate funded 'Resistance' strikes back -- as only they can, in full stupidity.


They provide a list of journalists who were killed. 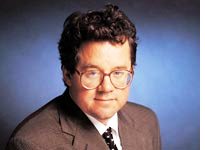 Jamie ‏@AlchemistYoga  20h20 hours ago
This is Michael Kelly an American journalist for The New York Times,The Washington Post&The New Yorker. He was killed in Iraq. #NotTheEnemy 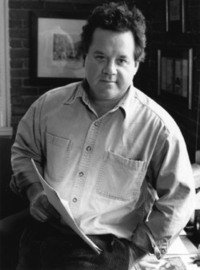 
Beyond uneducated, the 'Resistance' is also illiterate.


They are using Micheal Kelly to pimp their cause.

The Iraq War liar is their go to?

Here's Ta-Nehisi Coates (THE ATLANTIC) writing about Kelly, years after his death, in 2013:


Over at Gawker, Tom Scocca published a very hard--and very fair--assessment of Kelly's role in the Iraq War. I hadn't read much of the work Scocca referenced, so I did myself a favor and looked up some of Kelly's columns in the days leading up to Iraq. What you find in these columns is the pit of all that, to this day, angers those who were against the war from the start. Kelly's columns are not just pro-war, they are ferociously pro-Bush, and gleefully contemptuous of liberals who thought otherwise.

It's the glee that burns. There's a kind of writer who gets his kicks writing bad reviews of music and books. You see that same spirit in Kelly's mocking of Paul Krugman, Kurt Vonnegut, and Janeane Garofalo, or in his attacks on the French by evoking the ghost of Pétain.

That glee turned Kelly  into a thin writer who spurned nuance in favor of hyperbole. In the fall of 2002,  for instance, Kelly wrote that Bush...

...presides over an administration that is unusually intelligent -- and also cunning -- unusually experienced, unusually disciplined and unusually bold.

Democrats will howl...that the president is not competent, that his administration is not to be trusted, that Republican presidents and Republican policies are radical and dangerous and frightening and bad...

I suppose they will continue to believe this, and continue to say it, in voices growing ever more shrill and ever more loud, yet, oddly, ever more distant and faint.

The president wasn't competent. Iraq and then Katrina proved that. And the voices did not grow more "distant and faint."

Death does not bestow nobility.

But idiots like Jamie and AdamJames think it does and that they can pick out any dead corpse and trot it out to prove a point.


Most important, for the deeply stupid, stop pretending to defend journalism by noting deaths when the deaths you include of are people who worked for RADIO this or RADIO that.

Those aren't news outlets.  They're propaganda fronts -- part of THE VOICE OF AMERICA.

You only embarrass yourselves.

Senator Johnny Isakson (above) is the Chair of the Senate Veterans Affairs Committee.  His office issued the following:

WASHINGTON, D.C. – U.S. Senators Johnny Isakson, R-Ga., and David Perdue, R-Ga., today voted to protect the Second Amendment rights of American citizens by halting an Obama administration rule that requires the Social Security Administration to report the information of some beneficiaries to the National Instant Criminal Background Check System (NICS), essentially adding them to a list of those who are prohibited from purchasing a gun.
“It is essential to ensure that the Social Security Administration recognizes and protects the fundamental nature of Americans’ rights under the Second Amendment,” said Isakson. “I have long criticized the Department of Veterans Affairs for having a similar process that fails to respect veterans’ due-process rights, and I urge my colleagues to overturn this blanket restriction that effectively bans persons receiving disability benefits from purchasing firearms for no good reason.”
“Our Constitution enshrines the freedoms we all enjoy as Americans,” said Perdue. “The Obama administration’s attempt to prohibit law-abiding Americans from exercising their Second Amendment rights is a blatant overreach. I’m glad Congress has taken the common-sense step to undo this onerous rule and protect rights guaranteed by the Constitution.”
After the rule was announced, numerous advocacy groups voiced opposition:

American Civil Liberties Union: “There is no data to support a connection between the need for a representative payee to manage one’s Social Security disability benefits and a propensity toward gun violence. The rule further demonstrates the damaging phenomenon of ‘spread,’ or the perception that a disabled individual with one area of impairment automatically has additional, negative and unrelated attributes. Here, the rule automatically conflates one disability-related characteristic, that is, difficulty managing money, with the inability to safely possess a firearm.” (American Civil Liberties Union letter to Congress, 02/01/2017)

National Council on Disability: “NCD is a nonpartisan, independent federal agency with no stated position with respect to gun-ownership or gun-control other than our long-held position that restrictions on gun possession or ownership based on psychiatric or intellectual disability must be based on a verifiable concern as to whether the individual poses a heightened risk of danger to themselves or others if they are in possession of a weapon. Additionally, it is critically important that any restriction on gun possession or ownership on this basis is imposed only after the individual has been afforded due process and given an opportunity to respond to allegations that they are not able to safely possess or own a firearm due to his or her disability. NCD believes that SSA’s final rule falls far short of meeting these criteria.” (National Council on Disability letter to Congressional Leaders, 01/24/2017)
National Rifle Association: “Reporting law-abiding, non-dangerous individuals to NICS and forcing them, as a condition of removal, to prove they are not a threat to society is inconsistent with the GCA, the Second Amendment and basic due process.” (National Rifle Association letter to Majority Leader Mitch McConnell)
###