Martha and Shirley: It's time for our annual look at the year in books  You voted the ten best and, as we've done for the last few years, the ten can include a book that came out years before -- one on the list below came out in the 1800s.  Before we go further, we want to include this from THIRD's "Roundtable" earlier this week:

Jess: Okay but book coverage is going to be increasing in the community.  Rebecca, you wrote about it in "a few thoughts" so why don't you talk about it.

Rebecca: Awhile back, we upped book coverage.  Community wide.  Everyone would take a week where they noted a book.

Rebecca: Thank you.  We don't like to repeat but a lot of readers and community members wanted more book coverage.  We did some this year in the community newsletters but they wanted something like what we did in 2018.  So we're going to do that but with a twist.  And I'm tossing to Marcia who came up with the twist.

Marcia: What if, I said, we focused on digital?  A lot of us have AMAZON PRIME and watch various films and TV shows and we may also have AMAZON MUSIC and stream music.  AMAZON also has unlimited KINDLE where you pay a monthly fee and you get to read some of their digital books for free.  So what if that was what we did in 2021?  We'd be able to cover books and, at the end of the year, we'd be able to show what you could do with a monthly subscription to the service.

Ruth: And this made it interesting for me.  I am always reading anyway.  Like Rebecca and Marcia and Stan, I live in cold weather and so winter is sit in front of the fireplace and read weather.  I am also biased for print books.  So this will get me out of my usual space and let me explore the world of digital books.  I sign up next week.  I think Rebecca already did.

Rebecca: I did.  And let me note that if anyone reading is thinking about sampling the service, I signed up Wednesday and it gave me a two month trial period for free before the $9.99 monthly fee kicks in.

We are thrilled about that news and can't wait for the book reviews to come at various community sites in 2021. 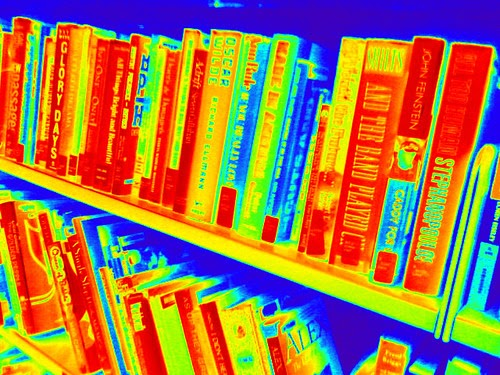 The co-author of BAD MOVIES WE LOVE (written with Edward Margulies) returns for a deep examination of the film VALLEY OF THE DOLLS -- filled with new details and insight including that Natalie Wood wanted to play flame-out Neely O'Hara (the studio wanted her in the film but only if she played prim Anne Welles).

2) Woody Allen's APROPOS OF NOTHING

The 'controversial' book turned out to have some of Woody's funniest writing in years.

On the 70th anniversary of the publication of Anais Nin's FOUR CHAMBERED HEART, Ava did a roundtable for HILDA'S MIX focused on the book where Rango is married to Zora but having an affair with Djuna.

Finstead updated her earlier book on the late movie star of such films as BOB, CAROL, TED & ALICE, WEST SIDE STORY, GYPSY, REBEL WITHOUT A CAUSE, MIRACLE ON 34TH STREET, SPLENDOR IN THE GRASS, THE GREAT RACE and LOVE WITH THE PROPER STRANGER.

Covered by Rebecca "books? (valley of the dolls, natalie wood, joan crawford')" and by Polly for POLLY'S BREW (who asked us to also note "Natalie Wood: The lies that remain repeated (C.I.)").

5) Camilla Pang's EXPLAINING HUMANS: WHAT SCIENCE CAN TEACH US ABOUT LIFE, LOVE AND RELATIONSHIPS.

An involving and easy to understand science book.

Betty covered it for HILDA'S MIX.

The Beatles were a rock group consisting of John Lennon, Paul McCartney, George Harrison and Ringo Starr.  Paul was the one who announced the breakup of the group (while promoting his first solo album) and he went on to form Paul McCartney & Wings.  Tom Doyle chronicles this time period where Paul and his new group had hits with songs such as "Band On The Run," "My Love," "With A Little Luck,"  "Live and Let Die," "Coming Up," "Jet" and "Silly Love Songs."

So you grew up wanting to be Cinderella?  Really?  Find out what the 'dream' actually entails in this syfy novel that picks up many, many years later when the kingdom itself turns into a pumpkin.

Marcia and Beth moderated two roundtables for the gina & krista round-robin on this boo,

The book was published in serialized from from 1844 to 1846.  It's an involving read and remains a page turner to this day and not some stuffy classic you feel you're being forced to read.

Stan led two discussions on this book for the gina & krista round-robin.

9) Rachel Long's MY DARLING FROM THE LIONS.

With her first published volume of poetry, Rachel Long grips you and shakes you awake to the fact that poetry is a living art form.

Ruth and Pru covered the volume for POLLY'S BREW.

Michelle Morgan writes about Marilyn Monroe in this book that has its supporters and its detractors.

Covered by Rebecca "michelle morgan's 'the girl'," Marcia "The Girl by Michelle Morgan" and "One more time on Michelle Morgan's book The Girl" and Ava and C.I. "Media: The hatred of women runs deep -- even at NPR, even in print."

The choices above are selected by community members who vote in our annual poll and we do rank-choice voting.  What we haven't done, in the past, is pick a worst book of the year.  We never thought of it, actually, and we didn't think of it this year.  Last week, as we were tabulating votes, we started getting e-mails from community members noting Ava and C.I.'s "Media: The Jane Fonda Horror Show" and insisting that they wanted a worst book of the year category and that the 'award' should go to Jane Fonda's WHAT CAN I DO? MY PATH FROM CLIMATE DESPAIR TO ACTION.  As Miguel noted, "The book is all about inaction filled with fake 'activists' and printed on glossy paper that isn't biodegradable."

#TheGrayzone Stephen F. Cohen on Russia's democratization and how US meddling undermines it

Pushback with Aaron Maté Support Pushback at Patreon: https://www.patreon.com/aaronmate Pushback rounds out 2020 by airing an unpublished interview with Stephen F. Cohen, the eminent historian and scholar who passed away in September at the age of 81. Recorded one year before his death, Cohen discusses local elections and protests in Russia; opposition leader Alexei Navalny; as well as the state of Russia's post-Soviet democratization and how US meddling undermines it. Guest: Stephen F. Cohen. Professor emeritus of Russian studies at New York University and Princeton University, contributing editor at The Nation, and author of books including "War with Russia? From Putin & Ukraine to Trump & Russiagate." This interview was recorded in September 2019, one year before his death. ||| The Grayzone ||| Find more reporting at https://thegrayzone.com Support our original journalism at Patreon: https://patreon.com/grayzone Facebook: https://facebook.com/thegrayzone Twitter: https://twitter.com/thegrayzonenews Instagram: https://instagram.com/thegrayzonenews Minds: https://minds.com/thegrayzone Mastodon: https://mastodon.social/@thegrayzone #TheGrayzone 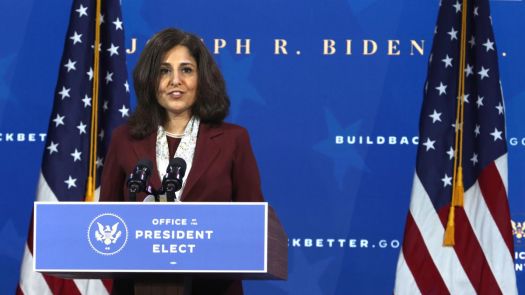 Before Neera Tanden can become Director of the Office of Management and Budget, Senators must approve. And before that, they must ask questions. Here are some suggestions for what they should ask.

1. You supported an attack on Libya that proved fraudulently marketed, illegal, and catastrophic in results, after which you argued in an email to your colleagues for trying to force Libya to pay via oil profits for the privilege of having been bombed. You wrote that this would be a good solution to a U.S. budget deficit. One of your colleagues replied that such a policy might create a financial incentive for attacking more countries. What countries, if any, would you most favor attacking and then billing for the service?

2. Reclaiming, thank you, reclaiming my time, what criteria do you think one should use if one were to select the countries most appropriate to attack and then bill for it?

3. You suggested in your email that the U.S. public would better support future wars if the wars’ victims paid for them. You hope to oversee a budget that is tipped more heavily toward militarism than most, and possibly any, other national government on earth. A majority of U.S. discretionary spending goes into militarism. You come to the job from a think tank funded, in part, by weapons companies and foreign dictatorships that do business with those weapons companies — a think tank that has taken very weapons-friendly positions, even refusing to oppose the war on Yemen. How does that qualify you to oversee the sort of conversion to peaceful practices that will be required for survival and prosperity?

5. You spent much of your nine years running a think tank courting major corporate donors, and producing corporate-friendly policies. You instructed your staff to check whether content might offend big donors prior to publishing. You even censored major work products to appease big donors, such as deleting a report chapter on New York police abuse of Muslims after Michael Bloomberg chipped in over $1 million. You also censored criticism of the government of Israel and gave a platform in Washington to its leader. You kept much of your think tank’s funding secret, and the reasons why were pretty clear from what became public. How does this qualify you to serve the public in an open and transparent and representative government?

6. You’ve long advocated cutting Social Security, one of the most successful and popular U.S. government programs ever. Is that still your position, and why or why not?

7. You claim that you pushed, while observers say you punched, a reporter for asking Hillary Clinton about her support for the war on Iraq. Can you provide the Senate with guidelines for the sort of questions to which the proper response is physical assault? Does this question qualify? Do you, honestly, right now, want to punch me?

8. You have outraged numerous political opponents, including members of both major political parties in this Senate. Much of what you’ve already been asked about, we only know about because you outraged your own employees. You once outed an anonymous victim of sexual harassment, which shocked and outraged those involved. What qualifies you as the best person to work harmoniously with every agency in the U.S. government?

9. You sought to delegitimize the 2016 U.S. presidential election, not with serious documented complaints, but with baseless claims that the Russian government infiltrated and manipulated the vote counting. Did you believe those claims? Do you believe them now? Do you take any responsibility for the large numbers of other people who believe them now?

10. What would be one example of a situation in which you would choose to become a whistleblower?

Interview with Christine Olivo and Why She's With #ForceTheVote Protest

Like and Subscribe - See Links Below Support us on Patreon at - https://www.patreon.com/HardLensMedia Visit Our Website and Audio Podcasts - https://www.hardlensmedia.com We have Merch - https://teespring.com/stores/hlm3 Join Our Discord Server - https://discord.gg/AQzJG8x #HLM #HardLensMedia # See Other Shows in Our Network - https://www.99perspectives.tv Intro and Outro Music by NoCopywriteSounds provided by http://spoti.fi/NCS In a majority of its Livestream Content.

#ForceTheVote Pressure Growing From Inside.