Save The Iraqi people posted the above video and they note:

Tahseen Oussama was shot 20 times at his internet service company in the city's al-Junaina neighbourhood by "militia" gunmen, according to local media outlet Basra Today. The identity and affiliation of the perpetrators has not been confirmed.

Oussama had taken part in anti-establishment and anti-corruption protests in Basra that had spread from Baghdad across the country in October of last year. He was a vocal critic of both the government and of militias accused of killing protesters with impunity.

On July 6, the day of Iraqi security analyst Husham al-Hashimi's assassination  – largely suspected to have been conducted by Shiite militants – Oussama took to Facebook to warn “we will all be slaughtered in the Islamic way one day,” sharing a photo of a gun and its silencer.

Iraqi activists have been warning of an increasingly threatening environment for those who speak out against the country's current political order. Data provided to Rudaw English from the Iraqi High Commission for Human Rights (IHCHR) last month put the number of protesters and aligned activists killed between October 1, 2019 and March 17, 2020 at 22.

Let's note some reactions to the assassinations.  Kazthoomy Tweets:

Tahseen Oussama, an activist and a father of 3, was shot 20 times in his hometown of Basra today. His daughter warned him "don’t go out I’m scared they might kill you", he replied "we have to bring down those who steal and kill your dreams". His name won't be said. 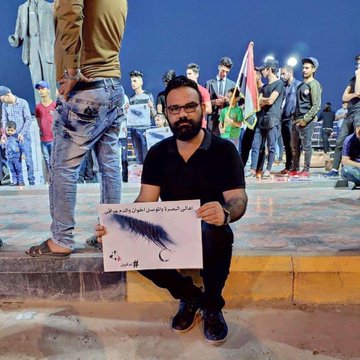 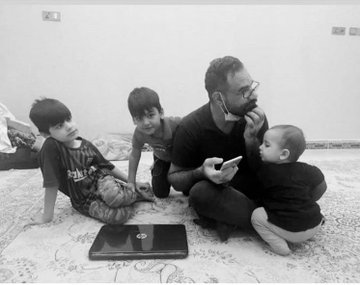 +40 days after the assassination of
@hushamalhashimi
, yet the government of
@MAKadhimi
is not willing to bring the ones who did it to justice. Today, we've lost another good and brave man, Tahseen Oussama, who was assassinated in Basra. #تحسين_اسامة_شهيد #اربعون_يوم_وقاتلك_حر

Tahseen Oussama posted on his Facebook: I was speaking to my daughter she was saying don’t go out I’m scared if they kill you, I told her we have to bring down those who steal and kill your dreams, she was saying (Alawi, Mastofi, Rathawi and I) will grow up and bring them down +

An Iraqi activist called #Tahseen_Oussama, was #assassinated by Iraqi militias in #Basra. The victim wrote On July 6th 2020: One day we'll all be slaughtered in an Islamic method. And he wrote 4 days ago: Political parties & militias control Basra city and no one can deter them 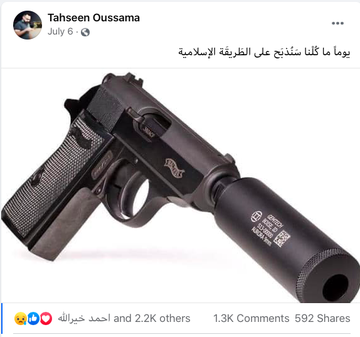 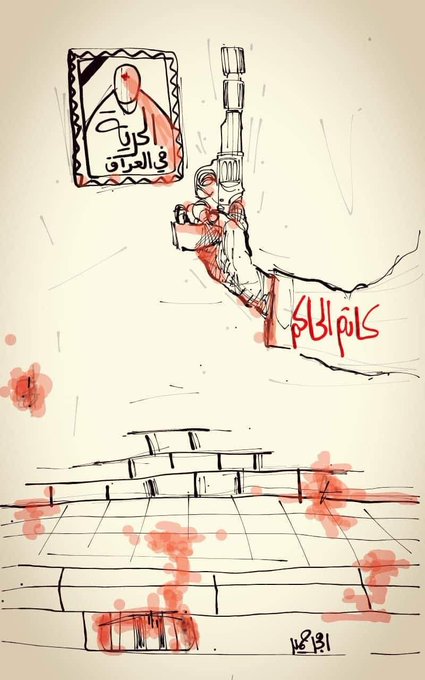 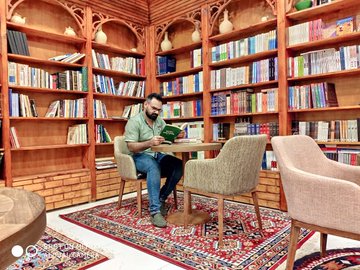 Iraqi activist Tahseen Oussama was shot 20 times today in Basra, a horrendous crime. Tahseen is a civil rights figure and an important thinker among the protest movement. 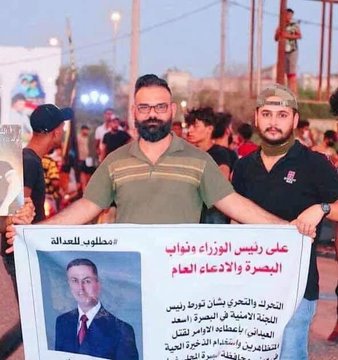 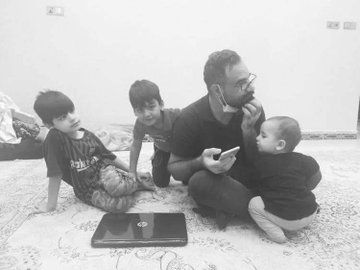 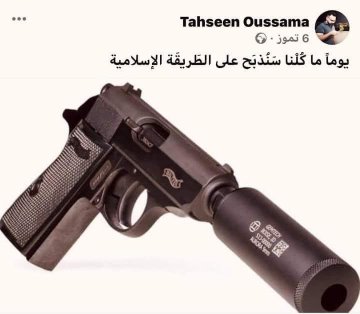 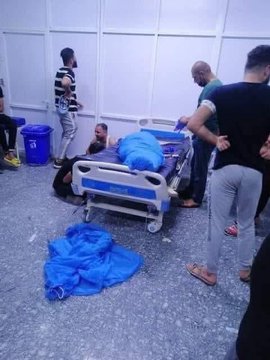 In other news, UK EXPRESS reports, "Two Katyusha rockets fell in Iraq's Taji base that hosts US-led coalition troops, the state news agency said on Saturday, citing a military statement. No injuries have been reported."  Violence also includes the Turkish government continuing to bomb northern Iraq.  Though Turkey repeatedly issues claims that they killed X number of 'terrorists' each week, they have failed to announce -- or apologize for -- killing 3 members of the Iraqi military earlier in the week and, on Friday, two Iraqi civilians.  They terrorize Iraq.  They violate the country's national sovereignty.

Turkey's actions have been called out by the Arab League and the governments of Saudi Arabia, the UAE, Jordan and France.  The US government has consistently and repeatedly looked the other way despite who has been in the Oval Office.  Under Bully Boy Bush, the CIA secured land in southern Iraq as an outpost to spy on Iraq.  Other than that, what was secured is unknown.  But the US government repeatedly acts as though it must curry the favor of the despot in charge of Iraq -- going so far, remember, that when the despot was on US soil and his thugs/bodyguards attacked American citizens in DC. Barack Obama looked the other way.

Life in Mawat, a district of northern Iraq close to the Iranian border and about 50km north of the Kurdish city Sulaymaniyah, has largely been put on hold in recent months.

Unlike the rest of the country, however, this has not been due primarily to the coronavirus pandemic, but because of repeated aerial attacks carried out by Turkey, as Ankara continues to target Kurdish armed groups based in northern Iraq.

Residents of the roughly 70 villages that comprise Mawat have said they are afraid to carry out their daily routines for fear of becoming another civilian casualty of the bombing campaign.

"People are very scared now and live in fear. Residents cannot go to their farms, pastures, and orchards without the thought that they could be hit at any moment. So, daily activities have been decreased due to fear," said Ayub Muhammed, the imam of the village of Qamish.

Multiple villages in Mawat have been hit in the past week as Turkey intensifies its bombing campaign against the Kurdistan Workers' Party (PKK), a militant group based in northern Iraq that has fought with the Turkish state since 1984.

THE DAYTONA BEACH NEWS-JOURNAL remains the only daily newspaper to note the deaths of US troops in Afghanistan and Iraq each week.  We'll include this on Iraq, "In operations related to Iraq, a total of 4,603 members of the U.S. military and Department of Defense civilians have died. Another 32,523 U.S. service personnel and DOD civilians have been wounded in action."

Organizer with Restaurant Workers United, Ivy Vance, discusses the organization's national week of action and explains what can be done by Congress to help furloughed workers in the industry. About Rising:  Rising is a weekday morning show with bipartisan hosts that breaks the mold of morning TV by taking viewers inside the halls of Washington power like never before. The show leans into the day's political cycle with cutting edge analysis from DC insiders who can predict what is going to happen. It also sets the day's political agenda by breaking exclusive news with a team of scoop-driven reporters and demanding answers during interviews with the country's most important political newsmakers.  Follow Rising on social media: Website: Hill.TV Facebook: facebook.com/HillTVLive/ Instagram: @HillTVLive Twitter: @HillTVLive Follow Saagar Enjeti & Krystal Ball on social media: Twitter: @esaagar and @krystalball Instagram: @esaagar and @krystalmball