Now they say the war is over
But I think it's just begun
-- "Penny Evans," written by Steve Goodman

Melanie often used to open with the first verse of "Penny Evans" and then transition into her own "Peace Will Come (According To Plan)."

For sometimes when I am feeling as big as the land
With the velvet hill in the small of my back
And my hands are playing the sand
And my feet are swimming in all of the waters
All of the rivers are givers to the ocean
According to plan, according to man

Another US service member has died in Iraq.  Elizabeth McLaughlin and Abby Cruz (ABC NEWS) report, "A United States service member who was advising Iraqi security forces was killed Saturday in the northern Nineveh province of Iraq, according to the U.S.-led coalition fighting the Islamic State in Iraq and Syria."  Operation Inherent Resolve issued the following earlier today:


SOUTHWEST ASIA – One U.S. service member died today during an Iraqi Security Force mission in Ninewah province, Iraq, while advising and accompanying the ISF during a planned operation. The name of the service member will be withheld until notification of next of kin.

Tim Pearce (WASHINGTON EXAMINER) notes, "The Department of Defense has tallied 84 U.S. military casualties throughout Operation Inherent Resolve, launched in 2014 as a military operation against ISIS."  David Aaro (FOX NEWS) points out, "Iraqi forces launched an anti-ISIS operation north of Baghdad in July, aimed at getting rid of the Islamic State group north of Baghdad and the surrounding areas. Although Iraq declared victory over ISIS in 2017, the group has continued to carry out insurgent tactics across the country."

With yet another dead US service member in Iraq, David Petraeus and Vance Serchuk choose this moment to argue that the US abandoned Iraq.  The disgraced Petraeus teams up with Joe Lieberman's former advisor Vance Serchuk.  Have they no shame?

The two war mongers are upset that US troops might leave Afghanistan.  This causes them to panic:

The Obama administration left Iraq in part because it believed that doing so would free up resources for its “rebalance” in favor of Asia and domestic priorities. Instead, renewed instability in Iraq and the civil war in Syria opened the door to ISIS, which promptly became the all-consuming problem for American national security and compelled the administration to rush thousands of soldiers back to Iraq and later Syria. If the U.S. abandons Afghanistan to chaos, this pattern is likely to repeat itself and the resulting crisis will once again dominate Washington’s foreign-policy bandwidth, to the detriment of its ability to manage other challenges, including China.
The alternative is to recognize that the U.S. doesn’t need a plan for leaving but a strategy for staying—one that carefully minimizes American, coalition and Afghan costs and casualties but accepts the necessity of a sustained and sustainable troop presence to safeguard vital U.S. interests.

We’ll never know whether Iraq’s collapse could have been averted had the Obama administration left a few thousand combat troops there in 2011. What isn’t debatable is that the U.S. would have been in a stronger position to respond when the country’s fragile politics began to fracture and could have reacted much more rapidly when ISIS appeared.


David Petraeus is a damn liar.  But we all know that, right?

There are so many lies in what he writes.  We'll focus on only one of them: "had the Obama administration left a few thousand combat troops there in 2011."

That was not a possibility and Petraues knows that.

Nouri al-Maliki repeatedly insisted on 25,000 or more US troops.  He insisted on that to Joe Lieberman, to John McCain, to Lindsay Graham, to the White House.

And, for the record, Barack offered "a few thousand combat troops."

That's a fact Petraeus also knows.  But he chooses to lie.


Let's move over to the race for the Democratic Party's presidential nomination.  Conner Habib has some interesting thoughts about Mayor Pete. 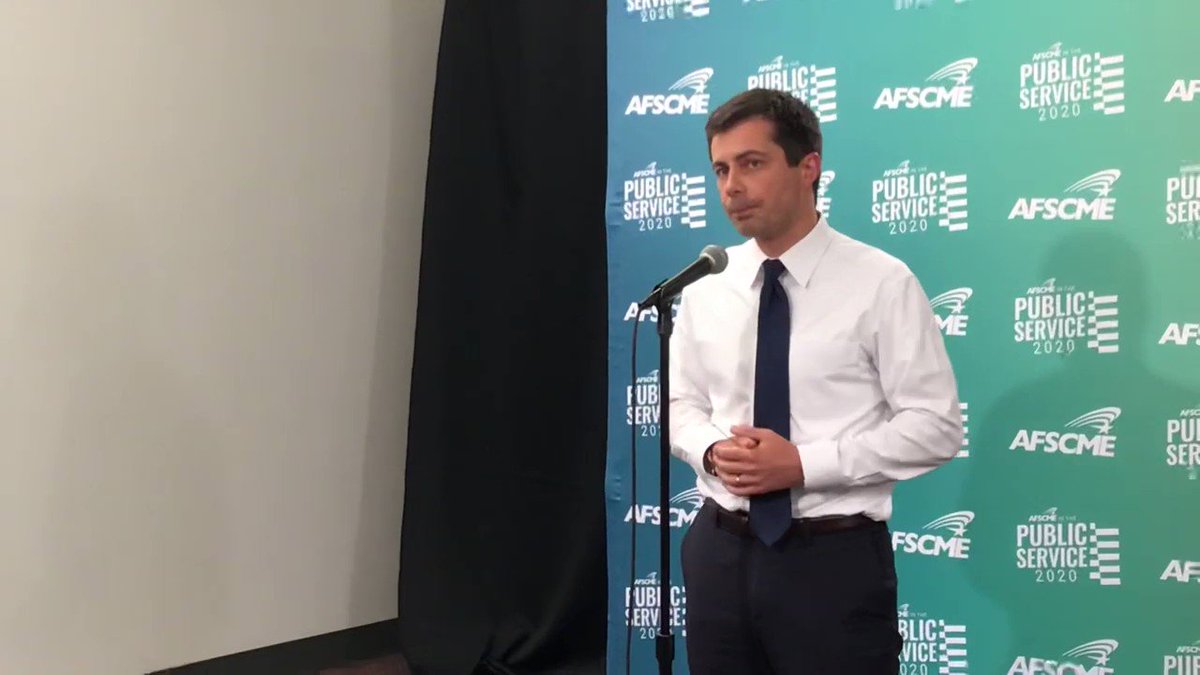 0:37
Glenn GreenwaldVerified account @ggreenwald
So exciting to hear a presidential candidate vow to import the tactics of the War on Terror - that have worked so gloriously - into the US (the reality is they've been incrementally imported, but it's still amazing to hear…
2 replies7 retweets34 likes

Conner is exactly right, "all our foreign policy in the Middle East IS white supremacy."

Marianne Williamson is also running for the Democratic Party's presidential nomination.  Does she have a chance at it?  Right now, it doesn't appear so.  But we're noting her for this.

Marianne Williamson‏Verified account @marwilliamson Aug 9
The truth about my work with people who had AIDS. This from someone who actually was there...
73 replies188 retweets687 likes


You may not agree with Marianne's response but the reality is that she had a response.  While many stuck their heads in the sand and ignored the crisis, Marianne was there.  The AIDS crisis was a time when many showed their true colors.  The colors Marianne showed were colors of love, compassion and solidarity.  Maybe ask some of those people who shunned AIDS victims what they did but you're making an ass out of yourself if you're choosing to go after Marianne on her work with AIDS patients.


Hopefully, while she talks about ending gun violence, she'll also address the need to end the violence in the Middle East by pulling out all US troops.


This Tweet by Senator Bernie Sanders speaks with clarity few others even aspire to.

Bernie Sanders‏Verified account @BernieSanders Aug 8
The inventors of insulin sold the patent for $1. A vial costs $6 to make. Drugmakers sell it for $300 a vial in the United States. That level of greed is scandalous, it is outrageous, and when we win it is going to end.
/>
3:34
1.11M views
6 Miles: Life and Death