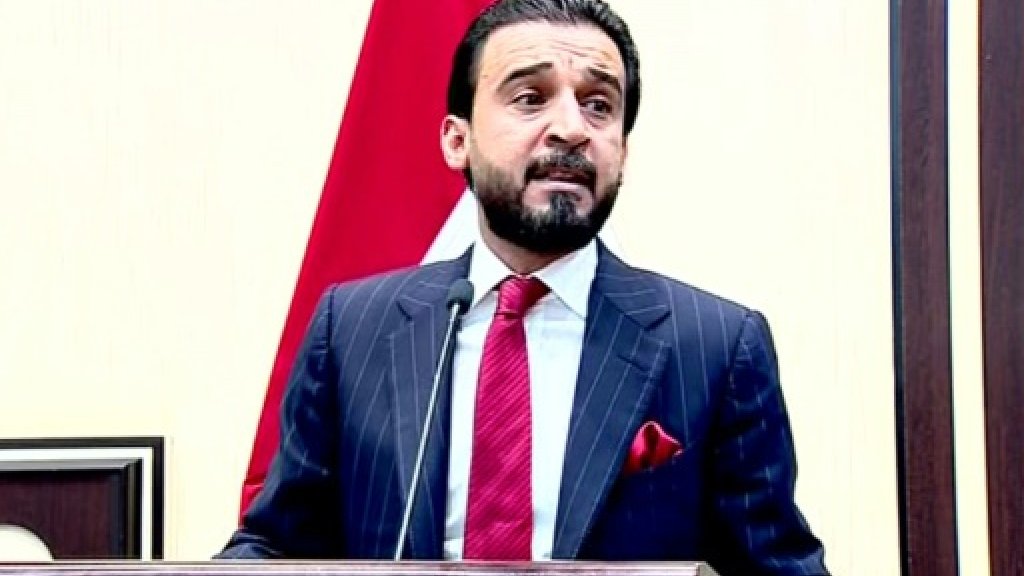 
He was backed both by the outgoing prime minister Hayder al-Abadi and by Hadi al-Ameri whose milita bloc came in second in the May 12th elections and he ran as part of Moqtada al-Sadr's bloc (Moqtada's bloc came in first in the elections).  al-Halbousi has been a member of Parliament since the 2014 elections. Following serving in Parliament, al-Halbousi became governor of Anbar Province.   Pakistan's THE NATION notes, "Halbusi ran against three other candidates, including Vice President Osama al-Nujaifi and former Defence Minister Khaled al-Obeidi."   ALJAZEERA adds:


Mohammed al-Halbousi, a Sunni politician and the former governor of Anbar province, won 169 votes in a secret ballot conducted at Saturday's session of the 329-seat assembly, according to reports.
Aged 37, he will be the youngest speaker of parliament in Iraq's history.

Some are hailing this as a huge step foward and that may be because it was supposed to happen earlier this month.  Raya Jalabi and Ahmed Rasheed  (REUTERS) note, "Parliament had been due to elect a speaker and two deputies during its first meeting on Sept. 3, but failed to do so as lawmakers were unable to determine which competing bloc had the most seats.  The move is not that big.  Today was supposed to also have elected the deputy speaker -- that did not happen and has been postponed until Sunday.  More to the point, there's still no president and still no prime minister-designate.  Elections were four months ago.   Iran's FINANCIAL TRIBUNE explains, "Halbousi’s election marks the start of a 90-day process outlined in the constitution, designed to eventually lead to a new government.  Lawmakers must next elect a new president and task the leader of the largest bloc to form a government as prime minister. But a dominant bloc has yet to emerge, against a backdrop of shifting political alliances."

U.S. Embassy Baghdad‏Verified account @USEmbBaghdad 11h11 hours ago
We congratulate Mohammed Halbusi on his selection as Speaker of the Council of Representatives. This is an important step on the constitutional timeline for forming a new government. In addition, we congratulate the First Deputy Speaker Hassan Kareem al-Kaabi...
2 replies10 retweets21 likes

U.S. Embassy Baghdad‏Verified account @USEmbBaghdad 11h11 hours ago
...We also look forward to the election of the Second Deputy Speaker and support the Iraqi people’s call for reform, and clean and effective governance. We encourage Iraq’s elected leaders to expeditiously form a new government on the constitutional timeline.
8 replies5 retweets18 likes