No, US forces most likely are not leaving Iraq at the end of 2021

Some outlets are saying that all US forces will be out of Iraq by the end of year.  Not only is this not true, it is not what the Secretary of Defense Dept, Lloyd Austin, was credited with stating.  Read the full DoD release "no U.S. forces with a combat role by the end of the year" but the important part is:

Secretary Austin confirmed with Minister Sadun that U.S. forces remain in Iraq at the invitation of the Iraqi government to support the Iraqi Security Forces. The United States will uphold the commitments it made during the July 2021 U.S.-Iraq Strategic Dialogue, including that there will be no U.S. forces with a combat role by the end of the year.

If you missed it, there are supposedly no combat missions in Iraq.  That lie has been claimed for several years now. 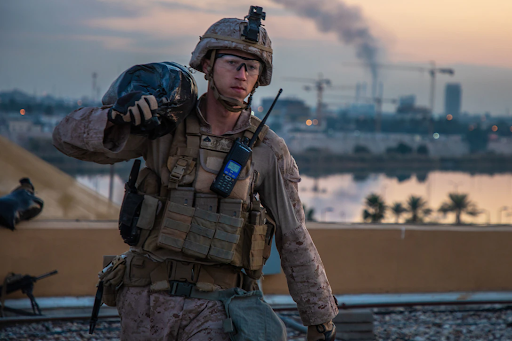 If US forces are to really leave Iraq by the end of the year, it appears that they will be forced to do so by the militias or, as NEWSWEEK prefers to call them, "the resistance:"

A group of Iraqi militias has issued a warning that they were prepared to take up arms against the U.S. military presence in Iraq if U.S. troops stayed in the country past the upcoming year's end deadline for combat operations revealed over the summer by President Joe Biden.

In a statement issued Friday and shared with Newsweek, the Iraqi Resistance Coordination Commission, an umbrella of paramilitary groups aligned with the pro-Iran Axis of Resistance opposed to the U.S. footprint in the region, said its members were "closely monitoring the extent of commitment to the outcomes of the so-called strategic dialogue round" that took place between Washington and Baghdad in July.

The message went on to say that the council "did not believe in the seriousness of the occupation and its commitment" to withdrawing combat troops from Iraq according to the established timeline, but was itself "committed to giving the Iraqi negotiator an opportunity to expel the American occupation from our pure land through diplomatic means."

The headline reads "Iraq Resistance Warns It's Ready to Expel US by Force at Year's End."

It's really kind of amazing, Shi'ite militias linked to Iran get billed as the "resistance" but the actual resistance that fought the occupation from the start was hailed by the same publication as "terrorists."  (No, I'm not referring to ISIS; however, I am referring to Sunni actors.)

Interesting what word choices get made and don't get made.

U.S has committed a genocide in Iraq and no one has been accountable.
@POTUS
@SecBlinken
It is always absurd the democrats trying to maintain democracy in other developing nations. #NoMore
@HornOfAfricaHub

I'm asked by a certain writer why we're not noting him here?

Does he cover Iraq?  No.  So it would be doing him a favor.  I was fine with that in the past.

I've noted that my eyes are in serious decline.  I see two different eye surgeons and have had multiple surgeries since 2020 on my eyes.  I'm not here to put myself out to do you a damn favor when you start sneaking the f-word into your writing -- your lo-o-o-ng writing.  I don't have the time to through and change every f-word into "f**k" so it will be safe to post here.

I have better things to do with my time.  Again, I don't work for you.  I also don't owe you a damn thing.  You pushed yourself off this site.

A video panel?  Four panelists.  It was on Iraq.  It didn't get noted despite two panelists asking it be noted.  I don't have to agree with something for it to go up here.  But the first panelist to speak was a complete liar and I'm just not in the mood.  If he'd been the third or the fourth, it would have been fine.  But as the first to speak, he's all most would have listened to and I would've heard about all the e-mails asking why I highlighted a known liar and what was I thinking and . . .

If the panel had opened with a proper introduction, for example, I might have posted it.  But it opens with this one man already in the midst of making an argument and he doesn't know what he's talking about and his claims are insensitive to the Iraqi people.

I don't have to like you for you to go up here.  I don't even have to agree with you.  But there are some things that aren't going to go up here.

If I can't use the f-word in full here, you can't either.  If you want to misrepresent (and insult) the Iraqi people, I'm not interested.

no U.S. forces with a combat role by the end of the year

The Pentagon issued the following:

Secretary of Defense Lloyd J. Austin III met on November 20 with Minister Jumah Inad Sadun al-Jaburi, Iraq's Minister of Defense, in Manama, Bahrain, during the annual Manama Dialogue. Secretary Austin affirmed the strength and importance of the U.S.-Iraq strategic partnership, and underscored the enduring U.S. commitment to the defeat-ISIS mission.

Secretary Austin confirmed with Minister Sadun that U.S. forces remain in Iraq at the invitation of the Iraqi government to support the Iraqi Security Forces. The United States will uphold the commitments it made during the July 2021 U.S.-Iraq Strategic Dialogue, including that there will be no U.S. forces with a combat role by the end of the year. The two leaders discussed the next phase for the U.S. military mission in Iraq, which will focus on advising, assisting, and sharing intelligence with the Iraqi Security Forces in support of the campaign to defeat ISIS.

The Rittenhouse Verdict (My Live From Rumble)

The Hybrid War On Lebanon Is All About Weakening Hezbollah

Lebanon has endured constant attacks and pressure from Israel, America and their allies for decades, sometimes in the form of direct military confrontation and more recently through a hybrid war involving sanctions, propaganda, violent provocations, social media, western NGOs and embassies -- all to weaken Hezbollah. To discuss all of this Rania Khalek is joined by researcher and journalist Julia Kassem, who has a masters degree from the American University of Beirut and is a contributor to the Al Akhbar, a widely circulated Lebanese leftist newspaper. Listen to every episode of Rania Khalek Dispatches anywhere you get podcasts. Apple: https://apple.co/3zeYpeW Spotify: https://spoti.fi/3za9DRK TIME CODES 0:00 Intro 1:27 Hezbollah’s origins 5:41 The difference between Hezbollah and Amal 10:05 Israel’s occupation of southern Lebanon 14:54 Hezbollah’s relationship with the left 22:09 The year 2000: Hezbollah expels Israel 25:32 2005: Hezbollah enters government, March 14 vs March 8 29:55 2006: Hezbollah defeats Israel, again! 37:20 US & Saudi Arabia embark on an anti-Shia crusade to weaken Hezbollah & Iran 41:16 Hezbollah enters the war in Syria 41:17 Hezbollah becomes a regional actor, in Syria, Iraq & Yemen 50:27 Saudi Arabia becomes the bigger threat 52:35 Maximum pressure and the October 2019 uprising 55:22 Why does Hezbollah ally with corrupt parties? 1:00:07 Why is Lebanon’s economy collapsing? 1:02:16 “Corruption” is the new “terrorism” 1:05:45 Western-funded NGOs, civil society & media 1:11:13 Politicizing the Beirut port blast investigation against Hezbollah 1:18:16 Does Hezbollah have an economic ideology? 1:27:32 Why is there a hybrid war on Lebanon? » Become a patron: https://www.patreon.com/BreakThroughNews -------------------------------- » Like us on Facebook: https://www.facebook.com/BTnewsroom » Tweet us on Twitter: https://twitter.com/BTnewsroom » Follow us on Instagram: https://www.instagram.com/btnewsroom/ At Breakthrough News we believe in the power of independent media. Five mega-corporations dominate the media landscape — controlling 90% of what we read, watch and listen to. They control the news cycle, to which social media and even most “alternative” media is forced to respond. We are breaking through that cycle. We tell the untold stories of resistance from poor and working-class communities — because out of these stories we will construct a different narrative of the world, as it is and in real time. People’s movements in every corner of the globe are changing history and shifting consciousness. But these movements barely receive any coverage from the corporate media. They need visibility. They need amplification. They need a media arm to break through. We can be that media arm, but only with your help. Become a Patron and join us on the front lines in the battle of ideas. Subscribe and follow us! https://www.youtube.com/breakthroughnews @BTNewsroom #Lebanon #Hezbollah #MiddleEast #BreakThroughNews #BTnews #socialistnews #socialism #raniakhalek #eugenepuryear