As US convoys continue to be targeted in Iraq by roadside bombings, the US military is worried about . . . drones.  ARAB NEWS reports:

The US military commander in the Middle East has issued a new warning over the threat from armed drones launched by Iran-backed militias in Iraq.

Marine Gen. Frank McKenzie said the drones were difficult to detect and destroy, and he admitted the US was struggling to deal with them. Finding better ways to counter such attacks was a top priority, he said.

“We’re working very hard to find technical fixes that would allow us to be more effective against drones,” McKenzie said. Efforts were underway to look for ways to cut command and control links between a drone and its operator, improve radar sensors to quickly identify the threat as it approached, and find effective ways to bring them down.

“We’re open to all kinds of things,” he said. “The army is working it very hard. Still, I don’t think we’re where we want to be.”

PRESS TV notes, "His remarks came a month after an explosives-laden drone targeted American forces at a US-operated military base in northern Iraq causing a large fire and damage to a building. Though no one claimed responsibility for the attack, Washington has blamed what it commonly refers to as 'Iran-backed militia groups' for previous attacks on its military installations throughout Iraq."  AP notes, "The drones are cheap and easy to buy, and they're often difficult to detect and problematic to defeat."

Meanwhile, MEHR NEWS AGENCY reports another attack on a US convoy:

Local Iraqi sources reported Sunday morning that a US convoy had been targeted in Iraq.

The US military logistics convoy was targeted by a roadside bomb in the city of Nasiriyah in Dhi Qar province, Saberin News reported.

Minutes later, the source reported that a second roadside bomb had exploded on the same convoy in the province.

It's already Sunday in Iraq.  Khazan Jangiz (RUDAW) reports on threats against the US military:

Iraqi Shiite militias on Saturday issued a statement renewing threats against American forces in Iraq over what they said is a US refusal to completely withdraw its troops from the country.

“The American administration, by refusing the exit of its forces, has sent us the clear message that they only understand the language of force,” the Iraqi Resistance Coordination said on Saturday in statement published on Sabreen News, a Telegram channel linked to the Popular Mobilization Forces (PMF, or Hashd al-Shaabi in Arabic).

The statement criticized the Iraqi government as “unable to fulfill the will of the Iraqi people by expelling the occupation forces from their land, preserving their sovereignty, and defending their constitution” saying the use of force will escalate against US forces so they are “defeated.”

There have been a series of assassinations of activists and journalists in recent months in Iraq, with investigations yielding little to no results.


A Karbala activist was shot dead and a journalist in Diwaniyah was critically injured by unknown gunmen within 24 hours of each other in early May.

Parliamentary elections are scheduled for October 10, 2021.

#Iraq : Another activist killed - Hashem al-Mashhadani was attacked by unidentified assailants in #Baghdad - a member of Azm political alliance, whose leader Khames al-Khanjar denounced his death as an assassination aimed at damaging democratic process #هاشم_المشهداني #ٱلْعِرَاق 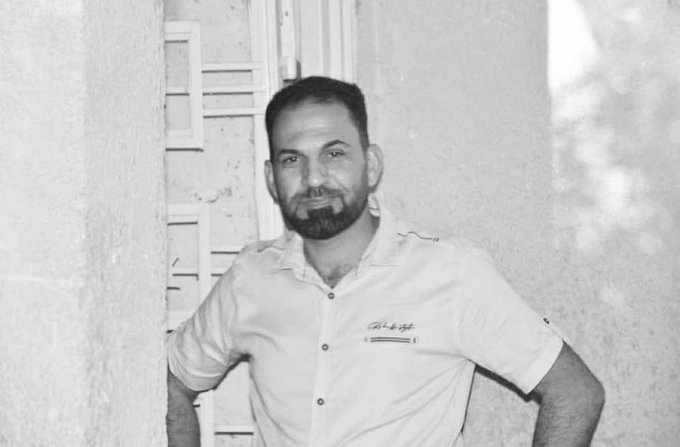 Team Rising reacts to the falling ratings of cable news, specifically MSNBC. About Rising: Rising is a weekday morning show with bipartisan hosts that breaks the mold of morning TV by taking viewers inside the halls of Washington power like never before. The show leans into the day's political cycle with cutting edge analysis from DC insiders who can predict what is going to happen. It also sets the day's political agenda by breaking exclusive news with a team of scoop-driven reporters and demanding answers during interviews with the country's most important political newsmakers. Follow Rising on social media: Website: Hill.TV Facebook: facebook.com/HillTVLive/ Instagram: @HillTVLive Twitter: @HillTVLive Follow Saagar Enjeti & Krystal Ball on social media: Twitter: @esaagar and @krystalball Instagram: @esaagar and @krystalmbal

Like and Subscribe - See Links Below Support us on Patreon at - https://www.patreon.com/HardLensMedia Join us on Odysee - https://odysee.com/$/invite/@HardLens... Join Our Discord Server - https://discord.gg/AQzJG8x Join us on Rokfin - https://rokfin.com/hardlensmedia?cont... Send us a Superchat: https://streamlabs.com/hlmv2 We have Merch - https://teespring.com/stores/hlm3 See Other Shows in Our Network - https://www.99perspectives.tv Intro and Outro Music by NoCopywriteSounds provided by http://spoti.fi/NCS In a majority of its Livestream Content