CNN‏Verified account @CNN 7h7 hours ago
2020 candidate Sen. Amy Klobuchar on allegations that Joe Biden made women uncomfortable: "I think he has addressed it. I think people will continue to ask questions about it, and that's what our democracy is about.” Watch @vanjones68 on CNN at 7 p.m. ET. https://cnn.it/2G5IgQ5
1:18
44.7K views
142 replies58 retweets229 likes

The man who voted for the Iraq War and oversaw it from January 2009 through January 2017 wants to be president.  Qualified to be?  That's another question, isn't it.

Another one would be why the Iraq War is still going on.  Because it is.  Joe Biden wants to be president but he has no plan to end the Iraq War.

NBCWashington‏Verified account @nbcwashington 1h1 hour ago
This is how a family reacted to the surprise arrival of U.S. Army Capt. Justin Brown to National Harbor Saturday night after a yearlong deployment to Iraq. http://nbc4dc.com/mBE1SSd
2 replies11 retweets53 likes


Fortunately,  Captain Justin Brown has made it home from Iraq.  Others remain with still more set to deploy.  Matthew Cox (MILITARY TIMES) reports:


The Army will deploy the 1st Stryker Brigade Combat Team, 25th Infantry Division, out of Fort Wainwright, Alaska, to replace the 101st Airborne Division's 1st Brigade Combat Team in support of Operation Inherent Resolve in Iraq, according to another news release.

"We are privileged to be joining the international coalition that will defeat ISIS and set conditions for increased regional stability," Col. Matthew Brown, commander of the 1st SBCT, said in the release, referring to the Islamic State of Iraq and Syria. "The Arctic Wolves are trained, equipped and exceptionally well led. ... The brigade has readied itself for any mission."


As last week ended, Iraq's president, installed by the US into his ceremonial post, Barham Saleh was insisting that nothing could threaten the continued US military presence in Iraq and Iraqi media was noting the issue of flooding. 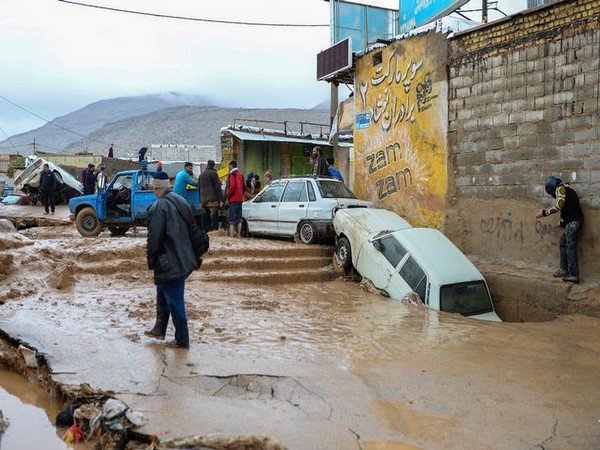 
Ared Mohammed, Ahmed Aboulenein and Mark Potter (REUTERS) report, "Iraq on Saturday closed its Sheeb border crossing with Iran to travelers and trade until further notice, Iraqi security sources said, as flooding continues to submerge villages in the south of Iran. Khalid al-Ansary  (BLOOMBERG) adds, "Al-Sheeb, one of eight crossing points stretching along the border with Iran, will be closed until the wave of floods recess, according to Iraq’s Borders Ports Commission. The shutdown came after a request from Iran, it said."

“You should take necessary measures so that the US will withdraw its troops from Iraq as soon as possible; because in any country where US maintained an enduring military presence, the process of expelling them became more complicated and problematic,” Khamenei told the Iraqi PM, according to a statement on his website.

There are roughly 5,200 US troops stationed in Iraq – officially invited back by the Iraqi government in 2014 to advise and train local forces in the fight against the Islamic State group (ISIS).

Shiite parties in Baghdad which enjoy close ties with Tehran have persistently called for a full US withdrawal, accusing Washington of treating Iraq like a colony.