No improvement, no turned corner, things worsen in Iraq

The PMUs are the militias in Iraq.

They're not supposed to be allowed to run in elections.  This was stopped under Nouri al-Maliki.

This is confirmed: PM Haider al-Abadi have reached a final agreement with the PMU fictions including Badr, Asaib Ahl al-Haq, Hiblollah and al-Nujaba to run for the election in a united coalition. #Iraq
12:35 PM - 13 Jan 2018
1 reply50 retweets64 likes


Well one good thing -- the US government can stop utilizing their CIA assets in the foreign press to blather on about Hayder taking on corruption.

And now that he's made this deal with the PMUs, even the CIA funded 'reporters' will most likely drop that talking point.

Hayder is corrupt and the corpse rots from the head.

White Beard, the loathsome executioner of #gay men for #ISIS (and not the warm jolly guy at malls) has been captured in #Iraq. http://bit.ly/2AiykfO  #justice #punishment #politics #AbuOmer 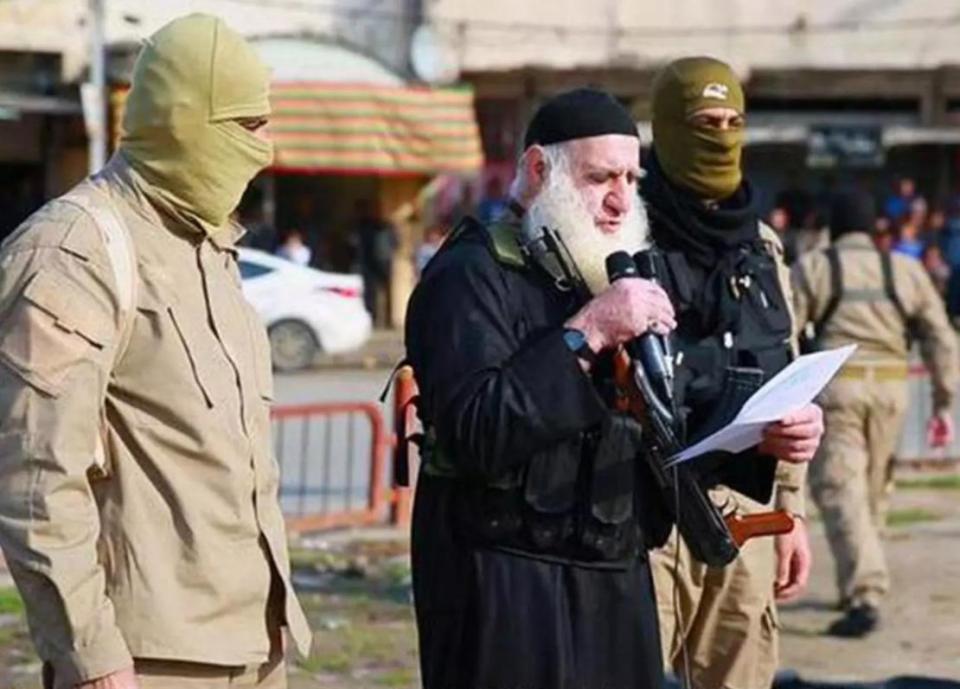 They caught him.  Hayder had him.  And unlike the bulk of those accused of being ISIS, there was actually video -- multiple videos -- of this man committing crimes, killing people.

And it's Hayder's Iraq.  Meaning you can buy your way out of anything.

The #terrorist, identified by locals as #Abu_Omer, was captured on Friday in #Mosul http://www.dailymail.co.uk/news/article-5249941/ISIS-White-Beard-executioner-escaped-5-500-bribe.html#ixzz53iucIFFL …

And grasp that not only did he kill people but he will likely kill residents of Mosul if he can pick some suspects since they're the ones who turned him in.

They've let out a killer to kill again.

Nothing changes in Iraq.  They sell you the lies over and over that things are getting better but they're not.

But the reality is that nothing has improved.

And yet American lives and dollars are still being used to prop up these 'rulers' that do not represent Iraq or the Iraqi people.

Shame on anyone stupid enough to still believe that democracy is -- or ever was -- the goal.

And shame on anyone still thinking that things have improved.