About the same in Iraq

XINHUA has a photo essay about a date festival in Iraq yesterday.  Otherwise?

Nothing much different.  The political stalemate continues.

The leader of Iraq's Sadrist Movement, Muqtada Al-Sadr, stressed yesterday that the return of his Movement's MPs to the House of Representatives is "absolutely forbidden, under any pretext". 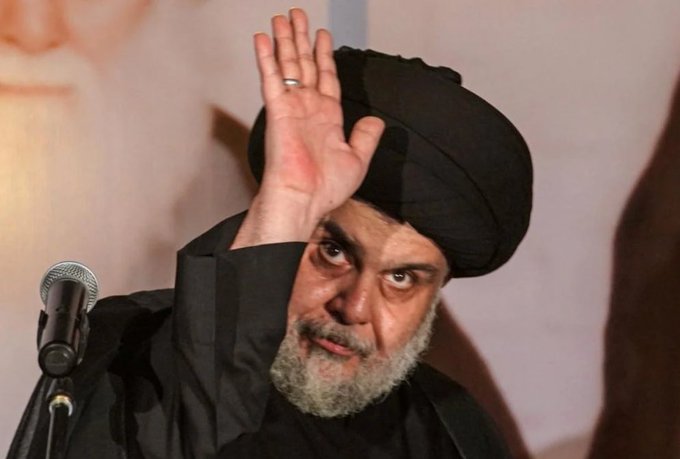 Then why did they try to force the court system to let them back in?

In Friday's snapshot, we noted that Moqtada was asking the KDP and the Sunnis to walk out of the Parliament.

Spokesperson for the Kurdistan Democratic Party (KDP) said on Friday that the Sadrist Movement has not officially asked it to withdraw from the Iraqi parliament. This comes one day after the movement indirectly called on the Kurdish party to do so.

Salih Mohammed al-Iraqi, who introduces himself as Sadrist Movement Leader Muqtada al-Sadr’s “minister” and acts as a spokesperson for the movement, said in a statement on Thursday that they insist on the dissolution of the Iraqi parliament.

The Sadrist Movement, which was the winner of the October 2021 parliamentary elections, withdrew from the legislature in June after failing to reach an agreement with the rival Coordination Framework. The movement had struck a deal with Sunnis and the KDP.

Without mentioning their names, al-Iraq called on both the KDP and Sunnis to follow suit by withdrawing from the parliament to render it illegitimate.

Moqtada is nothing if not litigious.  His recent move has been ignored by the US press but there are charges filed against Nouri al-Maliki that he was planning to assassinate Moqtada.  The charges made in court (by Sadr's group) are based on the recorded conversations of Nouri's that were leaked over a month ago.  In those conversations, he predicted where things were headed.  He did not plot to kill Moqtada.  But it's not like the nut job al-Sadr ever understood the law.  (Or, really, anything else.)

Medley: By The Time I Get To Phoenix/I Say A Little Prayer (Live) -- Dionne Warwick and Isaac Hayes

Francis A. Boyle is a human rights lawyer and professor of international law at the University of Illinois College of Law:

The Prince, Chapter XIX: That One should Avoid being Despised and Hated

“It makes him hated above all things, as I have said, to be rapacious, and to be a violator of the property and women of his subjects, from both of which he must abstain.”

In Chapter 19 of The Prince Machiavelli enjoined  Prince Charles  to not violate and  to   abstain from the property and women of his subjects. Instead, Charles carried on an open and notorious and adulterous and rapacious affair with Camilla then married to a member of his court  in flagrant disregard of his wife and the  mother of his children Diana in the eyes of the entire world. Whenever British and Commonwealth subjects see King Charles with   Queen  Camilla they will think of Diana and grow to hate and to  detest him and her and the British Monarchy itself   as Machiavelli predicted. Machiavelli was a Republican.  And right now the United Kingdom itself could collapse. Once again Scotland is pushing for independence.  Public opinion polls in Northern Ireland reveal that a majority of the British subjects there favor joining the Republic of Ireland and becoming citizens instead of  subjects. King Charles and Queen Camilla will only accelerate these historical forces that are already in operation tending towards the disintegration of the British Monarchy, the United Kingdom, and the British Commonwealth.

Is the Far Right Trying to Co-opt the Left’s Language?

ARE US ELECTIONS FIXED?

Africa: It’s Our Turn to ‘Exploit Our Resources’