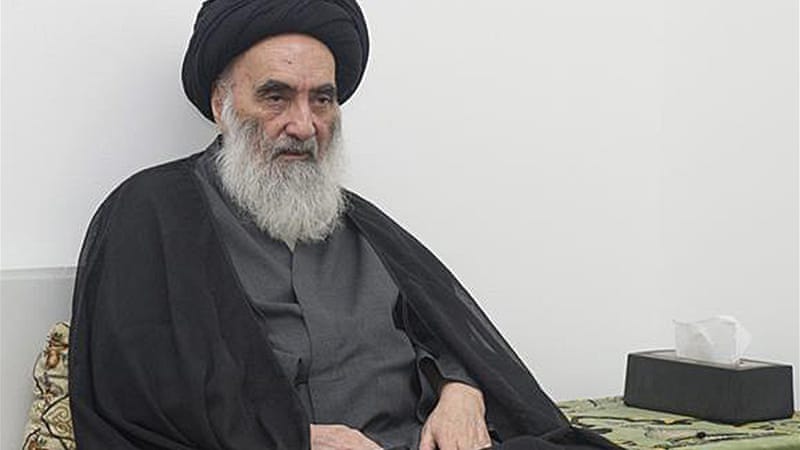 May 12th, elections are supposed to take place in Iraq.  Ali Jawad (ANADOLU AGENCY) notes, "A total of 24 million Iraqis are eligible to cast their ballots to elect members of parliament, who will in turn elect the Iraqi president and prime minister."  RUDAW adds, "Around 7,000 candidates have registered to stand in the May 12 poll, with 329 parliamentary seats up for grabs."  AFP explains that the nearly 7,000 candidates includes 2014 women. Ali Abdul-Hassan and Sinan Salaheddin (AP) report, "Iraqi women account for 57 percent of Iraq’s population of over 37 million, according to the U.N. Development Program, and despite government efforts to address gender inequality, the situation for Iraqi women has declined steadily since 2003.  According to the UNDP, one in every 10 Iraqi households is headed by a widow. In recent years, Iraqi women suffered further economic, social and political marginalization due to decades of wars, conflict, violence and sanctions."    RUDAW also notes that 60 Christian candidates are competing for the five allotted minority seats.  How do they elect the prime minister?  This comes after the general election and is based on who won seats in the election.   Abdulrahman al-Rashed (AL ARABIYA) explains, "To win the premiership, a candidate needs to win the majority of the votes, i.e. the votes of 165 MPs out of 329. Since it is a multi-party system, it is almost impossible to win these votes without sealing political alliances. The governorate of Baghdad is the most important one because it is the largest with 69 seats."  The chief issues?  Mustapha Karkouti (GULF NEWS) identifies them as follows, "Like in previous elections, the main concerns of ordinary Iraqis continue to be the lack of security and the rampant corruption."

ALSUMARIA reports 4 teenagers in Baquba were arrested for ripping down campaign posters while AL MADA notes that 'campaigning' has gone beyond tearing down poster and sexual smears against female candidates to assassination attempts -- 15 and counting.  Having refused to support a woman in his political slate when she was smeared with rumors of an affair, Hayder al-Abadi is now trying to stress the importance of women to Iraq -- in an apparent attempt to make up for his failure to stand up earlier.


Although the United States has avoided publicly taking sides in Iraq’s May 12 parliamentary elections, Washington clearly hopes that Prime Minister Haider al-Abadi will prevail. Abadi has worked closely with US forces in helping to defeat the Islamic State (ISIS) and is seen as the best hope among Shia politicians of keeping Iran’s influence at a minimum.
Every Iraqi prime minister since the 2003 US-led invasion has been a Shia. These prime ministers have often tried to refashion themselves into political figures who go beyond their sectarian base. For example, former Prime Minister Nuri al-Maliki tried to create the persona of an Iraqi nationalist with his State of Law coalition. Shias and non-Shias alike have regarded them essentially as Shia politicians.

One of Maliki’s chief problems was that he so alienated and marginalised the Sunnis that many of them grew susceptible to the entreaties of ISIS, which helped it seize large parts of Iraq in the summer of 2014. The success of ISIS that summer led to Maliki’s political demise — at least temporarily.

Meanwhile the original teeny bopper Ronan Farrow has a book out that maybe Mommy helped him write?  It's called WAR ON PEACE and contains, among other glaring errors, this from page 61:

Critics argued that he benefited from events out of his control -- like al Qaeda leader Moqtada al-Sadr declaring a unilateral ceasefire.

Moqtada al-Sadr is not Sunni.

al Qaeda is a Sunni organization.

Moqtada al-Sadr is a Shi'ite cleric and movement leader.

Carnegie Endowment‏Verified account @CarnegieEndow 13h13 hours ago
With an election later this month, Iraq could be at a key turning point. Muqtada al-Sadr, a prominent Shia cleric, may shed light on the country's future with his next steps. Read @Mehiyar’s analysis here: https://carnegieendowment.org/2018/05/03/iraq-s-new-statesman-pub-76244 … 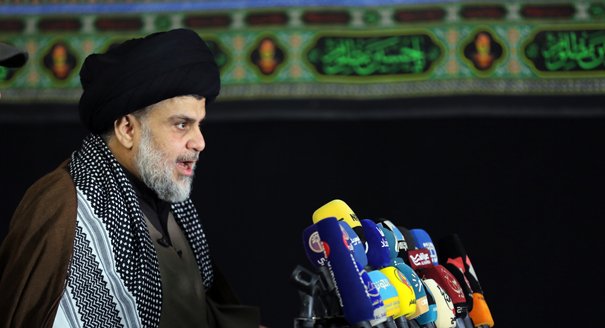 
Shia cleric Muqtada al-Sadr is attempting to transform Iraq’s politics. Hailing from one of the country’s revered clerical families, the forty-four-year-old politician enjoys an enviable position as leader of Iraq’s Shia poor. The son of the late Grand Ayatollah Mohammad Sadeq al-Sadr, the young leader came of age under the U.S. occupation and has become one of Iraq’s most important political figures. Championing antipoverty and secular-oriented politics, Sadr is regarded highly across a large swath of Iraqi society. Exposing the failures of Iraq’s sectarian political system and making calls for widespread reform, Sadr’s recent deliberations represent a shift from the sectarianism that has wracked the country. Politically influenced by common grievances, Sadr has positioned himself to challenge the vested interests of Iraq’s political elites. Now, Sadr is increasingly playing the role of national statesman by working to build national and regional alliances, particularly with Saudi Arabia, and has also reached out to secular and Sunni groups in Iraq. By tapping into a resurgent Iraqi nationalism, he is threatening the sectarian political order. The electoral coalition Sairoun, established to contest parliamentary elections in May this year, is composed of Sadr’s chosen candidates, the Iraqi Communist Party, and secular political activists. Sadr’s efforts to counter the Shia elite’s stranglehold over the Iraqi state and stem Iran’s encroaching influence in the country is consolidating his position in Iraq as an anti-establishment reformist figure.
Not since 2003 has there been such an opportunity for political reform. The defeat of the self-proclaimed Islamic State, the retaking of Kurdish Regional Government (KRG)–held territory by the central government, a strengthened national army, and improved relations with its Arab neighbors have contributed to a positive outlook for Iraq. Yet, while the country’s politics is changing, not much else has improved for Iraqis. The delivery of basic state services continues to be abysmal, and major frontline institutions have been hollowed out by years of endemic corruption. Iraq’s faltering infrastructure—which has not seen any notable progress—is unsettling Sadr’s base of Shia poor and the Iraqi population, whose social and economic conditions continue to be characterized by harrowing levels of impoverishment. According to the Iraqi government, 33 percent of Iraq’s poor do not have access to safe drinking water, and 29 percent of poor individuals aged ten years and over are illiterate. In what could be a key turning point, Sadr’s next steps may shed light on Iraq’s future.


While at The Century Foundation's website, Thanassis Cambanis writes:

In the fifteen years since the American invasion toppled Saddam Hussein from power, Shia cleric Moqtada al-Sadr has distinguished himself from other emerging Iraqi leaders with his endurance, iconoclasm, and unpredictability. He has cut a bedeviling and at times magnetic figure in his country, and he is one of the few sectarian leaders whose popularity has crossed sectarian lines.
Through war, flips of allegiances, involvement in corruption, and military victory and defeat, Sadr has managed to preserve his maverick image as a stubbornly independent man deeply committed to his principles, even as those principles shift over time. Now, with the May 12 Iraqi elections approaching, he is trying to parlay his reputation as a nationalist free-thinker into a movement that can transform Iraq’s political system.

In fact, Sadr has fashioned himself into an unlikely tribune of reform in Iraq. A persistent thorn in the side of foreign powers and Iraqi politicians alike, the graying forty-four-year-old is now trying to radically reshape his country’s politics. He has freshly renounced religious sectarianism, building an alliance with Communists and secular reform activists.1 He has attacked Iraq’s corrupt spoils system, with slogans such as “corruption is terrorism” that resonate with millions of disenchanted Iraqis. His unorthodox electoral campaign joins Shia partisans, Communist ideologues and some of Baghdad’s secular elite. Sadr’s popularity, hard power, and unifying message make him a direct threat to Iraq’s political class.


Friday, the US Defense Dept announced:


There were no reported strikes in Iraq on April 29.

Some Tweets from WIKILEAKS