One 'success' after another in The Mosul Slog

What a proud moment for all.


The Mosul Slog is one success after another.

The offensive to recapture Mosul from ISIS began last October. For nine months, it has been the scene of some of the most intense street-to-street urban warfare since the US invasion of Iraq in 2003. Iraqi government troops and police have slowly advanced through its suburbs, supported by the US military and a coalition that includes Australian, British, French and Canadian aircraft and special forces “advisors.”

The Iraqi government refuses to release any figures on the losses that its forces have suffered. It may well be as high as 10,000 dead and wounded. Reports earlier in the year indicated that some army and police units suffered 50 percent casualties during the fierce battles to completely push ISIS out of the eastern sector of the city.
Civilians, however, have paid the greatest price. Prior to June 2014, Mosul had a population of close to 2 million. While hundreds of thousands fled when ISIS captured the city, displacement and casualties have increased exponentially since the beginning of the US-backed assault.
It is currently estimated that some 860,000 Mosul residents have been turned into refugees, with large numbers sheltering in overcrowded tent camps or with family elsewhere in the country. Another 500,000 are living in various degrees of squalor and hardship in the government-controlled eastern suburbs of the city. It is believed about 100,000 are still trapped in the ISIS-held areas.
There is no accurate count of overall civilian casualties. It almost certainly numbers in the tens of thousands killed or injured, however, inflicted by both the US-backed forces and the ISIS extremists.
Just one US airstrike on March 17 slaughtered at least 105 men, women and children. The US military has revealed that between October 2016 and June 3, its coalition had bombarded the city with some 24,464 missiles and bombs.
When the offensive began nine months ago, the US-led coalition generally estimated that there were no more than 5,000 and at most 10,000 ISIS fighters in the city. In early May, the Iraqi commanders claimed to have killed well over 16,000. In the weeks since, they have claimed to have killed hundreds more.
The inflated number of ISIS deaths suggests that people are being falsely classified as combatants to conceal the true extent of civilian deaths.
A June 22 article by freelance British journalist Tom Westcott, who is reporting from Mosul, detailed disturbing aspects of the treatment of men and boys who manage to get through the battle lines from ISIS-held areas to those under government control.

A French medic spoke to Westcott about several men whose injuries from shrapnel had been treated. “Of course,” the medic stated, “these operations were done by IS medics and we know they only look after their own, so these men were probably with IS.” He noted that government troops would put them through at least two “screenings.”

So many moments of 'success.'


Dropping back to Tuesday's snapshot:

A landmine blast in the Iraqi city of Mosul has killed one Kurdish and one French journalist, as Iraq's forces push deeper into the last remaining areas held by ISIL fighters.
Kurdish reporter Bakhtiyar Addad, who was working with a French team as a fixer and interpreter, was killed in Monday's explosion, according to public broadcaster France Televisions and global journalist rights watchdog Reporters Without Borders.

“Not everybody can find the photos of French ISIS militants who are in Mosul,” read his last Facebook post on Thursday. “[Only] experts can do it. This is again helping the Republic of France to find them again. Some of these people are back in France. The Paris Match magazine got these photos through me.”

A video journalist who had covered a number of conflicts across the world, Villeneuve was filming a piece together with Veronique Robert on the battle of Mosul for French news programme Envoye Special, aired on public television channel France 2.
They were both taken to a hospital on a US military base following the explosion.


Veronique Robert has passed away.


CNN International‏Verified account @cnni  6h6 hours ago
A third journalist has died from injuries sustained in a mine blast this week in the Iraqi city of Mosul http://cnn.it/2sCxav4 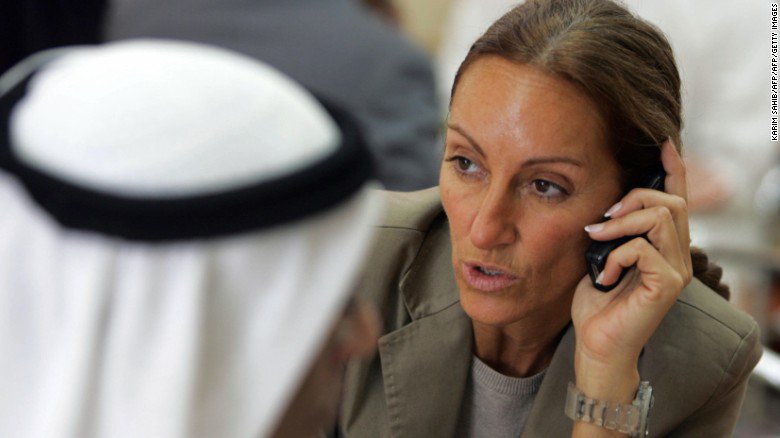 Obama covered up the crime of the century, Bush's illegal war on #Iraq that is still raging

Here are some Tweets from John Stauber.