MENAFM reports, "Iraq's fatalities from the COVID-19 pandemic reached 1,559 on Friday, with 122 extra mortalities, the highest daily count in the country since the first infection was registered in February." As for Saturday?  XINHUA adds
:
It also reported 101 deaths during the day, as the total number of deaths climbed to 1,660 in the country, while 19,938 patients have recovered.

The new cases were recorded after 9,630 testing kits were used across the country during the past 24 hours, and a total of 510,353 tests have been carried out since the outbreak of the disease, according to the ministry's statement.

Meanwhile, Deputy Health Minister Hazim al-Jumaili said in a statement that "the problem with dealing with the spread of coronavirus is not with taking decisions (such as curfew), but with applying the decisions."

"The restricted curfew on districts in Baghdad did not succeed as some neighborhoods did not abide by the health preventive measures," al-Jumaili said.

According to an International Labour Organisation (ILO) survey, 95 percent of businesses in Iraq have suspended work due to Covid-19.

Four out of 10 said they had to lay off some workers, and many expected the crisis to continue another four months.

Salem Ahmed, an Iraqi restaurateur who employs Bangladeshi, Egyptian and Iraqi workers, said his establishment had been hit hard by the lockdown.

"The government didn’t provide any support to businesses, and we’re still expected to pay taxes by July," he said. Even once the lockdown is fully lifted, many business owners surveyed by the ILO predicted they would be unable to bring their operations or sales back to pre-coronavirus levels.

Still on the coronavirus . . .
And, as Katia Lopez-Hodoyan (ALJAZEERA) notes the coronavirus is also creating problems for the water buffalo herders of Iraq's marsh lands.
May 7th, Mustafa al-Kadhimi became prime minister of Iraq.  He has not come off strong or steady thus far.  He's facing a myriad of problems, many of which aren't even noted by the media.
For example?  Iraq is a land of widows and orphans.  Does anyone grasp that reality?  Ayad Allawi does and Tweeted this week about the need for the government to address and invest in programs that would serve Iraqi widows and divorcees.
Iraq also has a significant minority religious community made up of a myriad of religions.  They are threatened/  RUDAW notes:
The presence of militia groups and lack of reconstruction across northern Iraq is a huge barrier to the safe return of religious minorities to their former homes, according to Nadine Maenza, vice chair of the United States Commission on International Religious Freedom (USCIRF).

Speaking to Rudaw's Hiwa Jamal, Maenza spoke of the various obstacles preventing minority groups – including Christians and Yezidis – from returning home, and called on Iraqi Prime Minister Mustafa al Kadhimi to pull back Iran-backed militias present in the area.

"With the Yezidis and Christians, they are having a hard time returning home. They don't feel safe, they're being harassed," Maenza said.
Again, many, many problems facing Iraq's new prime minister.  Alissa J. Rubin (NEW YORK TIMES) notes:

Mr. al-Kadhimi took office in May promising a fresh approach, including cracking down on government corruption and strengthening the rule of law. He also promised to protect foreign diplomatic missions and international forces serving at the request of the Iraqi government.

Seen as closer to the United States than his predecessors, he opened a strategic dialogue with Washington this month aimed in part at resetting the size and mission of American troops in Iraq and obtaining commitments for economic aid.

With the raid on Khataib Hezbollah, he became the country’s first leader to move against one of the Iranian-backed armed groups.

Jaber Al Jaberi, an Iraqi member of parliament, told The National that the CTS raid on Kataib Hezbollah was an attempt to exert state authority and a test to see what the reaction might be.

“Indeed the reaction by the so-called axis of resistance was strong, where their armed and hysterical response revealed a lot about them, their capabilities and their non-compliance with the laws of the state,” Mr Al Jaberi said.
And ALJAZEERA notes:

Al Jazeera's Simona Foltyn, reporting from Baghdad, said Iraq's elite Counter Terrorism Service seized at least 10 rockets during the operation, which was "carried out an in effort to pre-empt an impending rocket attack on the Green Zone and Baghdad International Airport, both of which house US troops".

"Subsequently, dozens of armed Kataib Hezbollah fighters arrived in the Green Zone and laid siege to one of the buildings belonging to the Counter Terrorism Service, demanding the release of the detainees, claiming they were arrested illegally without an arrest warrant," she said.

In other news, Iraq continues to be terrorized by the Turkish government.  They drop bombs on Iraq, they send foot soldiers into the country.  This is a violation of Iraq's sovereignty as well as international law.  RUDAW reports:

Babakir Faqe, the spokesperson for the Kurdistan Regional Government (KRG) Ministry of Peshmerga Affairs, described Turkey's ongoing ground and aerial operation as "a blatant violation" of the sovereignty of Iraq – particularly that of the Kurdistan Region.

The air offensive has claimed the lives of five civilians, and injured several others.

Faqe told Rudaw on Saturday that according to international protocol, Turkey should have informed Erbil or Baghdad of their military operation , which he said they failed to do.

The following sites updated:
Posted by Common Ills at 9:59 PM

Ralph welcomes back Glen Ford from Black Agenda Report to discuss the ongoing protests over police brutality and the myth of the “warrior cop.” Then Lisa Gilbert, executive vice-president of Public Citizen, tells us what they are fighting to get into the next stimulus package. Plus, Ralph updates us on the Boeing Max 8 issue.
Posted by Common Ills at 9:30 PM

Toni Morrison: The Pieces I Am

The Left’s Resurgence Is For Real | First You Bomb and Starve a Country. Then You’re Praised for Sending in Aid. 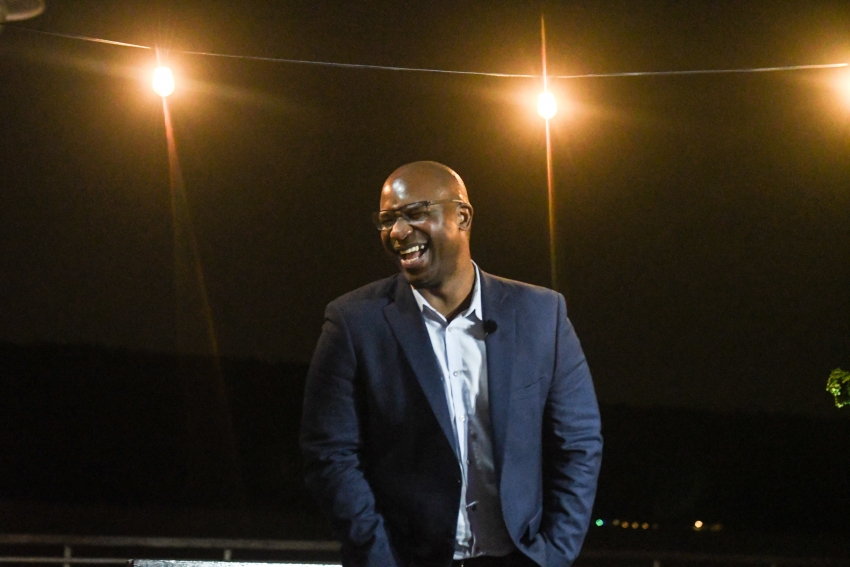 The Left’s Resurgence Is For Real

Jamaal Bowman and other progressive and socialist challengers had a very good night, while Alexandria Ocasio-Cortez cruised to victory—proving that the left wing is a force to be reckoned with.

First You Bomb and Starve a Country. Then You’re Praised for Sending in Aid.

The perverse diplomatic charade of Saudi Arabia starting a fire then getting credit for providing fire blankets.

Derek Chauvin and Amy Cooper Are One and The Same

Bogus allegations waged by white women are just as dangerous as police brutality—and come from the same callous privilege.

“If we don’t die of Covid, we will die of hunger,” says Honduran activist Albertina López Melgar.

In U.S. Counties Where Lynchings Were Prevalent, Police Are More Likely to Shoot Black People

Areas with higher numbers of lynchings from 1877 to 1950 have more officer-involved shootings of Black Americans today.

BY JHACOVA WILLIAMS AND CARL ROMER

Trumka's somewhat baffling defense of police unions would seem to imply that they're an opponent to be bargained against.

Bringing Back the Buffalo Was Always Important to the Rosebud Sioux. The Pandemic Made It Urgent

Once numbering in the tens of millions, buffalo carved ecological niches continent-wide for innumerable other plants and animals.

You're Invited to PrideFest! 🌈