I’m delighted to welcome my friend, French President
@EmmanuelMacron
to Erbil tonight. I look forward to discuss bilateral ties, Iraqi elections and other pressing issues with President Macron. I remain grateful for France’s continued support to the Kurdistan Region and Iraq. 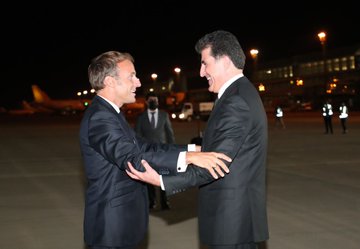 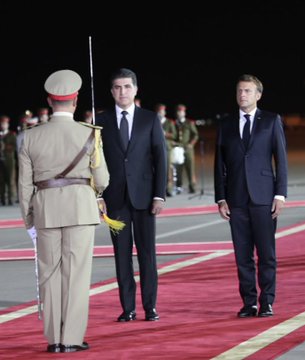 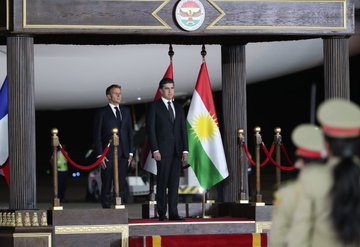 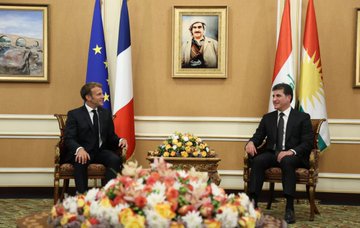 French President Emmanuel Macron who vowed his country would stand firm in Iraq.

The meeting comes as Iraq, long a casualty of jihadist militancy, tries to establish itself as a mediator between Arab countries and Iran.

“Given the geopolitical events, this conference has taken a special turn,” Macron said at the summit.

He said his country would continue to deploy troops in Iraq to battle terrorism even if the US were to withdraw.

“No matter what choices the Americans make, we will maintain our presence in Iraq to fight against terrorism,” Macron told a news conference in Baghdad.

Good.  Sounds like France has it covered, US troops can leave.

France to stay in Iraq even if US troops withdraw: Emmanuel Macron 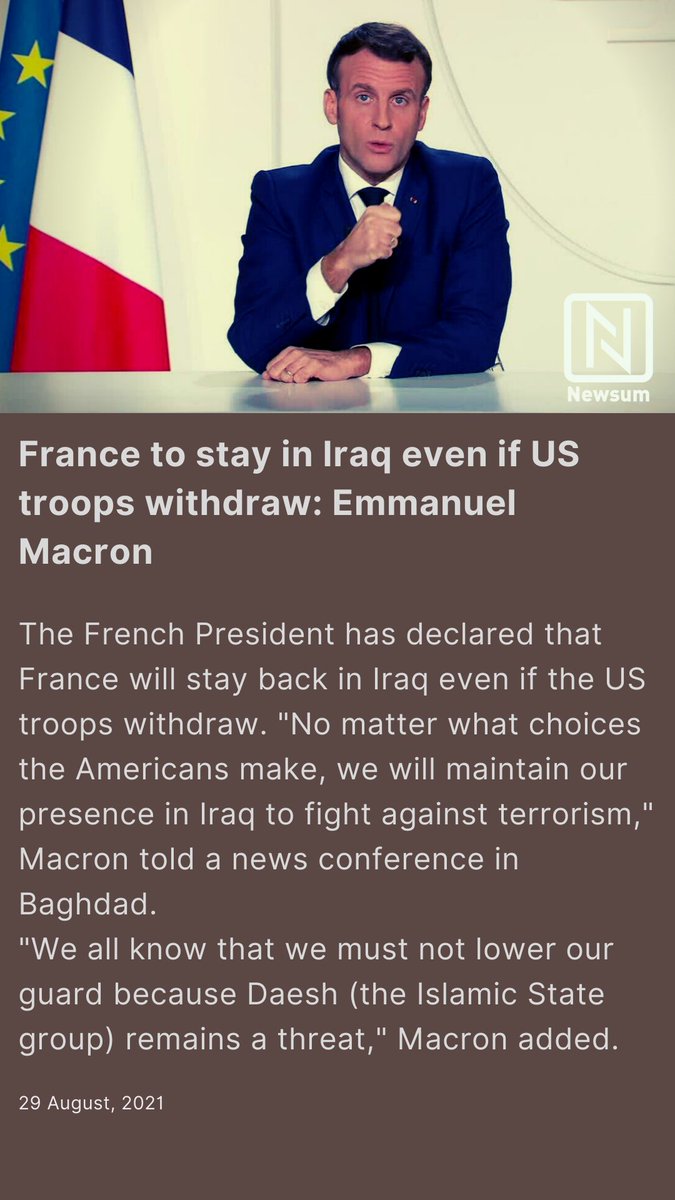 Good luck with that, Macron.

Issue solved.  Joe Biden can now declare all US troops are leaving Iraq.

In other news, Shi'ite cleric Moqtada al-Sadr never really left the election (he wasn't a candidate and his withdrawal -- as a member of Parliament from his party e-mailed this site -- was only for him).  But he's officially back in.

The populist Shia Muslim scholar, Moqtada al-Sadr, has said he and his supporters would take part in Iraq’s October general election, reversing a decision last month to stay out.

Al-Sadr’s bloc is part of a coalition that holds the most seats in parliament now, and is likely to be one of the frontrunners in the vote, which was called early by Prime Minister Mustafa al-Kadhimi as a response to popular protests that took place in 2019.

During a speech on Friday, Sadr said that his movement would take part in elections scheduled for 10 October as a means of fighting corruption and of reforming the country

The Manchinites Don't Understand Basic Economics...Or, Worse, Maybe They Do: A Class War Primer In One Graph