The world is full of lousy whores

Jackie Collins, were she alive today, could focus on the media.

Today, they are even trashier and more whorish than the worst starlet or gay-for-play male juvenile wanting to move onto adult parts.

And that's really saying something.

Reality:  while trash like Meryl and Tom try to talk up the press, the press has always been a group of whores huddled under a street lamp.

Take a nominee for Outstanding Picture in 1932 (now known as Best Picture) at the Academy Awards: FIVE STAR FINAL. Mervyn LeRoy directs Edward G. Robinson who plays an editor facing pressure to sensationalize the so-called news. Boris Karlof plays the early for runner of Judith Miller and two people take their own lives over the 'reporting.'

Before they hid behind degrees -- laughable degrees with no real academic founding -- journalists were capable of indicting their own system but the circle of jerk today -- taught and enforced in our universities -- leads to the amnesia that press criticism is something new and that, if only -- of if only, we'd lived a few years or decades earlier, things would be better.

Things will never be better until people grasp that they were never that good to begin with.

Molly Knight Retweeted The Hill
Condoleeza Rice thought the war in Iraq was a great idea. Her opinion is no longer needed.
Molly Knight added, 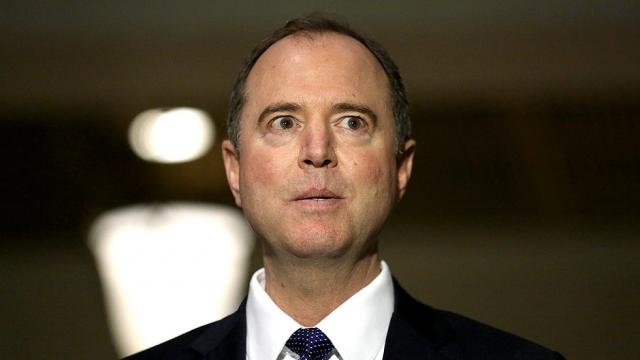 The HillVerified account @thehill
Condoleezza Rice to top Intel Dem on Trump-Russia probe: You need to "wrap it up" http://hill.cm/oUQIk2u
63 replies213 retweets1,402 likes

Another blond woman beating up on an African-American woman and who will call the whore out?

But she needs to be called out.

First off, Condi Rice shouldn't be listened to because of the Iraq War?

Okay, I can go along with that.

Because the Iraq War matters.

Day after day, we note the ongoing war here.

Day after day, since this site started.

This appears to be her first ever Tweet on Iraq but I don't have time to go back years on her account.

If Iraq is that important -- and I agree it is -- why does Molly Knight never mention it before now?

Condi Rice shouldn't be listened to because she supported the Iraq War?

Again, no problem, I agree.

But I also agree that Hillary needs to be held accountable for her support of the Iraq War.

In fact, she'd probably cut a person who suggested that Hillary shouldn't speak because Hillary supported the Iraq War.

So we're left with this reality:  Hillary and Condi supported the Iraq War.  Molly Knight believes that supporting the Iraq War means you should shut up now.  But, apparently, only if you're an African-American woman.


As Ava and I noted in November 2005, when reviewing COMMANDER-IN-CHIEF:

What really frightens us, besides the fact that a backlash only takes root when people who should know better applaud this junk, is an elitist attitude that seems to greet this show.
"We got our woman president!"
Consider us too grass-rooty but we don't see that as an end all be all. We weren't among the ones saying "At least we still got Martin Sheen on TV" so maybe we're missing it. But honestly, we'll take an Alice over a Commander-in-Chief. Give us working class women who pull together over a queen bee living a rareified life.
We've never doubted that a woman could be president (and at some point will be). But we've never assumed that gender would be an answer. A woman who supports equality? Absolutely, that's a great thing. A woman who makes her way as an exception, backs up an agenda she doesn't believe in and does nothing to help other women? We don't see the point in applauding that.
It's a pertinent issue as two women are repeatedly named as potential candidates in the real world: Condi Rice and Hillary Clinton. If either woman (or both) runs, will we get the same giddy "It's a woman!" nonsense? Under no circumstance would either of us vote for Rice. We'd be reluctant to vote for Clinton considering her waffles on the issue of choice and her stance on the war. But will those issues be silenced in the giddy cry of, "It's a woman! It's a first!"


Eleven years later, the answer was: Yes, those issues would be silenced in the giddy cry of, 'It's a woman! It's a first!'

Idiots like Rob Reiner have taken time away from cruising to insist that Hillary did it for political reasons.  Rob loves him some Hillary -- maybe they should have a baby?  artificial insemination and embryo transplants certainly make it a possibility -- but he's just a cowardly, closeted stooge.

Hillary voted for the war and supported it.  If you wanted her to admit it was a mistake or to apologize, you needed to look elsewhere -- she said in 2007.  When Barack Obama made the support a campaign issue, she was forced to say her vote was a "mistake."  In the years since Barack used her support of the Iraq War to beat and flag her publicly, she's amended the "mistake" -- it was a "mistake" because she thought Bully Boy Bush would send more troops to Iraq.

She was wrong, she insists, to have believed that he would send more US troops into Iraq.

That, she insists, was her mistake.

Molly Knight's a racist or a whore, she can take her pick.

Either support of the war really matters -- in which case, Molly, call out Hillary for the first time in your life; or Molly's just another racist tearing apart African-American women.

In 2004, America's media Establishment cheered Bush's jokes about Iraq's non-existent WMDs. A million people died over that lie, and the dying is nowhere near over. Our ruling class is a basket of f**king degenerates pic.twitter.com/r0GACA2RE2
15 replies219 retweets334 likes

And that's why the war drags on and is sold and re-sold daily.

And why the Iraqi people continue to suffer.

What's internet censorship about? Covering up stories like these

Francis A. Boyle fights to end deaths and rapes

Francis A. Boyle is an attorney and a professor of international law.  He's also the author of many books including, most recently, United Ireland, Human Rights and International Law.
Nikki McGee (WCCU) reports:

University of Illinois law professor Francis Boyle is Irish, but you won't catch him participating in Unofficial St. Patrick's Day.
"People are going to die and more women are going to get raped and sexually assaulted, more property is going to get destroyed,” Boyle said. “More kids are going to be taken off to emergency rooms at the hospitals around here."
Boyle has spent the last 10 years trying to end the Unofficial event, filing complaints to then Governors Rod Blagojevich and Pat Quinn asking them to end the event.

Tor is in bed with the feds (Margaret Kimberley)