MIDDLE EAST EYE reports, "Iraq will begin a partial manual recount of votes on Tuesday 3 July of a May parliamentry election clouded by allegations of fraud, a step towards the formation of a new parliament and government."

May 12th, Iraq held national elections.  Ahead of the elections, there had been big hopes -- these hopes included a large turnout.   Ali Jawad (ANADOLU AGENCY) noted, "A total of 24 million Iraqis are eligible to cast their ballots to elect members of parliament, who will in turn elect the Iraqi president and prime minister."  RUDAW added, "Around 7,000 candidates have registered to stand in the May 12 poll, with 329 parliamentary seats up for grabs."  AFP explained that the nearly 7,000 candidates includes 2014 women.  THE SIASAT DAILY added, of the nearly 7,000 candidates, "According to the electoral commission, only 20 percent of the candidates are newcomers." Ali Abdul-Hassan and Sinan Salaheddin (AP) reported, "Iraqi women account for 57 percent of Iraq’s population of over 37 million, according to the U.N. Development Program, and despite government efforts to address gender inequality, the situation for Iraqi women has declined steadily since 2003.  According to the UNDP, one in every 10 Iraqi households is headed by a widow. In recent years, Iraqi women suffered further economic, social and political marginalization due to decades of wars, conflict, violence and sanctions."

It's June 30th, recounts are too start on July 3rd.  That will be about two months after the election took place.  Maybe then there will be a government?

Maybe not.  In 2010, it was over eight months after the election before Iraq formed a government.

SICKOFITRADLZ
Uh, ever heard of Jennifer Beals
2 hours ago 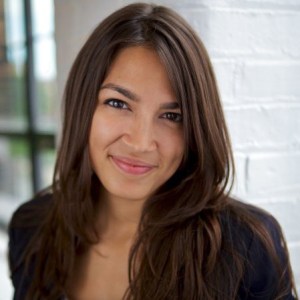 Within 30 minutes of my publishing this complaint that peace had vanished from Alexandria Ocasio-Cortez’s website, the following appeared on her website:

Since the invasion of Iraq in 2003, the United States has entangled itself in war and occupation throughout the Middle East and North Africa. As of 2018, we are currently involved in military action in Libya, Syria, Iraq, Afghanistan, Yemen, Pakistan, and Somalia. Hundreds of thousands of civilians in these countries have been killed either as collateral damage from American strikes or from the instability caused by U.S. interventions. Millions more have fled their broken countries, contributing to the global refugee crisis.
This continued action damages America’s legitimacy as a force for good, creates new generations of potential terrorists, and erodes American prosperity. In times when we’re told that there’s not enough money, Republicans and corporate Democrats seem to find the cash to fund a $1.1 trillion fighter jet program or a $1.7 trillion-dollar nuclear weapon “modernization” program. The costs are extreme: the Pentagon’s budget for 2018 is $700 billion dollars: to continue fighting an endless War on Terror and refighting the Cold War with a new arms race that nobody can win.
According to the Constitution, the right to declare war belongs to the legislative body, and yet many of these global acts of aggression have never once been voted on by Congress. In some cases, we’ve even acted unilaterally, without the backing of the United Nations.
America should not be in the business of destabilizing countries. While we may see ourselves as liberators, the world increasingly views us as occupiers and aggressors. Alexandria believes that we must end the “forever war” by bringing our troops home, and ending the air strikes that perpetuate the cycle of terrorism throughout the world.
By bringing our troops home, we can begin to heal the wounds we’re opening by continuing military engagement. We can begin to repair our image. We can reunite military families, separated by repeated deployments. We can become stronger by building stronger diplomatic and economic ties, and by saving our armed forces only for when they’re truly needed.

This is a lengthened and improved version of what had previously been on the candidate’s website. Please tell her you support it.
us@ocasio2018.com
(347) 808-0322
Please donate to her campaign.
Please write a letter to the editor and call a radio show to tell them that you support Alexandria Ocasio-Cortez and why.
--
David Swanson is an author, activist, journalist, and radio host. He is director of WorldBeyondWar.org and campaign coordinator for RootsAction.org. Swanson's books include War Is A Lie. He blogs at DavidSwanson.org and WarIsACrime.org. He hosts Talk Nation Radio.He is a 2015, 2016, 2017 Nobel Peace Prize Nominee.
Follow him on Twitter: @davidcnswanson and FaceBook.
Help support DavidSwanson.org, WarIsACrime.org, and TalkNationRadio.org by clicking here: http://davidswanson.org/donate. Sign up for these emails at https://actionnetwork.org/forms/articles-from-david-swanson.

Some Tweets from journalist Margaret Kimberley