This morning, declared presidential candidates in the US so far include Gloria La Riva, Joseph Kishore and Jo Jorgensen.  This evening, there is one more: Howie Hawkins.  Teri Weaver (SYRACUSE.COM) reports:
It’s official: Howie Hawkins, a tireless and perennial Green Party candidate in Syracuse and across New York, is running for president.

Hawkins officially won the designation today during the Green Party’s virtual convention. The selection marks the 25th time Hawkins has run for office, and his first national campaign.

Howie is the only new presidential candidate for this month.  Next month, at the Democratic Party's convention, Joe Biden is expected to be declared the party's presidential candidate.  Though this moment is Howie's, it's amazing how little press there is on this.  Not only are news or 'news' outlets like CNN and NBC ignoring this story but where's the report from ASSOCIATED PRESS?  Where's the coverage?

In one of the few press reports, Robert Harding (THE AUBURN CITIZEN) notes:

On Saturday, Hawkins officially became the Green Party's nominee for president. He received 210 of the 355 votes on the first ballot to win the nomination at the party's convention, which was held online due to the COVID-19 pandemic.

The presidential bid is the culmination of a lifetime of activism and nearly two dozen political campaigns. Hawkins, a retired UPS employee and Teamster who lives in Syracuse, was asked to run for president eight years ago. He declined because of his work obligations.

As the Green Party's presidential nominee, one of Hawkins' main goals is to appear on the general election ballot in every state and the District of Columbia. That's important, he explained, because it could give the Green Party ballot access for future elections.

So far, Hawkins and his running mate, Angela Walker, are on the ballot in nearly 30 states. He admitted it has been challenging because of the COVID-19 pandemic. While some states eased their rules for securing a spot on the ballot, others did not.

You might not think ballot access would be an issue in a democracy, but it is.  The US offers the illusion that Americans can freely choose who to vote for but even when you cut through the online bullying by the Debra Messings of the country, you're still left with the reality that the so-called 'presidential debates' are controlled by the Democratic and the Republican Parties (not the people of the US) and they exclude all other candidates.  As for ballot access, earlier this week, SEP presidential candidate Joseph Kishore wrote about the fight to get on the ballot in the so-called democratic state of Michigan in "Michigan court rules that SEP must gather signatures despite pandemic" (WSWS).
Many reforms are needed in US elections -- including ranked choice voting.  Today's news of Howie Hawkin's victory may be ignored by the press because it goes to just how unfair 'democracy' in the US is when candidates have to fight for ballot access.  Or it could just be part of the corporate press again refusing to do their job: Inform the American people.
Instead of providing actual news, they prefer to shape opinion.  That's not their job.  But as Edward S. Herman repeatedly documented over the years as a media critic, it is what they perceive as their role.
Yesterday, CSPAN did what it was created by Congress for and, on WASHINGTON JOURNAL, interviewed Howie.
Another victory that Howie's campaign had earlier this week was in meeting the criteria for matching federal funds.  July 9th, his campaign noted:

Federal law requires that campaigns raised $5,000 in 20 states in increments of up to $250 per individual. Today, Virginia became the 20th state and put the campaign over the top. Donations will qualify for matching funds up to the last day of the Republican Convention, August 27.

Matching funds must be spent for primary activities, including ballot access petitioning. For the general election, there are public campaign grants for parties that received over 5% of the popular vote in the previous election, which the Green Party did not do in 2016. The campaign will have to raise funds separately for the fall general election. No other campaign in 2020 has qualified for matching funds. The Democrats and Republicans reject matching funds because they can raise more money from the millionaires and billionaires who they represent, and no other third-party has achieved matching funds.

The Green Party quotes Howie declaring in his acceptance speech:
Our campaign will reach out to the tens of millions of voters who are not represented by the two parties of the millionaires and billionaires, to the independent voters who have rejected both parties and to the ‘hold your nose’ voters who reluctantly vote for candidates they do not like, from political parties they do not trust. [. . .]  The US is a bi-partisan failed state. We need real solutions to the life-or-death problems we face: Covid-19, racism, economic inequality, climate change and the new nuclear arms race.  The mishandling of the COVID pandemic has resulted in more than 135,000 deaths. The collapse of the economy has 47.2 percent of working-age people without work while the bi-partisans are bailing out their wealthy friends and families. The people are rising up against racism and police violence but Trump and Biden respond with violence. Neither party will confront the climate crisis but instead continue building fossil fuel infrastructure that heighten the crisis. And, the nuclear arms race is escalating while never-ending wars continue.
Following his victory this evening, Howie Tweeted:
We are honored to officially be the
@GreenPartyUS
nominees for President & Vice President! Thank you to Greens around the country who voted for us in the Green primaries! Thank you to our donors and volunteers! Get involved in our #LeftUnity campaign at https://howiehawkins.us
Staying with the topic of politicians, we'll note this report by Cleo Krejci (ARIZONA REPUBLIC) about US House Reps Andy Biggs and Thomas Massie:

Two Republican members of the U.S. House of Representatives cosigned a letter to President Donald Trump asking him to withdraw U.S. military from Afghanistan and Iraq and "end the endless wars."

In a July 7 letter, Rep. Andy Biggs, R-Ariz. and chairman of the conservative House Freedom Caucus, and Rep. Thomas Massie, R-Ky., urged the president to bring remaining troops home after two decades of military presence in the Middle East.

"Throughout your entire Presidency, you have worked tirelessly to Make America Great Again," Biggs and Massie said in the letter. "We are confident you will repeat this feat again after this pandemic. However, the United States will not remain a great power for long if we stay engaged in perpetual warfare in Iraq and Afghanistan."

Why is the US government continuing to risk the lives of American service members?  What constitutes a victory and allows the US military to leave Iraq?  While the US Congress has refused to collectively answer that question for 17 years now (Iraq is our focus here), Americans continue to die and continue to be injured in Iraq.
Doubt it?  IQNA reports:

At least three vehicles of the convoy were reportedly destroyed or damaged in the attack which occurred at 10 pm (local time) on Saturday.

Some media reports say the convoy has been targeted by a remote-controlled VBIED.

The convoy was reportedly traveling between the cities of Diwaniyah in Al-Qadisiyyah province and Svehiclein Muthanna province.

The videos and images released of the incident suggest that the vehicles caught fire following the attack, Press TV reported. 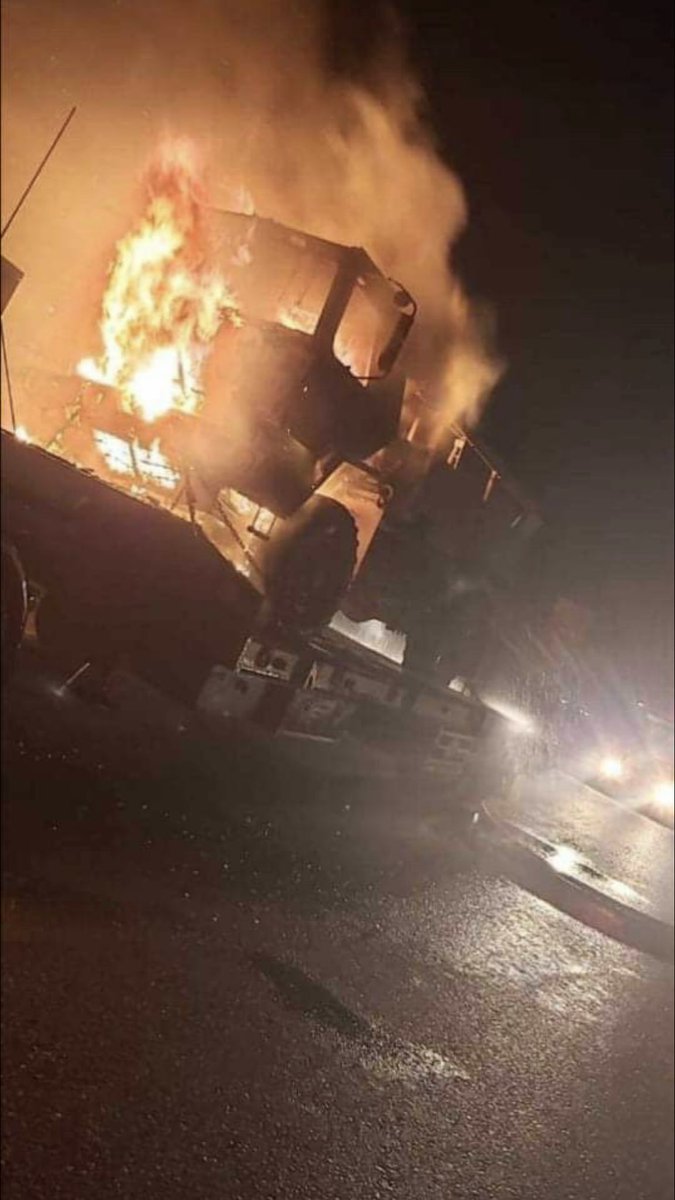 2:47 PM · Jul 11, 2020
MEHR adds, "According to the security source, the trucks were carrying supplies from Basra to one of the US bases in Iraq.  Attackers forced the convoy to stop, got the drivers out of the vehicles, and set the convoy trucks on fire. All the convoy drivers were Iraqi citizens, the source said."  SPUTNIK runs the same story as MEHR (word for word).
The following sites updated:
Posted by Common Ills at 10:31 PM

Howie Hawkins Tweeted:
We are honored to officially be the
@GreenPartyUS
nominees for President & Vice President! Thank you to Greens around the country who voted for us in the Green primaries! Thank you to our donors and volunteers! Get involved in our #LeftUnity campaign at https://howiehawkins.us 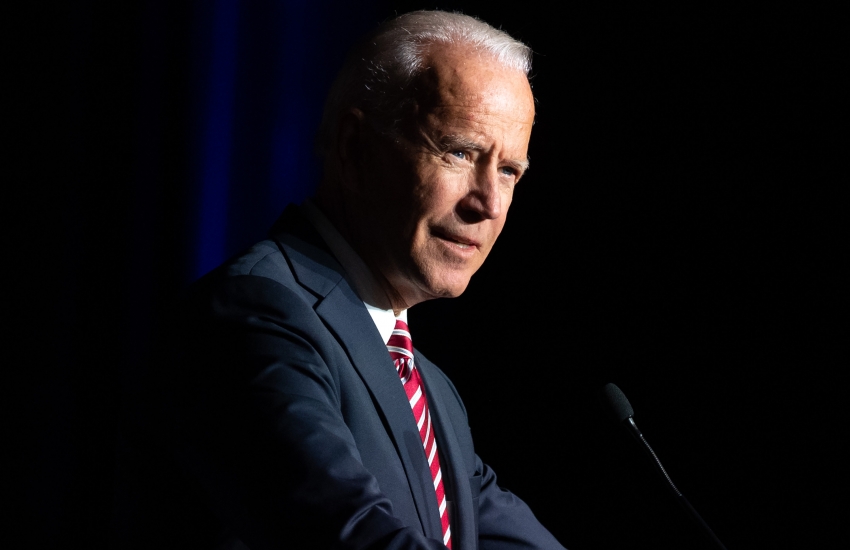 Next up after the Biden-Sanders task forces? The Democratic platform drafting committee—and progressives have their work cut out for them.

The Coddling of the Elites

Free speech for whom, exactly?

What’s Missing From the Biden-Bernie Task Force Plan? Medicare for All.

The recommendations are an improvement on Biden’s previous healthcare plans, but a public option won’t cut it. We need free, universal coverage.

By embracing preventive policing, the task force aims to eliminate the threat of dissent.

“People’s Eyes Are Starting To Open”: How Covid-19 Is Driving Support for Medicaid Expansion

In North Carolina, canvassers are working to expand Medicaid—and finding a sympathetic audience amid the pandemic.

Free, government-funded schools were rarely built on reservations—meaning that for many Native families, Catholic mission schools were the only option.

The radical, self-sufficient homeless encampment in Philly is the autonomous zone you haven't heard about.

They Came to Support People Getting Out of Jail. Then They Were Attacked By Police.

Jail support outfits have not been spared police backlash.

Within the ranks of two unions representing theater and entertainment workers, the push to kick police out of the AFL-CIO has ballooned.

Labor's left wing is finding out what it's up against.

Black People Own Less of the U.S. than 100 Years Ago. A ‘Black Commons’ Could Help Reverse the Trend

BY JULIAN AGYEMAN AND KOFI BOONE