Our correspondent in #Iraq tells
@JURISTnews
that there was a large demonstration Saturday in #Baghdad marking the third anniversary of major unrest on this day in 2019. Today's protest was broken up by security forces using tear gas and rubber bullets. 5:30 PM local time: 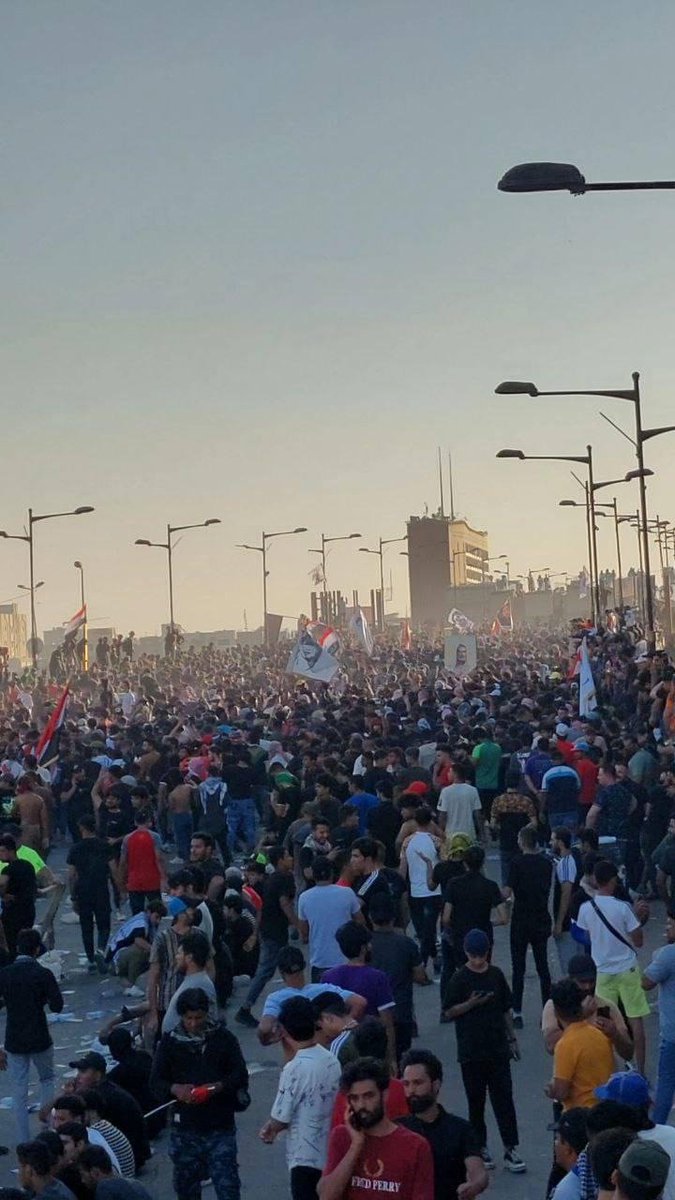 It was a real protest which means it didn't have anything to do with Moqtada al-Sadr or his cult so it will get far less press.  Or worse, it'll be credited to him -- like an idiot did not long ago did claiming Moqtada led the 2019 protests.  He didn't.  The October Revolution was initially by Moqtada, then he saw it was popular not just with young Shi'ites but with middle-aged and older Shi'ites.  Then he tried to jump on the bandwagon but the protesters made clear to him that he was not running anything.  He demanded that women not be allowed at the marches and they then carried signs mocking him.  Then he started his verbal attacks on the protesters.

This isn't minor.  In fact, lies that it's Moqtada's cult piss me off so much that I've done my first ever Tweet:

theguardian.com
Scores of Iraqis injured in anti-government protests in Baghdad
Teargas and stun grenades used by security forces as unrest over poverty and corruption flares up in the capital and other cities
9:21 PM · Oct 1, 2022

And I was so mad, I misspelled "security."

It's October 1st.  Guess what?  The October Revolution is back.

And you know it's really them and not Moqtada al-Sadr's groupies because the security forces fired at them and used tear gas.

Yeah, that's because Mustafa al-Kahmini is a puppet for Moqtada.  When Moqtada's cult 'protests,' he orders a stand down so that Iraq's security forces won't harm a hair on the head of the zealots and let those men dry hump one another in the Parliament all night.

Medical and security sources told the Reuters news agency that the scuffles left some 64 people wounded, 26 of whom belonging to the security forces. Thirty-eight of the hundreds of protesters who took to the streets were hit by rubber bullets.

Some protests were also reported in the provinces of Basra and Nasiriyah. This year's protest anniversary comes at a turbulent time in Iraq, with tension between its rival Shiite blocs bringing the state to the brink of a civil war on more than one occasion. 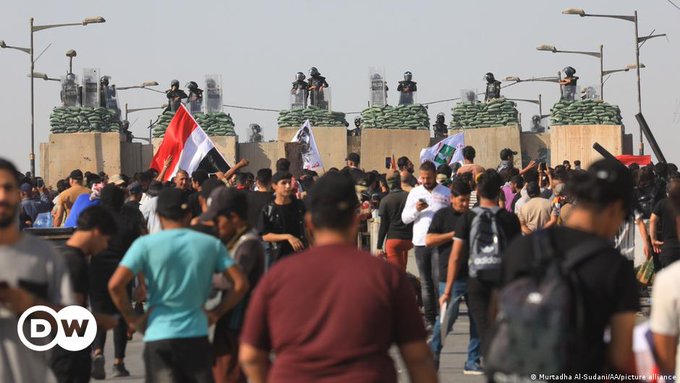 On 3rd anniversary of 2019 anti-corruption protests, scuffles between police and demonstrators break out in several cities in Iraq leaving hundreds injured

Iraqi security forces have fired teargas and stun grenades to disperse stone-throwing protesters in clashes that wounded scores of people near Baghdad’s Tahrir Square, where hundreds marked the anniversary of anti-government unrest in 2019.

At least 86 people were wounded on Saturday, about half of them members of the security forces, and 38 protesters were hit by rubber bullets.

Security personnel had deployed checkpoints across the city, closed bridges and squares, and erected walls across some of the bridges leading to the fortified Green Zone that houses government headquarters and foreign embassies.