Mosul -- the slog of the never-ending war


19 days after the operation on Mosul started, it still continues.


19 days later and it's still not wrapped up.

But, again,  no criticism is allowed.  If you offer any criticism, CNN's 'objective' 'reporter' Elise Labott will scream "NO!" in the middle of a press conference -- as she did last week when a reporter referred to the Mosul operation as a slog.

Elise Labott is among those 'reporters' who've gotten far too close to their subjects.

So close that "alienation of affection" could probably be a charge against her.

The operation's creating more refugees but we're really not supposed to notice that either.


Nor all the money being spent on this never ending war.

Criticl ‏@Criticl_me  12h12 hours ago
Before the Iraq war the US had a national debt of 5.6 trillion, now we're approaching 20 trillion dollars in debt, all from war. #politics
7 replies80 retweets74 likes


In fact, we're all supposed to pretend Barack ended the war.

When no such thing happened.


Is this how a war ended looks?


If the war ended, would the US Defense Dept have announced today:

Strikes in Iraq
Attack, bomber, fighter, rotary and remotely piloted aircraft, as well as rocket artillery, conducted 15 strikes in Iraq, coordinated with and in support of Iraq’s government:

-- Near Bayji, a strike destroyed an ISIL generator.

Haider Al-Abadi ‏@HaiderAlAbadi  11h11 hours ago
Pleased to meet with @masoud_barzani in Erbil tonight. Good cooperation is leading to success on the battlefield. Mosul plan is working 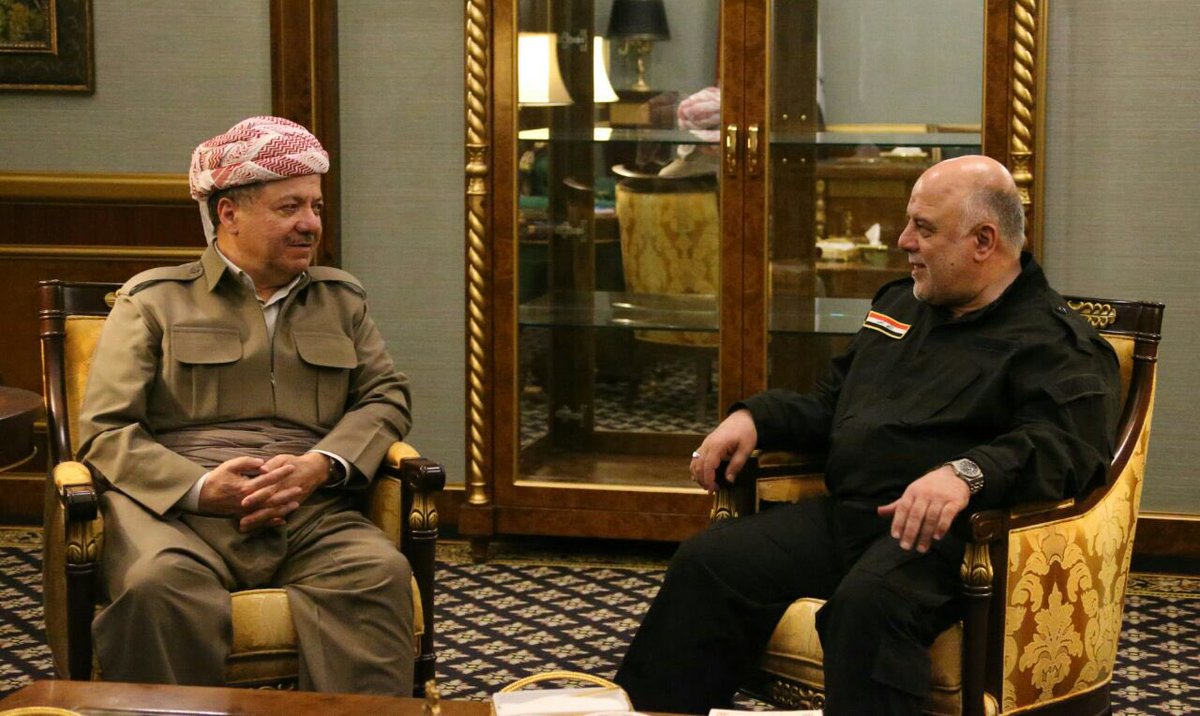 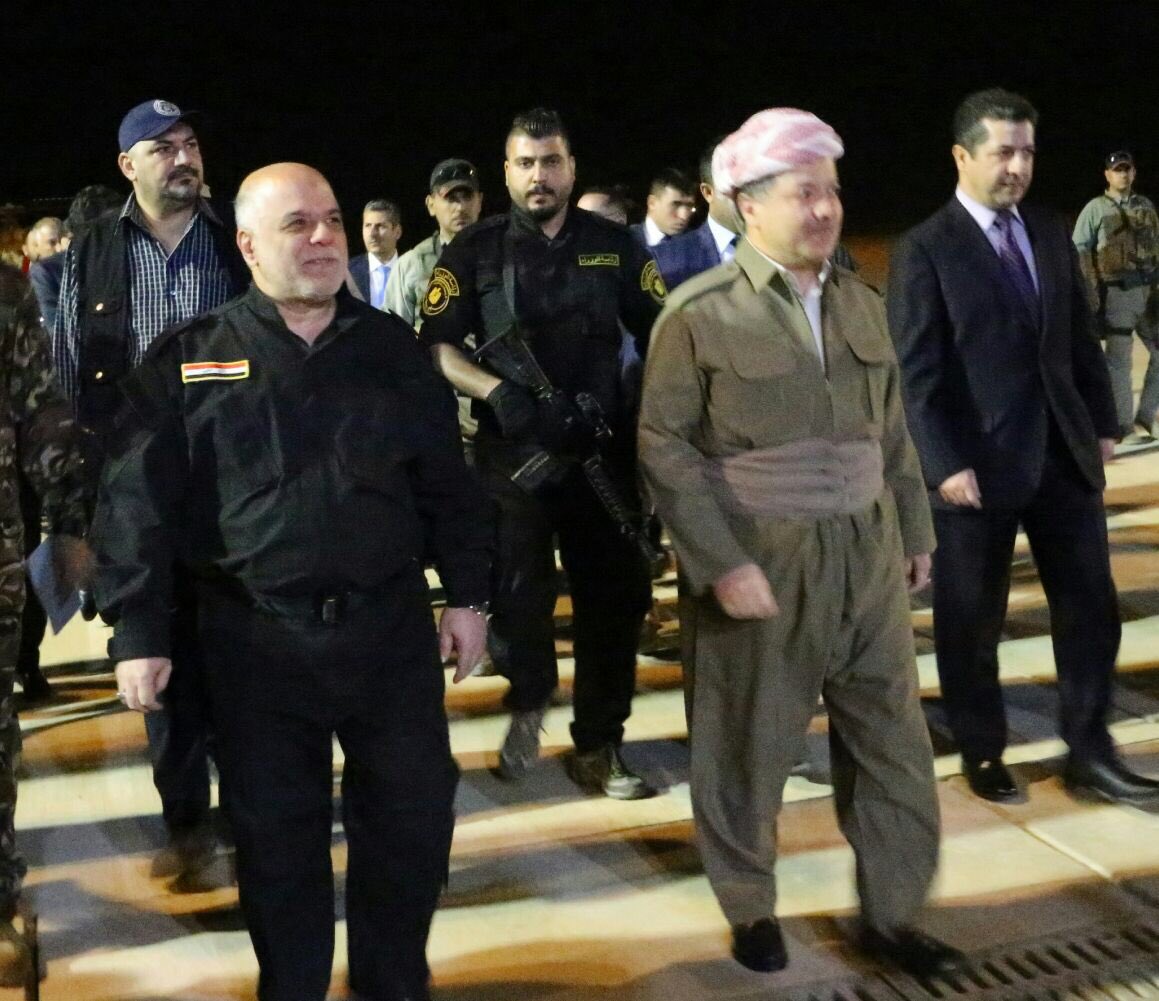 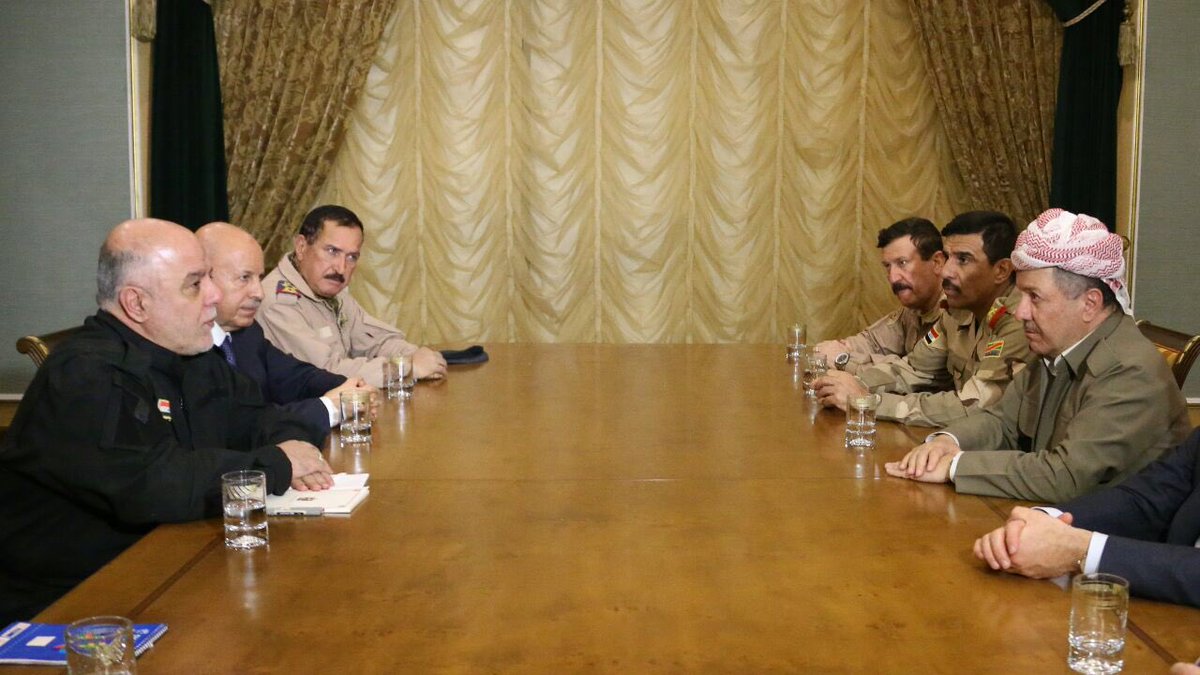 Many hope war will bring Iraq together.

And other issues are arising.

For example, chief concern among many Kurds is reflected by Tweets from various Kurdish officials.

As usual, the US State Dept didn't see what was taking place -- the rising tensions -- until far too late.

Possibly, the common enemy of Turkey might unite factions in Iraq in the manner that the Islamic State couldn't -- and hasn't.