Vague promises from a candidate -- how novel and different

I flew Apaches over Baghdad, ready to die for our country. In the wake of the SCOTUS decision to overturn Roe v. Wade, I will not standby while Americans’ right to have an abortion is ripped away. So for the love of God, vote this November. #BansOffOurBody
9:23 AM · Jun 24, 2022

Well we've heard that before.  We heard that throughout ROE's lifetime and people like you did nothing.  ROE died on Friday.  But it had been bleeding out for years thanks to whorish politicians.

So what are you going to do?

And don't say fight, Ashley.  You want people to vote for you, tell 'em what you're going to do.

Otherwise you're just another lying whore running for Congress -- and Congress has already met their quota of lying whores -- and then some.

You want people to vote for you, tell them what you're going to do.  And, Ashley, the reason people around the world are making fun of you on social media, is because you were stupid enough to say you were in Iraq fighting for America's freedom.  You weren't.  They are right to laugh at you.  Iraq was no threat to America.  And when you lie like that -- and deny that the US carried out abuse in Iraq, it makes it really hard to believe you about anything.  Including your undefined plan to 'help' if you get get into Congress.

Because, reality, the Democratic Party could codify ROE tomorrow if they wanted to.  Even Bernie Sanders says so:

"Six Supreme Court justices, including some who in their nomination hearings called the case 'important precedent,' today did exactly what the American people did not want and overturned Roe v. Wade," Sanders (I-Vt.) said in a statement. "This decision cannot be allowed to stand."

I don't want to hear your generalities.  Honestly, I don't even believe you if you tell me you'll do it next January.

If you want to prove you're going to do something, do it now.

If it matters, we can't wait six months.

In fact, by Dems in Congress refusing to do this right now, they are themselves endorsing a waiting period for abortions.

They either stand up and earn votes right now or just shut the f**k up because we don't need to their whorish promises anymore.

Speaking of whorish politicians,  Mustafa al-Kadhimi is in Jeddah and, when he's done in Saudi Arabia, he'll move over to Iran.  Why?  He's trying to look like a prime minister.  He's hoping the new faction now in control of Parliament will allow him to remain prime minister when his term should have ended last year.  Elections were held in October and the country still has no prime minister and no president. 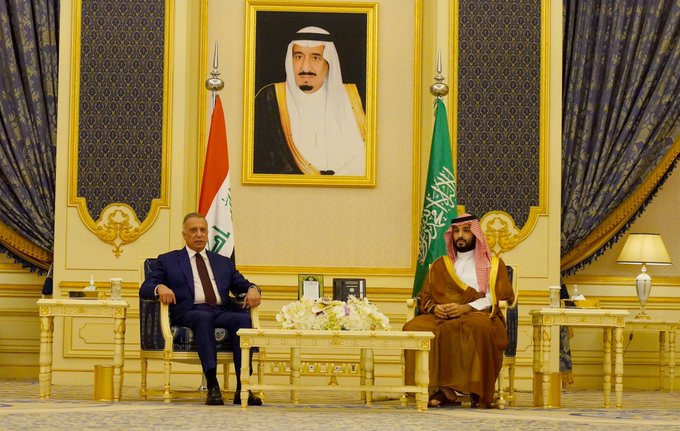 Ashely, since you're running for Congress, why don't you tell us what you'd do about getting US troops out of Iraq?  Cat got your tongue on that too?

Glenn Greenwald on Assange's Extradition - Is There Any Hope For Julian Assange?

Pete Buttigieg DOES NOTHING As Country Faces Worse Transportation Crisis In Decades: Writer

On the Web at https://www.blackcommentator.com

Our postal address is: