Another operation to 'liberate' Iraq

If only it were the early seventies and men's jump suits were all the rage.

Up next, Hayder costumed by Botany 500.

In #Baghdad tonight to consult with PM Abadi and other Iraqi leaders on upcoming efforts to destroy #ISIS in its last few pockets in #Iraq. 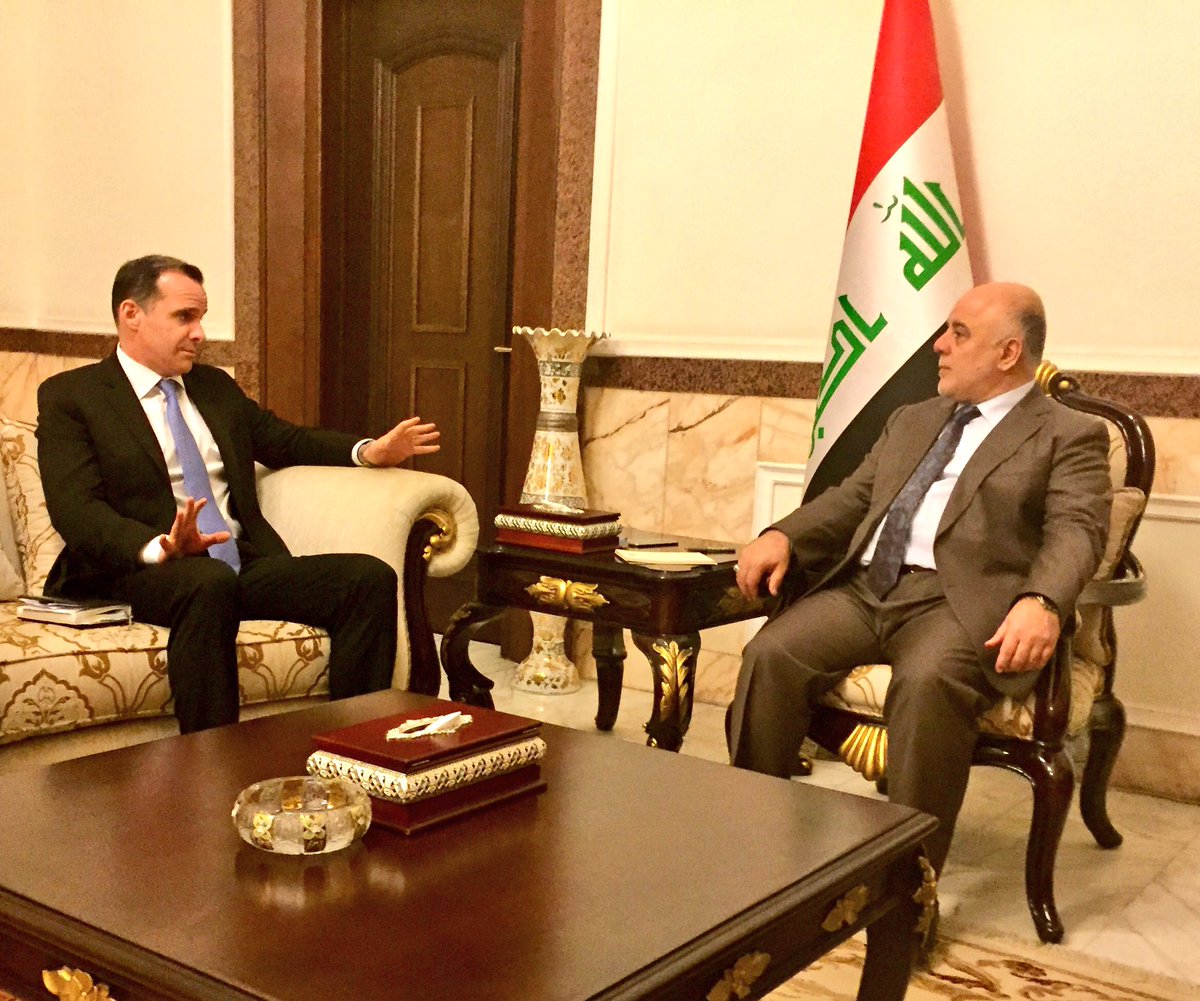 Replying to @HaiderAlAbadi
As we announce the start of operations to liberate Tal Afar we salute the heroic Iraqi forces who fight to bring victory, freedom and peace
9 replies58 retweets101 likes

Iraqi forces have launched a ground offensive to retake a key ISIL-held area in the northern part of the country, Prime Minister Haider al-Abadi said.
"You either surrender, or die", Abadi said in a televised speech announcing the operation early on Sunday.

He was addressing Islamic State of Iraq and the Levant (ISIL, also known as ISIS) fighters, who have been in control of the city since 2014.

It's already Sunday in Iraq.  REUTERS adds, "The city is surrounded by Iraqi government troops and Shi'ite volunteers in the south, and Kurdish Peshmerga fighters in the north."

In other news, Nouri al-Maliki is mad.  The former prime minister and forever thug taped a video he posted on his FACEBOOK account on Friday.  RUDAW reports he denied rumors that he had a heart attack on Thursday.

He called it "fake news."

Dionne Warwick's "Anyone Who Had A Heart" -- that would not include Nouri.

During his term, Iraq lost large parts of the country to the ISIS group in the summer of 2014, including Mosul, Iraq’s second-largest city.

Maliki said in a Wall Street Journal interview last year that he didn’t seek office again, but that Iraqis needed change, a hint at removing Prime Minister Haider al-Abadi after the ISIS operation, despite both being from the same party.

Kurdish officials say that one reason the United States wants the Region to postpone its plans to hold an independence referendum this September is to secure a second term in office for PM Abadi, which would be supported by the Kurdish voters.

The United State also wants Abadi to stay in power as they think this will lessen the Iranian influence in Iraq, Kirkuk Governor Najmaldin Karim told Rudaw on Wednesday.


Meanwhile what of Barack?  Barack gave Nouri his second term.

For eight months, Nouri refused to step down.  Barack has US officials in Iraq negotiate The Erbil Agreement which went around the 2010 vote and gave Nouri a second term.

Why'd you sell Saudi Arabia, the world's top funder and exporter of this very ideology, $460 billion in weapons then?