If Cindy and her family need to mourn the loss of a member, more power to them and they have my sympathies.  I have nothing to say about the private life of John McCain.

But as a US Senator, he was hideous and caused harm to the US and around the world.

August 19, 2008, Barack Obama declared, "Senator McCain was already turning his sights to Iraq just days after 9/11, and he became a leading supporter of an invasion and occupation of a country that had absolutely nothing to do with the 9/11 attacks, and that -- as despicable as Saddam Hussein was -- posed no imminent threat to the American people.  Two of the biggest beneficiaries of that decision were al-Qaida's leadership, which no longer faced the pressure of America's focused attention; and Iran, which has advanced its nuclear program, continued its support for terror, and increased its influence in Iraq and the region."

But John McCain the US Senator was a disappointment at best and a menace to the world at worst.

Some comments, Tweets, posts, articles are calling him out for the Vietnamese that he killed.

John killed many.  My sympathy for their families and friends.  But I don't blame John for that.

I don't blame Tammy Duckworth for destroying the lives of the Iraqi people.

That said, the US government told the lies and gave the orders.  I'm not going to blame the people who were (mis)used.

Having been used as canon fodder, you would think a person would develop some intellectual honesty.

Neither Duckworth nor McCain managed intellectual honesty.  Both embraced the authoritarian killing machine that harmed them and so many others.  Neither gained the ability to learn from experience.  Instead, they just identified upwards with their abusers and continued the abuse.

For that?  I blame them.

I blame John for his actions as part of the US government, as a member of the Senate who constantly screamed for war.  He never met a people he didn't consider worthy of death.  "Bomb bomb Iran," he sang thinking he looked cute and clever.

He just looked like the blood thirsty murderer he truly was.

He didn't just enable the Iraq War, he egged it on and, once it was started, he continued to egg it on. 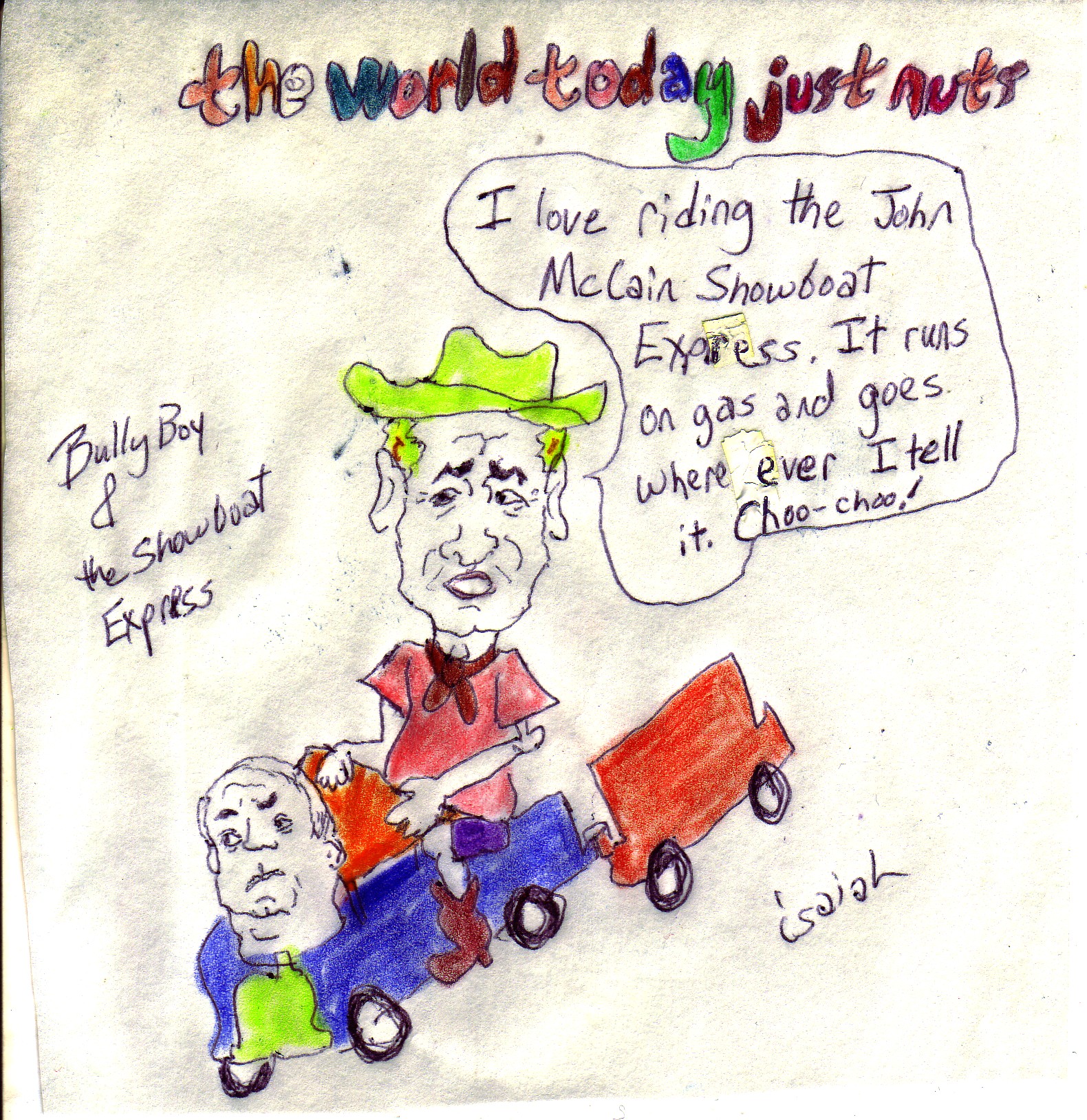 But John McCain was not partisan in the least -- when it came to war.  He was happy to cross party lines whenever any country and its people could be threatened.


He demonstrated that many times when Barack was president.  In 2013, Isaiah noted that he came to the president's aid in "Defending Miss Barack's Honor." 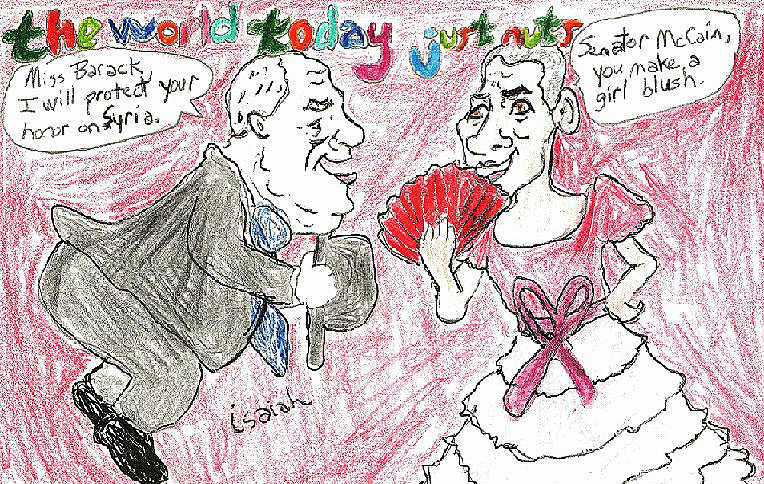 Whenever John McCain is trending I can't help but remember @AbbyMartin's timeless tribute to the Senator:
16 replies259 retweets455 likes

★ Revolution Books ★ Retweeted Sunsara Taylor
In 1967, John McCain was shot down during a bombing raid over Hanoi. He'd carried out 23 bombing missions. How many civilians killed? Q: What kind of system celebrates someone like this as “hero & “great man”? A: A system that needs to be overthrown at the earliest possible time.


Born to love?  When not calling people g**ks, right?

"I hate the g**ks. I will hate them as long as I live." #JohnMcCain

"Don't speak ill of the dead" applies to your aunt who died & had a drinking prob, not powerful elites whose decisions ruined people's lives
104 replies6,021 retweets9,999 likes 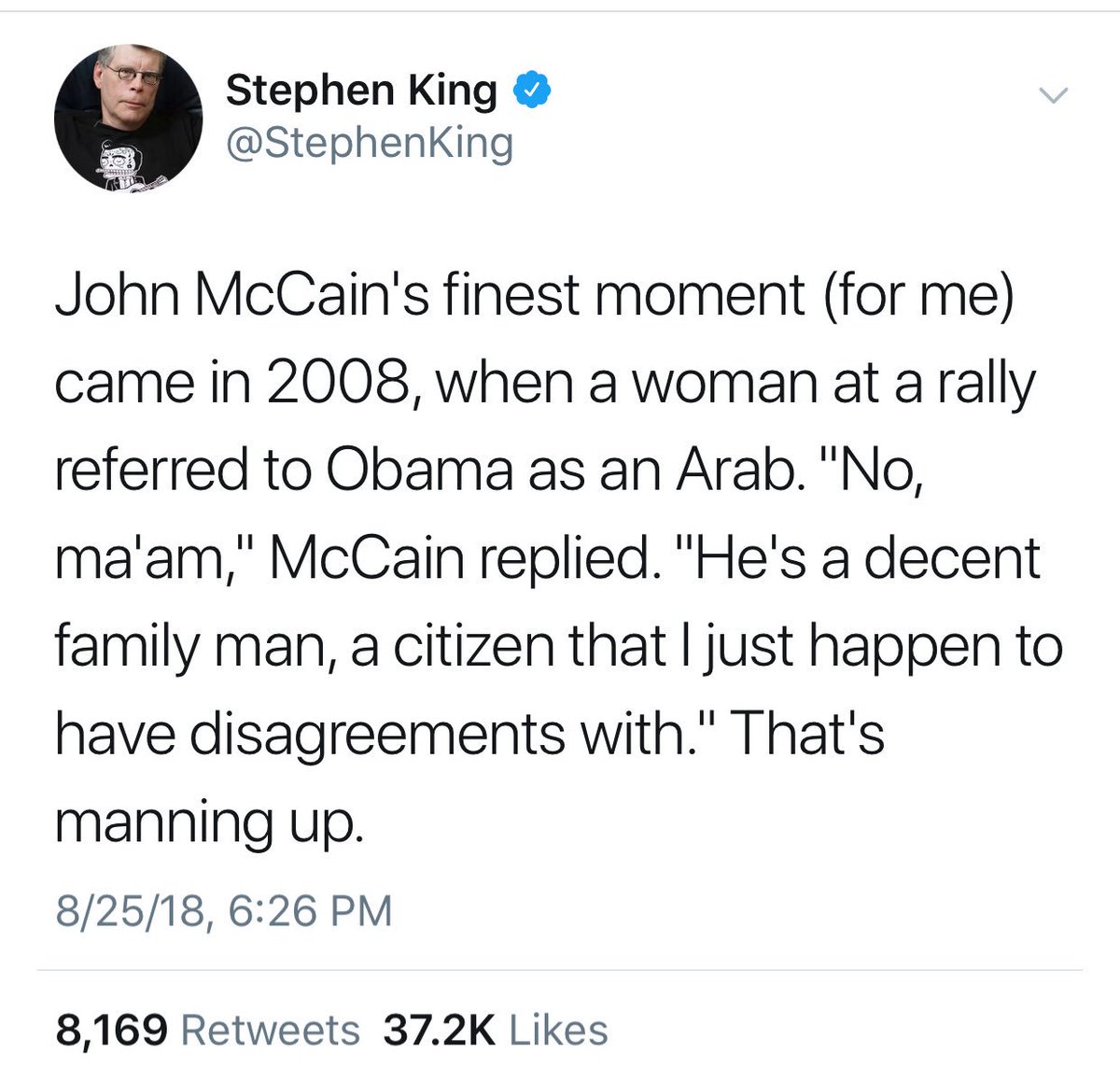 Do NOT Let Them Make A Saint Of This Asshole "By publicly disrupting the narrative of McCain’s sanctification, we make it harder for the war propagandists to manufacture consent for more war. It really is that simple." #JohnMcCain #McCain
212 replies1,369 retweets2,476 likes