US troops still stationed in Iraq, in case anyone forgot

“So many Americans serving our country in #Iraq. Here at our military hospital in Baghdad with some of the amazing medical team. An honor to spend time with you all. God bless.”~@GarySinise Every though I walk trough the darkest valley, I will fear no evil ~Psalm 23:4


US troops remain in Iraq.  The Iraq War never ended.

Yesterday, the US Defense Dept announced another US death in Iraq:

SACRAMENTO – On behalf of all Californians, Governor Brown and First Lady Anne Gust Brown honor Spc. Avadon A. Chaves, who bravely gave his life in service to our state and nation. The Governor and First Lady extend their deepest condolences to his family and friends at this difficult time.

In memorial, Governor Brown ordered that flags be flown at half-staff over the State Capitol. Spc. Chaves' family will receive a letter of condolence from the Governor.

Good for Jerry, he knows (unlike the governor of Texas) that it's important to issue a statement recognizing a death.  (As disclosed before, I know Jerry Brown.  And supported his 1992 run for president.)

In fact, she just Tweeted four hours ago:

But she can't take the time to note one of our state's citizens has died stationed overseas?

Considering she voted for the Iraq War -- voted for it -- she especially has an obligation to note the fallen.

Considering that she, the oldest person serving in the US Senate, is facing alarming poll numbers as she heads into a re-election race, you'd think she'd want to show that she remembers Californians.  But Dianne doesn't, does she?

She starts wars and then can't even be bothered to note when a Californian dies in those wars.

Sister Emerald Chaves said her brother decided to join when recruiters visited his junior high school. She said before he left for the Army his bedroom had posters of the military and a huge U.S. flag.
Avadon Chaves was the youngest of five siblings and the only son and was raised by a single mother. He was born in Modesto and spent his early years here before his family moved to Turlock, where he attended elementary school, junior high and high school. His family moved back to Modesto about a year ago.
His family said he was funny and could be sarcastic but was kind and loving and a devoted Christian. They said he doted upon sister Vivian Marquez's six children and wanted to have his own family. He and his wife, Tesa, were married in June.

If Barack had kept his promise (which Samantha Power explained wasn't really a promise -- but the US press ignored that, didn't the?) and ended the Iraq War.


US troops will remain there until the day comes (if it ever comes) that the Iraqi people accept whomever the US installs as the leader of Iraq.


That acceptance never happens but fools like to pretend it will happen some day, some way.

JUST IN: Federal judge orders that ACLU gets "immediate and unmonitored access" to unnamed American detainee in Iraq. Also, DOD barred from transferring the detainee: https://www.documentcloud.org/documents/4336081-ACLU-v-Mattis-Dist-Ct-Opinion.html … 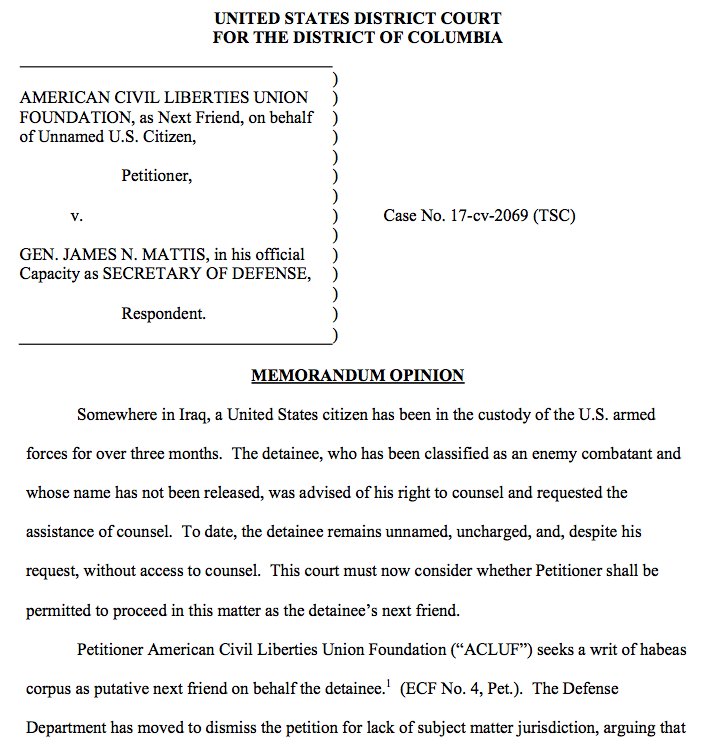 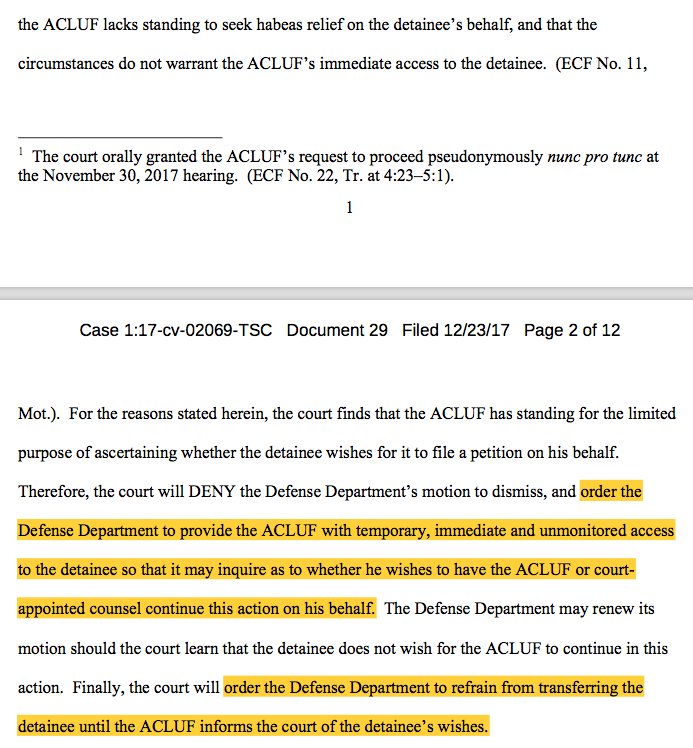