Iraq -- populated by the 'uncivilized' a CBS 'news' reporter offers

In Iraq, security measures are high as the annual pilgrimage marking the Iman Musa al-Kadim's death in the eighth century.

Moving over to BBC's Lyse Doucet, the British journalist has won an award.  Her colleague Laura Maciver Tweets:

I’ve never been prouder to work for BBC News, and never been more certain of its value, than I have this week.
@bbclysedoucet
and every brave presenter, reporter, producer, editor and camera operator, thank you and stay safe. 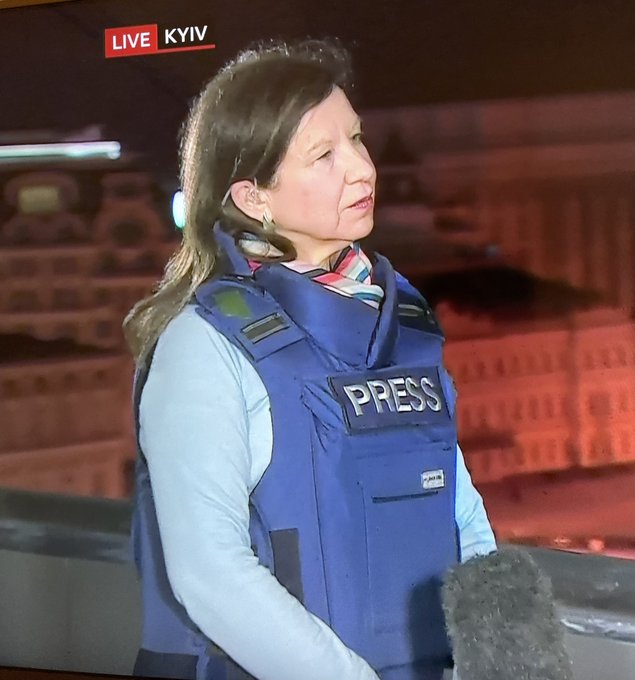 Commenting on the award, Djunaid Tweets:

The 2022 Shifa Gardi Award was awarded to BBC journalist Lyse Doucet in a virtual ceremony for her reporting from front lines and war zones.

“How I wish I could be in Erbil today, but I’d also like to think that if Shifa was alive, and how we all wish she was, that she would be here today too, with all of her colleagues,” Doucet said in a video recording sent to Rudaw from the Ukrainian capital of Kyiv, where she is currently reporting on the Ukraine-Russia conflict.

“If anyone knows about what it’s like to live in a war which never seems to end, of living with powerful neighbors, and the importance of independent journalism – it is the Kurdish people,” Doucet added.

The award honors the memory of Rudaw journalist and news anchor Shifa Gardi who was tragically killed in a bomb attack in Mosul while covering the carnage of the Islamic State (ISIS) on February 25, 2017. It highlights the talent of female journalists on the front line who
bravely report and bear witness to realities that are often underreported.

Lyse is not the only foreign correspondent in the news cycle.  Ben Kesslen (NEW YORK POST) reports on Charlie D'Agata:

A senior foreign correspondent at CBS News apologized Saturday after he said on air that the war in Ukraine can’t be compared to those in Iraq and Afghanistan — because the Eastern European nation is more “civilized.”

Correspondent Charlie D’Agata was reporting from Kyiv, Ukraine when he said Friday that Ukraine “isn’t a place, with all due respect, like Iraq or Afghanistan, that has seen conflict raging for decades.

“This is a relatively civilized, relatively European — I have to choose those words carefully, too — city, where you wouldn’t expect that or hope that it’s going to happen,” he continued.

D’Agata issued an apology on the broadcaster’s streaming network Saturday, after his comments went viral — racking up more than 1.5 million views on Twitter — and were swiftly condemned as racist and historically inaccurate.

At THE WRAP, Harper Lambert notes:

“‘Relatively civilized, relatively European': when the white dude reporter knows he’s being kinda racist but carries on anyway. Whew,” she wrote. “Can we please diversify news coverage and get rid of this crap. Please.”

CBS News’ Charlie D'Agata said unlike Iraq and Afghanistan, Kiev/Ukraine is civilized, it is European. Journalist & former UK politician Daniel Hannan (Tory) writes “they seem so like us”. The quiet part is being screamed everywhere. Take note & don’t forget it. 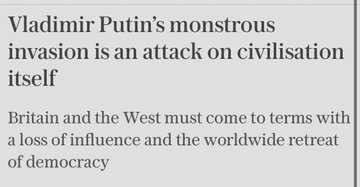 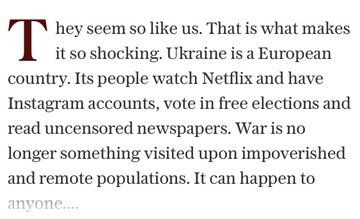 “It is very emotional for me..I see European ppl with blond hair, blue eyes, children being killed..” David Sakvarelidze, former Ukrainian deputy prosecutor. Appeals for humanity based on phenotype in the midst of ‘protect civilization’ discourse is..
28.4K views
0:09 / 0:27
5:06 PM · Feb 26, 2022
Want to acknowledge that being a Ukrainian is an ethnicity and a nationality ie Afro-Ukrainians. These appeals - whether from journalists or politicians - hurt Ukrainians, rely on dehumanizing others & should be pushed back against ..especially by journalists.
5:07 PM · Feb 26, 2022

Hi it’s me Almas from uncivilized Afghanistan logging from civilized Oceana, so even more civilized from all of USA. Shame Charlie D’Agata.

is this the type of ignorant bigots you hire? Do better.

#CharlieDAgataRacist #CharlieDAgata Charlie D'Agata's apology... He did not compare conflicts, he compared people... the civilized whites vs the non-civilized browns. Europeans good Middle Easterns bad. We got the message, charlie.

On the electionfront, there is news.  No, Iraq does not have a prime minister or a president yet -- this despite holding elections on October 10th.  No, the political stalemate continues.  But the Kurdistan Region has announced it will hold elections October 1st.  Here's the press release the KRG put out:

President Nechirvan Barzani signed a decree on Thursday which sets the date to hold the parliamentary elections in the Kurdistan Region of Iraq.

The decree reads that in accordance with the 2005 Law Nr. 1 of the Amended Law of Iraq’s Kurdistan Region Presidency, October 1, 2022 is set as the date for the Kurdistan Region’s 6th Parliamentary Elections.

The decree also says that the relevant authorities including the parliament, the government and the Independent High Electoral Commission of the Kurdistan Region, should start the necessary preparations to hold the election process.