The establishment wants the Iraq War to continue

Former Secretary of State Condi Rice is getting some attention.

Justin Raimondo ‏@JustinRaimondo  6h6 hours ago
Justin Raimondo Retweeted Frances Townsend
"We don't want the smoking gun to be a mushroom cloud." - Condi Rice telling us why we have to invade Iraq. Own it, Ms. Townsend.
Justin Raimondo added,

Frances Townsend @FranTownsend
Having stayed out of the 2016 race today @CondoleezzaRice denounces @realDonaldTrump as unfit to be President.
24 retweets26 likes


My own personal favorite Condi Rice statement would be the "No one could have guessed" testimony at the 9-11 hearings and how she was then forced to provide the name of the August 6, 2001 Presidential Daily Brief "Bin Ladin Determined To Strike in US."

No One Could Have Guessed Condi.

She's one to go to for advice, right.

No apology will make up for those words -- but the words that led to the Iraq War -- the words that were lies -- from his own family requires no apology.


The Bushes, Condi, these are people to listen to?


David SirotaVerified account ‏@davidsirota  Oct 6
David Sirota Retweeted Joshua Benton
Woulda been better for the change to have happened before NYT and others started printing WMD lies in the lead up to the Iraq War
David Sirota added, 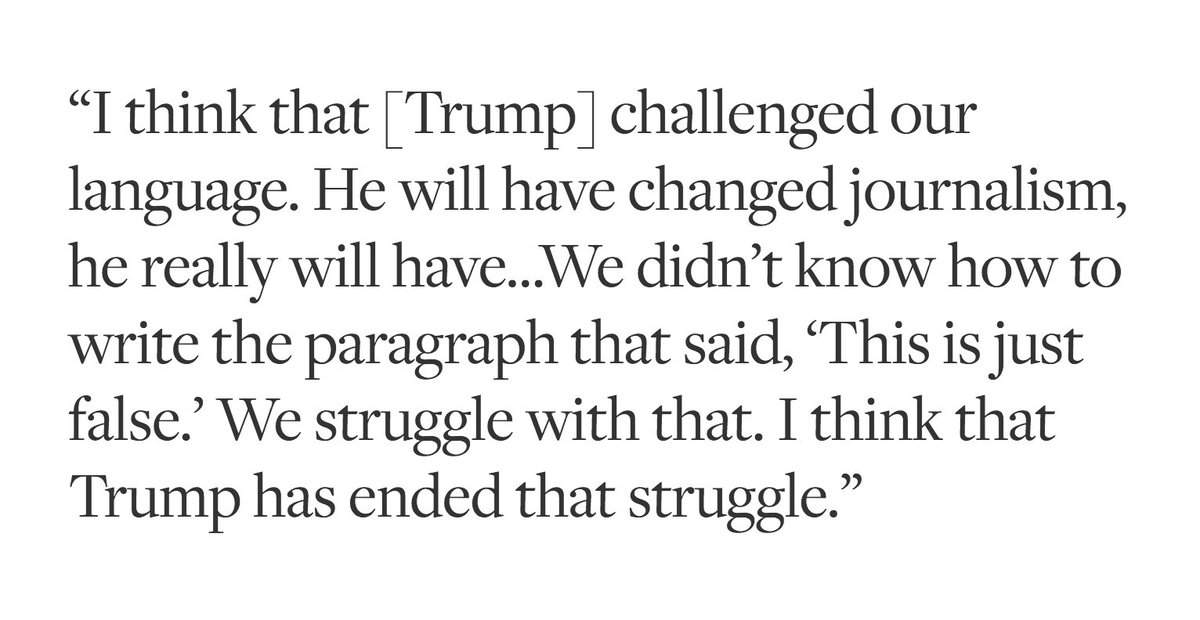 Nothing has really changed.  Sirota might develop that point later on -- a Tweet doesn't allow for much more than an immediate response -- but this isn't a "change" for NYT at all.

RockPrincess ‏@Rockprincess818  9h9 hours ago
The hatred of Trump is from all the criminals who have given us: Iraq, Nafta, TPP, Libya, Syria, Afghanistan & Russiaphobia. #StandByTrump
985 retweets1,192 likes


The establishment does not want Donald Trump.

The establishment that wanted war, the corporate media and all the war mongers who rally around Hillary today, and NYT -- as part of the establishment -- provided lies for war.

In 2007 and 2008, the corporate media did not want US House Rep Dennis Kucinich to be president.

So they trashed him for believing in UFOs.

I loathe Dennis, but we defended him.

That's not in dispute if you're intelligent.

If you're intelligent, you grasp that Unidentified Flying Objects have been sighted.

That doesn't mean they're alien spacecraft.

It just means, whatever they are, they are unidentified.

Yes, Dennis' beliefs go beyond that.

But in his remarks, in that debate, they did not.

But noted alien believer John Podesta can advise Hillary and she can flirt with the alien abduction crowd publicly by promising to open up this or that file and no one's ridiculing her.

The establishment -- a pro-war coven -- does not want Donald Trump.

So they do not feel that rules of fairness apply.

It's not a change.

They've done this to destroy so many people in the past.

H. Ross Perot has always maintained they weren't fair to him and he's probably got some validity with that view.

Tom Cruise's ridiculous moment on Oprah all those years ago did not help him.  But there was an orchestrated effort to bring him to heel by the establishment.

(We never made a joke about Tom during that period.  He survived it.  I am friends with Paula Wagner, as I noted when this was going on, but I don't like Tom.  My liking or disliking him did not stop me from noting here and at Third that what was being done was a corporate attack.  Very similar to the one that 20th Century Fox used on Marilyn Monroe when their ineptitude and stupidity nearly destroyed the studio and they needed a scapegoat.)

Donald's treated unfairly because the Rices and Bushes and the rest have made clear that they disown him -- just as he's made a point to condemn their Iraq War.

And they love her.


Just like they love the Iraq War and want to keep it going.

James Traub's piece for FOREIGN POLICY makes that clear -- read to the end.

It's a cute bi-partisan call to more war.

So cute, many may miss it.

I think the cutest thing, though, is pinning Nouri's second term on Iran.


The cutest and the most dishonest.

But then the people who brought -- and continue to bring -- you the Iraq War have never been known for their honesty.

So they trash Donald Trump and they ridicule Jill Stein and Gary Johnson as they try to pimp the notion that you only have one choice and must vote for Hillary Clinton.

Green Party US ‏@GreenPartyUS  Oct 5
“I think (Hillary's) dishonest, and I don’t think she has the interests of working people at heart. Vote for Jill Stein.” -Viggo Mortensen 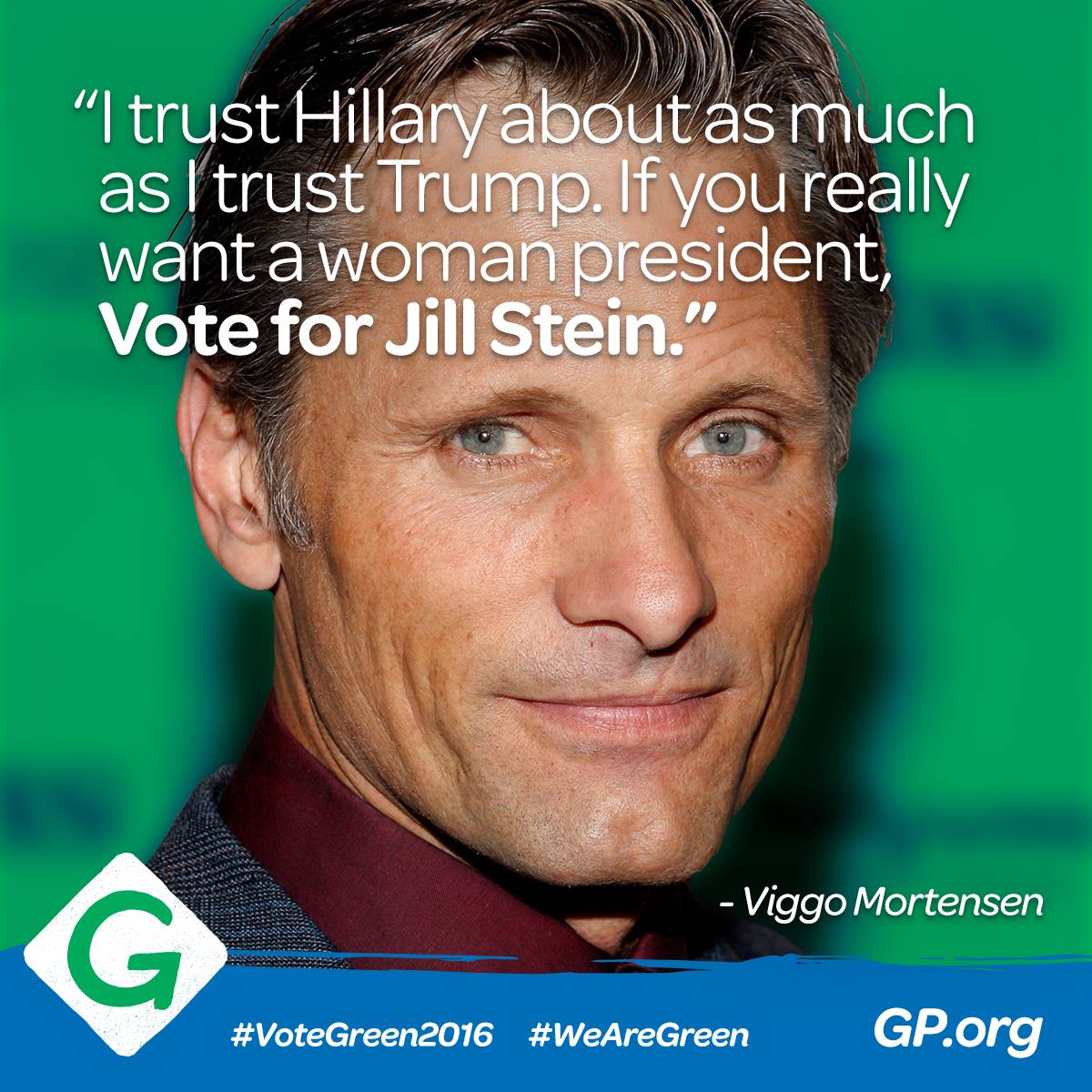 The e-mail for this site is common_ills@yahoo.com.