You might be useless piece of s**t on Twitter if you reTweeted (yesterday or today) about Moqtada al-Sadr's march against US troops while ignoring the four-months-plus ongoing protests.  They're the ones who need the global attention.  They needed it before now, they need it desperately now.

Steven Nabil‏Verified account @thestevennabil 4h4 hours ago
After 117 days of brutal crack down, political maneuvering against them, 600+killed and thousands of wounded protesters, this us what happened today. The global community has not supported much in pressuring the Iraqi govt to stop the violence against protesters.#iraq #Baghdad
/>
0:12
5,377 views
27 replies104 retweets651 likes


Samya Kullab and Qassim Abdul-Zahra (AP) report that at least 4 protesters are dead in Iraq today as they've been attacked by security forces who have "set fire to protesters' tents" as a result of Moqtada al-Sadr withdrawing his support from them.

Steven Nabil‏Verified account @thestevennabil 7h7 hours ago
Protesters chanting what seems to be a response to Al-Sader “the one sitting in Tehran” , they blame him for leaving the protest squares in Basra and Other cities which was followed by an attack from the security forces #Iraq
/>
0:46
6,871 views
27 replies134 retweets937 likes

Al-Sadr withdrew support after tens of thousands of his followers staged a separate anti-US rally Friday in a nearby Baghdad neighborhood, which most anti-government demonstrators didn't attend.  A spokesperson for the cleric said the protesters insulted those participating in the anti-US rally and even obstructed access to the one in southern Iraq.


Muhanned Rouabie, 42, is an unemployed engineer from Baghdad who is taking in the part in the protests. He told Middle East Eye that protestors had tried to keep riot police away from protest areas after they had torched his tent in Khilani square.
“The government used all means to subdue the protests but they are failing. We will return to where they burned our tents and keep protesting," Rouabaie said.
“If necessary, we will carry a weapon against anyone trying to attack us again. We will continue until we change this corrupt political class.”


“There is pressure from Iran over the Baghdad government to end the protests as it is in their interests, and Iran has forced the Iraqis to kill their own people and silent us. But we will never boy them." 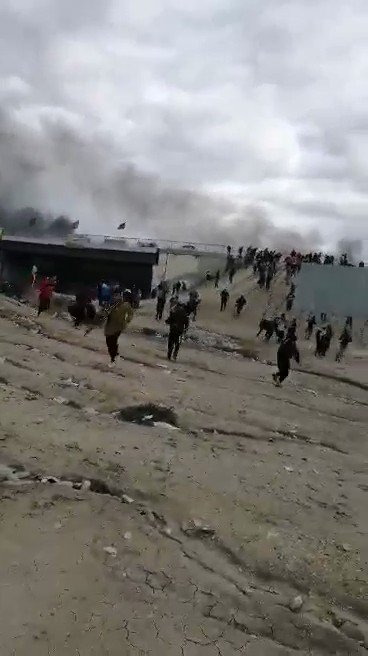