US troops threatened by the Iraqi military, no reform, no real reconstruction


That's certainly needed, ending regime change wars.    The Iraq War continues all these years later.  Why?  No one really wants to say.  Some want to pretend they care about US troops.  But they don't care enough to demand they come home?  They don't care about their safety.

Baxtiyar Goran‏Verified account @BaxtiyarGoran
Iraqi security forces dismantled 3 GRAD missiles aimed at Ain al-Assas military base in Anbar. US troops are stationed at the base. #Iraq 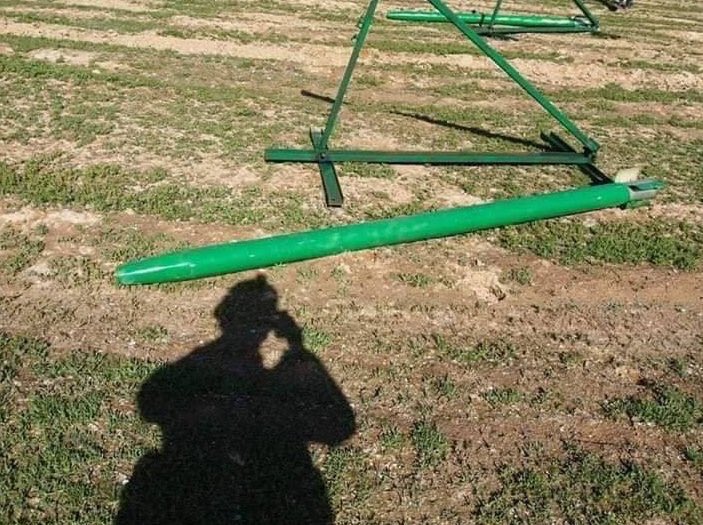 
Members of the Hashd al-Shaabi, the Iranian-backed Shi’ite militias in Iraq, warned US troops against “provocations” near Mosul in a video posted over the weekend. US troops on patrol in eastern Mosul were confronted by gunmen who monitored their movements and put an armored jeep across their path on a road.


Iran’s Press TV boasted on Saturday that “Hashd al-Shaabi stop US military patrol in Iraq’s Mosul.” The Hashd are also called the Popular Mobilization Units and are a group of militias that have grown in the last several years in response to the ISIS attack on Iraq in 2014. Some of the militias, such as Badr, have deep roots in Iraq and leaders who fought alongside the Iranians during the Iran-Iraq war. Others, such as Qais Khazali’s Asaib Ahl al-Haq, were once considered terrorist gangs that targeted US troops and Sunnis in Iraq after the US invasion of 2003. Khazali was once held at Camp Cropper and went to Lebanon in December 2017 where he threatened Israel. The PMU in Iraq increasingly play a similar role to Hezbollah in Lebanon, with armed militias and members of parliament. The Fatah Alliance, led by Badr’s Hadi al-Amiri, came in second in the May 2018 Iraq elections.

These tensions have now boiled over in Mosul. US soldiers on patrol near the once-swank Nineveh International Hotel, found a street blocked by PMU vehicles. PMU members holding their rifles pointed skyward looked at the Americans. A helicopter circled in the background, landing at an Iraqi base nearby. The Americans share the base with the Iraqis, according to locals. It was only their first or second patrol in this particular area, sources told the Middle East Center for Reporting and Analysis (MECRA), which published reports of the confrontation. Kurdistan24 reported that the US forces had air support during their patrol.


So Iraqi forces -- that's what the militias are thanks to the actions of the previous prime minister Hayder al-Abadi -- are now threatening US forces.  Why are US troops still in Iraq?

As Turkey expands its operations against the Kurdistan Workers Party (PKK) in the region, its troops in northern Iraq are facing, for the first time, violent protests by local Kurds, who are infuriated over civilian casualties in the air raids.
Bombings in the Deraluk region on Jan. 23-25 claimed six lives, bringing the civilian death toll from Turkish airstrikes to more than 20 in the past two years. On Jan. 26, angry relatives stormed a Turkish military base in Dahuk province, setting fire to two tanks, tents and equipment. The crowd called on Turkey to end the strikes and respect Kurdistan’s sovereignty, while also urging the PKK to leave the region. Things got out of hand as soldiers opened fire on the crowd, killing two protesters, aged 13 and 60, and wounding 15 others.


The violence continues in the ruins of Iraq.

Margaret Griffis (ANTIWAR.COM) notes other violence including, "A video released by ISIS purported to show the execution of three villagers kidnapped from Hafta Ghar."

Where is the reconstruction?

The UK gave £33m in January to help communities in Iraq hit by IS, but as Britain hands out more aid, what is being done to repair and restore the devastated landscape?

It took nine months for a coalition of Iraqi soldiers, other militia and a US-led task force to dislodge IS from Mosul - a significant part of a longer war to eject the militant group from Iraq.
During nearly four years of conflict between IS and Iraqi forces, the US alone carried out more than 9,000 airstrikes and dropped more than 65,000 bombs as they tried to oust fighters from the towns and cities across the north and west of the country.


The damage to the old city of Mosul alone was estimated at $1bn (£760m). Between 50% and 75% of public buildings in the city of 1.4 million were thought to have been destroyed.
The UN says it has been told of about more than 56,000 dwellings across IS-affected areas, which go far beyond Mosul, that are in need of repairs or replacement.


Iraq's Prime Minister Adel Abdul Mahdi has been in power since last October.
When he was appointed, he gave parliament 100 days to end its deadlock and begin implementing much-needed reforms.

That deadline has come and gone and some Iraqis say Abdul Mahdi hasn't done enough.