Yesterday, protests took part in Basra, they have been taking place since July.

#Protests in #Basra against lack of services and jobs and rampant #corruption have been continuing for months. Coverage recently reached a global audience after they adopted the 'yellow vests' movement hi-viz approach. Will this lead to action from the @IraqiGovt ? #YellowVest 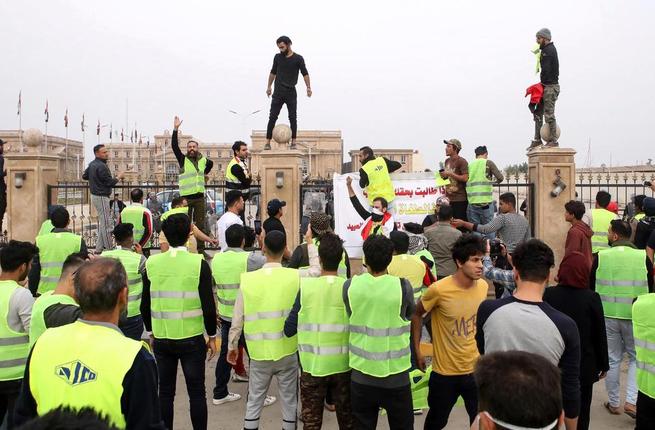 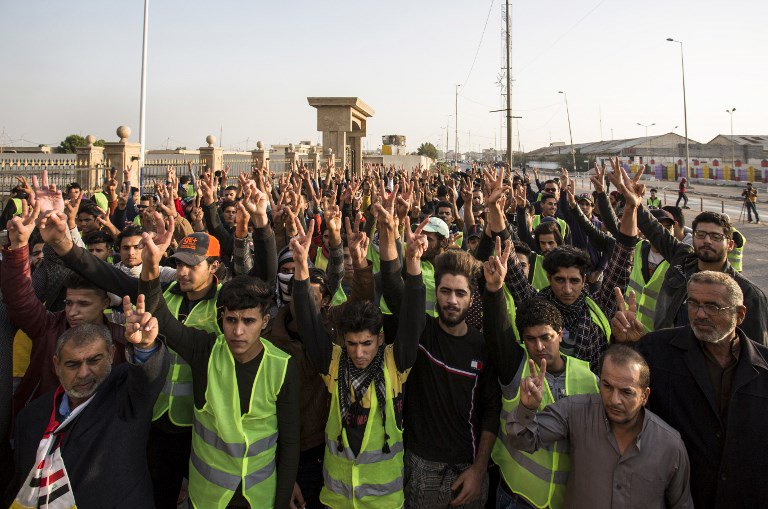 Nazlı نازلي Tarzi Retweeted FRB-I
Still, why is it only now that heads are turning? Friday protests have become one of #Basra's distinguishable trademarks. But, to what extent can one argue that protests in France inspired Iraqis living in the worst-off province, where inequality is most pronounced, to stand-up..
Nazlı نازلي Tarzi added,

FRB-I @FRBIU
#Protests in #Basra against lack of services and jobs and rampant #corruption have been continuing for months. Coverage recently reached a global audience after they adopted the 'yellow vests' movement hi-viz approach.…
0 replies1 retweet0 likes


There are many reasons the people of Basra are protesting.  There are not enough jobs in Basra, one reason.  A second reason, the lack of services.  This includes potable water.  Over 150,000 people -- Iraqi government figures -- have been hospitalized in the last months because they drank the water.  They are protesting for the release of peaceful demonstrators who have been arrested.  They are protesting the corruption in Iraq.

Poverty across Iraq caused by years of war, compounded by corruption and economic crises, has led to the rise of a black market in organs that has grown in recent years.
Young men such as Mohammad, unemployed and desperate for money, are wooed into selling their organs via networks of shadowy dealers and middlemen in Baghdad and other cities.
Mohammad said he offered his kidney for sale through an online network disguised as a charity. He had to travel to Sulaymaniyah for the surgery, which took place covertly in the shabby ward of a private hospital.
“I was afraid and wanted to cancel the deal but I was threatened and forced into surgery along with a young woman, who must have been the receiver,” he said.
Mohammad said he gets regular messages and calls warning him against revealing what happened to him.
Hundreds of Iraqis are believed to have sold kidneys and other organs through dealers in the past few years. About 23% of Iraqis live in poverty, meaning they survive on $2.20 a day or less, Index Mundi stated.

A protest took place today in the Kurdistan Regional Government, specifically near Dohuk where the government of Turkey has set up a military camp.  Kurdish protesters arrived.  At some point, they were shot at with one left dead and others injured.  REUTERS reports:


A Kurdish official in the region of Dohuk said the crowd was demonstrating over a recent Turkish air raid that killed four civilians. The official did not want to be named.
A second Kurdish official, who also did not give his name, said Turkish troops at the camp in Shiladze, east of Dohuk, had initially shot at the protesters and then left the camp.
Kurdish security forces are trying to control the situation, he said.

The rumors of my demise have been greatly exaggerated… obstacles and adversity fuel our potential. Here’s my first audio podcast… 2 hours to get things started, so much vital info to share while on the trail of our missing trillions… ((Listen Here))
* You can read the full transcript on my new website.
You can also listen to the podcast on my new YouTube channel.

It has been an incredibly challenging past few months. I've had to overcome serious obstacles. Hope you can find some time this weekend to listen to this.
I'm excited to be back in action!

If you appreciate my work, please subscribe or make a one-time donation. Every dollar helps keep me reporting...

I'll try to give David his own entry tomorrow (I can't tonight, this is the last thing to go up tonight).


I saw that you mentioned http://www.indexoncensorship.org/2011/12/turkey-40-journalists-arrested-in-alleged-terror-plot here http://thecommonills.blogspot.com/2011/12/iraq-snapshot_30.html and I wanted to share my gratitude concerning your work on preventing internet censorship.
I want to suggest you share an important guide which came out last week, I found it was very thorough on internet censorship:
https://www.wizcase.com/blog/ultimate-guide-internet-censorship/

If you can add it to your page, as well as share it over social networks, it would be helpful!
Once again, thanks for helping us!
Lora Darwin
Partnership manager @ SecurityPrivacy.org