Protests continue in Iraq as the dinar is devalued

The protest of Diwaniyah engineers is continuing in front of the branch of the Oil Products Distribution Company in the Qadisiyah Governorate To claim their rights and to be appointed in the Ministry of Oil. 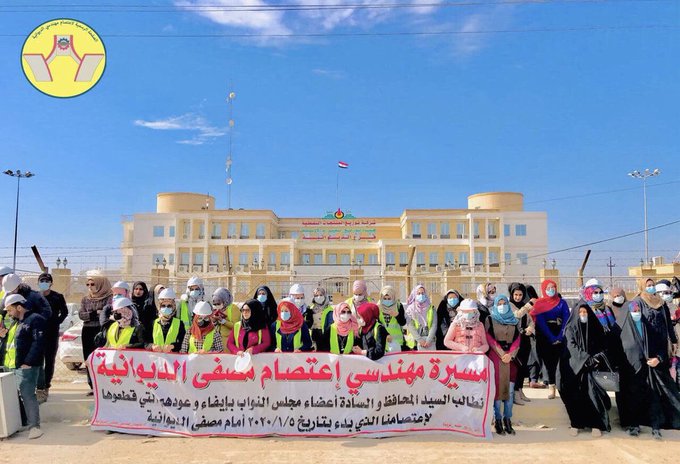 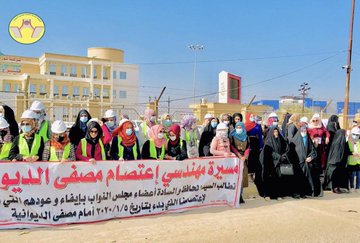 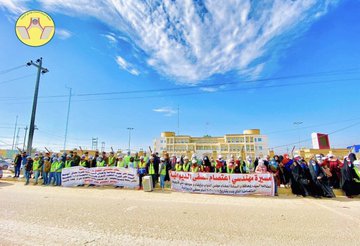 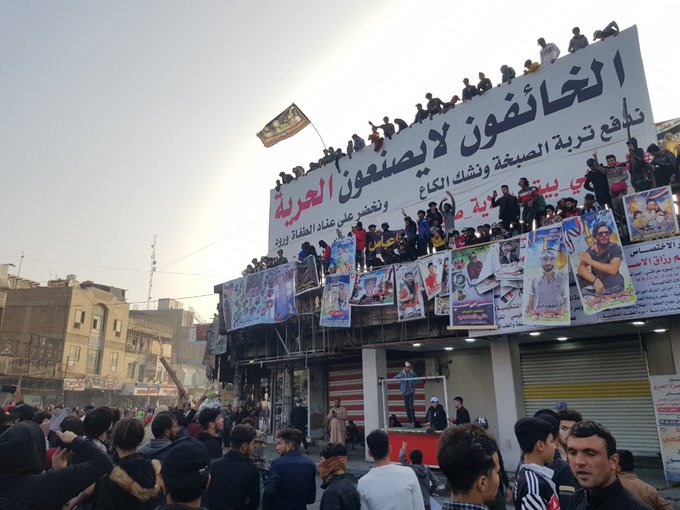 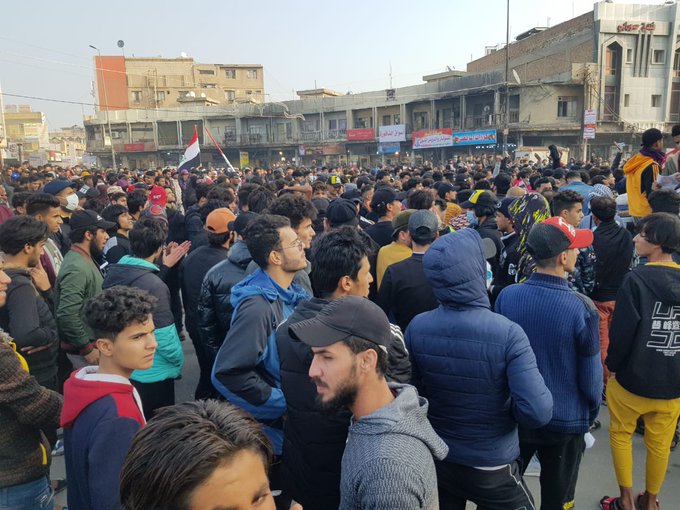 Another protester has died:

Akar Jabar, a 16-year-old who took to the streets of Said Sadiq during anti-government protests, was shot during a demonstration on December 8. He was in critical condition for nine days at Sulaimani’s Shar hospital and passed away on Thursday, Diyari Rafiq, mayor of Said Sadiq, told Rudaw English.

The mayor confirmed that Jabar is the second protester killed by security force gunfire in Said Sadiq protests.

Angry over months-long delays in receiving their salaries, civil servants and their supporters staged large protests in the city of Sulaimani, beginning on December 2. The demonstrations quickly spread to other areas of the province. Security forces were deployed in large numbers and used tear gas, live and rubber bullets, and water cannons to end the protests.

Iraq devalued its currency by about 20% against the dollar, the biggest cut on record, as the cash-strapped government faces an economic crisis brought about by low oil prices and crude-production cuts.

The central bank reduced the official rate to 1,450 dinar per dollar, the first devaluation since 2003, it said in a statement. That’s from about 1,190 previously. Dollars will be resold to local banks at 1,460 dinar apiece.

XINHUA adds, "The CBI attributed the decision to the financial crisis that resulted from the decline in oil prices and the coronavirus pandemic, which led to a large deficit in the state budget, forcing the government to borrow money from banks to pay salaries and to cover other expenses, according to the statement."  What does this mean?  MIDDLE EAST ONLINE explains, "A devaluation would give oil-rich Iraq, which imports nearly all of its goods, more dinars in hand to make urgent payments. But setting a new rate has been a delicate balancing act to satisfy the government's needs for liquidity without impacting the average Iraqi." 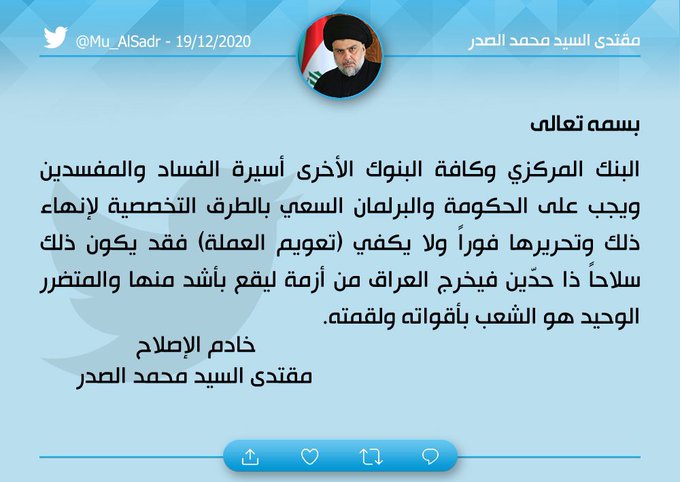 Moqtada dismisses the banks in Iraq -- including the Central Bank -- as corrupt and calls on the Parliament to end the system in place, to liberalize it.  He fails to note that the Parliament he's calling on for action includes his bloc in Parliament which is the largest group in the body.

In other words, he's Tweeting as though he has no say in Parliament and is just a bystander.