The 'liberation' of Mosul 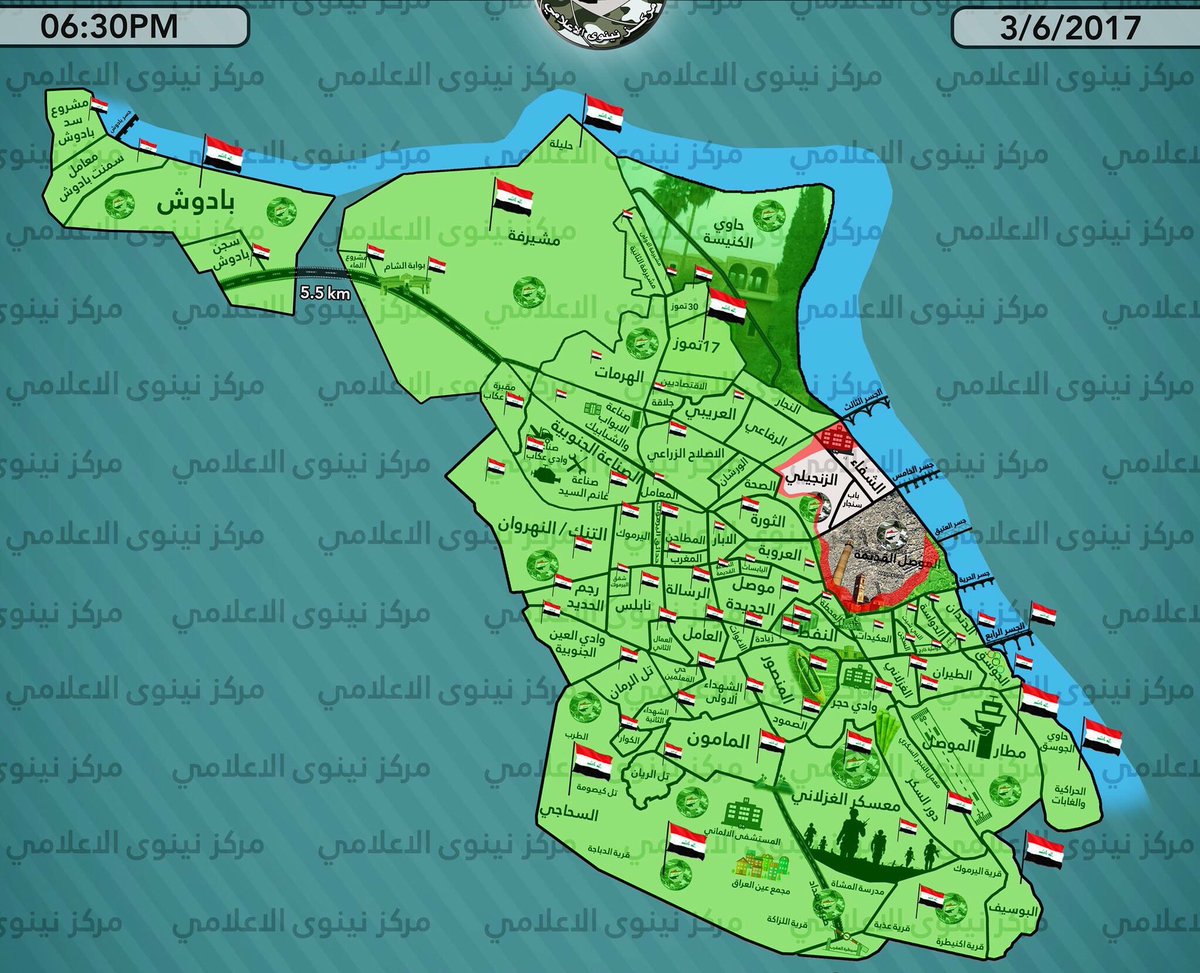 When the US, UK and their fellow destroyers of nations embarked, in October last year, on erasing Iraq’s ancient Mosul in order to save it, did they reflect on the enormity of the cost to humanity and history of their actions now and that of their genocidal, illegal invasion and fourteen year occupation – and counting? (Not forgetting the bombing of the country 1991-2003.) There was a quasi pull out in 2009, but a reported 16,000 mercenaries remained in the US Embassy compound.
Mosul, situated on the Tigris River, was first mentioned in name by the Greek writer Xenophon in 401 BC, although the area was inhabited from probably the 25th century BC. As Fallujah, near destroyed by the US in 2004 was known as City of Mosques, Mosul has been known as City of Churches. The population however, has been richly diverse: Arabs, Assyrians, Armenians, Turkmens, Kurds, Yazidis, Shabakis, Mandeans, Kawliya, Circassians.
Sunni Islam has been the largest religion, but Salafism, Christianity, Shia Islam, Sufism, Yezidism, Shabakism, Yarsan and Mandeanism all coexisted in and around this ancient, hauntingly beautiful city. (1)

Mosul, as so much of Iraq, has suffered unimaginably under ISIS – but it is hard to spot the difference from how Iraq suffered under the US and UK (and are again.) The US bombed the city during the 2003 invasion, murdered Saddam Hussein’s two sons and fifteen year old grandson there in July 2003 – no Judge or jury, just US ISIS style summary executions – as across the nation.


What's being passed off as liberation is very frightening.


Blindfolded, tied up men with dislocated shoulders dangling painfully from ceilings. Teenage boys, hands tied behind their backs screaming for mercy, only for a soldier to execute them in cold blood. Ashen-faced women clutching onto their terrified children after they had just been raped. These are just some of the scenes taking place in Iraq. The most frightening thing about these horrific acts is that their perpetrators are not fighters from the so-called Islamic State of Iraq and the Levant (ISIL, also known as ISIS), but in fact government troops and police units.
Last week, the German news magazine Der Spiegel published harrowing photographs from the battle for the control of Mosul and its surrounding areas between ISIL and Iraqi troops. Ali Arkady, the Kurdish photojournalist who documented the abuses of Iraqi government troops, said he had originally set out to cover the soldiers' heroism in the fight against ISIL. But after witnessing their crimes, his conclusion was that these men were "not heroes, but monsters".
Arkady said he witnessed Iraqi soldiers - not Shia militias - perpetrating a wide array of abuses including abductions, torture, and rape. Not only did Shia soldiers rape one of their Sunni allied tribal fighters, but in one particularly horrifying instance, interior ministry fighters were gloating about raping a particularly beautiful girl. Their comrades, apparently jealous, vowed to pay the already violated and scarred girl a visit themselves.


227 days and only recently has the reality of so-called 'liberation' been covered.

Some Tweets from journalist Rania Khalek: